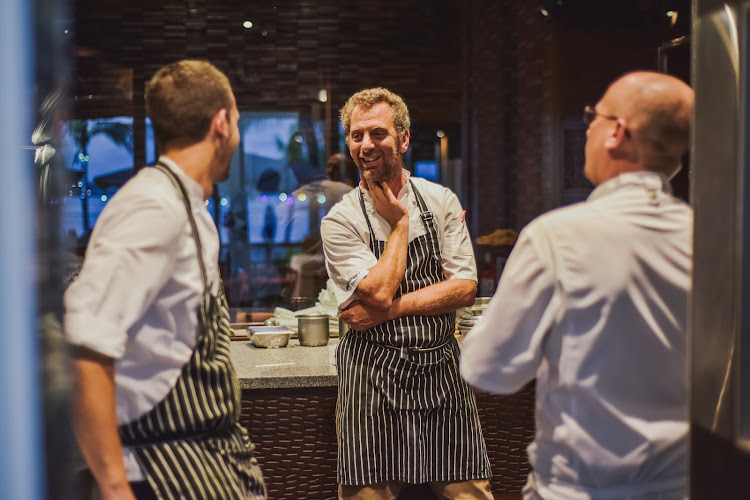 The announcement of the annual World's 50 Best Restaurants list was becoming a snooze-fest. Year after year, a handful of the same restaurants took turns to be named the top eatery on earth. But thanks to a game-changing decision by the academy behind these prestigious awards, 2019's winner was more of a surprise.

That's because former number ones are no longer eligible for the top 50 list. Instead, says the academy, they'll be feted as "all-time greats".

This opened up the playing field for France's Mirazur to take the top spot this year. Denmark's Noma and Spain's Asador Etxebarri came in second and third respectively.

It's worth mentioning that despite taking some of the usual suspects out of the running, there were many overlaps between 2019's top 10 and that of the previous year.

HOW DID SA'S EATERIES DO?

Despite having no shortage of award-winning restaurants on our shores, only one local eatery made the cut. Headed by chef Luke Dale-Roberts, The Test Kitchen in Cape Town was ranked 44th — up six places from 2018.

Tamsin Snyman, head of the Africa and Indian Ocean Islands region of the World's 50 Best Restaurants academy, believes that The Test Kitchen's response to the Mother City's hectic drought may have played a role in its move up the rankings.

"Luke has come through an incredibly difficult and challenging year that has had his team more focused, more inventive and more energised than ever before," she says.

Dale-Roberts' flagship eatery was also named the Best Restaurant in Africa for the second year running.

The Test Kitchen team were delighted with their win, posting on Instagram: "Thank you to all who have supported us along the way."

Why are there no Michelin-starred restaurants in SA?

It's not that our chefs are rubbish, writes Elizabeth Sleith
Lifestyle
2 years ago

It's worth noting that although it didn't make the top 50, another SA eatery was named among the runners-up for 2019. Cape Town's La Colombe ranked 114 out of the 120 eateries lauded by the academy overall.

First published in 2002, the World's 50 Best Restaurants list is one of the most influential rankings of its kind. The annual list is based on the votes of over 1,000 restaurant industry experts worldwide, including food writers, chefs, restaurateurs and "well-travelled gourmets".

The top 10 eateries according to the World's 50 Best Restaurants list 2019 are:

Chef Luke Dale-Roberts' The Test Kitchen in Cape Town has been voted one of the world's best restaurants in a new poll compiled by Elite Traveler.
Lifestyle
2 years ago