Gasp! Did you know that rooibos isn't truly a tea? 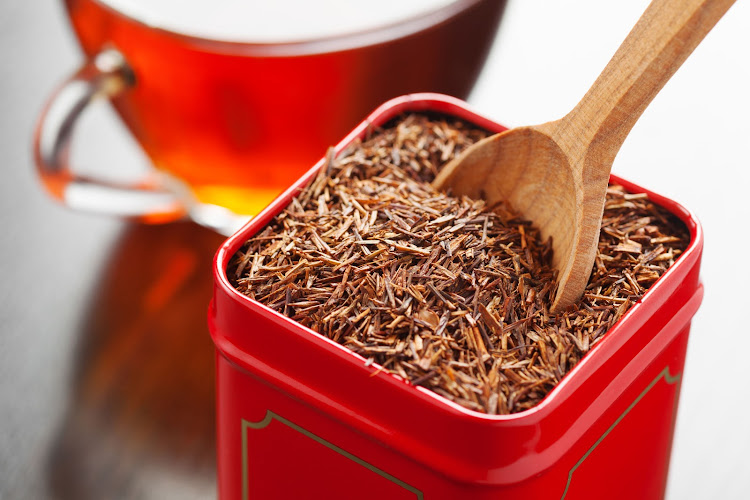 I’ve done tastings of everything from wine to olive oil, and even honey but a virtual tea tasting was a first.

The boxes of teas had been delivered and just before the tasting started via video chat, I was asked to boil the kettle using fresh water. Water that is over-boiled is flat, so it’s best to use fresh water, explained Tetley’s master tea taster Jonathan Kelsey, who would be guiding us through the proceedings.

Kettle boiled, I brewed up six different types of tea, using two tea bags per cup and allowing them to steep for five minutes before removing them. The cups were lined up as follows: Green tea, rooibos, black (regular) tea, Earl Grey, Elaichi chai and masala chai. 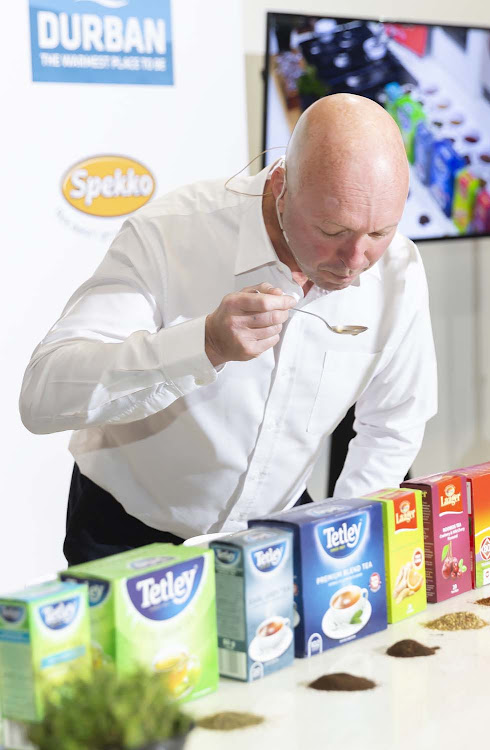 The heady mix of fragrances is what hit the senses first, then it was interesting to see the range of colours spanning from a light greenish infusion in the green teacup to the reddish brown of the rooibos and the dark brown of strong black tea.

Kelsey told us that tea is the second biggest beverage in the world after water because of its affordability.

We were taught that the best way to experience the flavour of a brew is to slurp the liquid from a teaspoon. I found it easier to use a tablespoon, which having more volume resulted in a better and louder slurp.

The rude sound, said Kelsey, offers a more informative taste on the palate to pick up the nuances of the difference in the teas from the slightly sweet astringency of the green tea to the smokiness of a dark blend.

The lure of the spiciness in the almost sweet aroma of the two chai teas won me over — add a little milk and sugar and chai tea is a pleasant way to beat the chill of winter.

Describe a typical day for a tea taster.

Much of my day is spent huddled over bowls of tea in a tasting lab, where we evaluate the colour, aroma and taste of multiple tea blends.

I have to watch what I eat throughout the day because strong flavours can overpower the subtle nuances of the different tea blends.

What drew you to a career in tasting tea?

It was somewhat serendipitous. As a young boy I was home sick one day, and I saw a TV programme with a bald man in a suit tasting teas. For some reason I was drawn to it, and over a decade later I saw a position for a trainee tea taster advertised and it immediately took me back to that moment as a boy. Now I am the bald man in a suit tasting teas.

What tea do you start your day with?

I am a tea traditionalist, so for me, it’s Tetley black tea with a dash of milk and a little sugar.

Research work carried out by a doctoral student at Stellenbosch will help put SA's honeybush herbal tea on the global map.
Lifestyle
6 months ago

At the end of a meal one is traditionally offered coffee. What tea would be a good ending to a meal?

The Tetley masala chai and Elaichi chai are the perfect teas to end a meal when served with lots of milk and sugar or honey.

I always like to end a meal with something sweet and decadent and these teas definitely hit the spot.

It was interesting to learn that green tea sales are on the increase. What is green tea and why are more buying it?

Green tea is made from the same plant as black tea, Camellia sinensis, but it doesn’t go through the fermentation process that black tea does, meaning that it retains a lot of its natural health benefits. 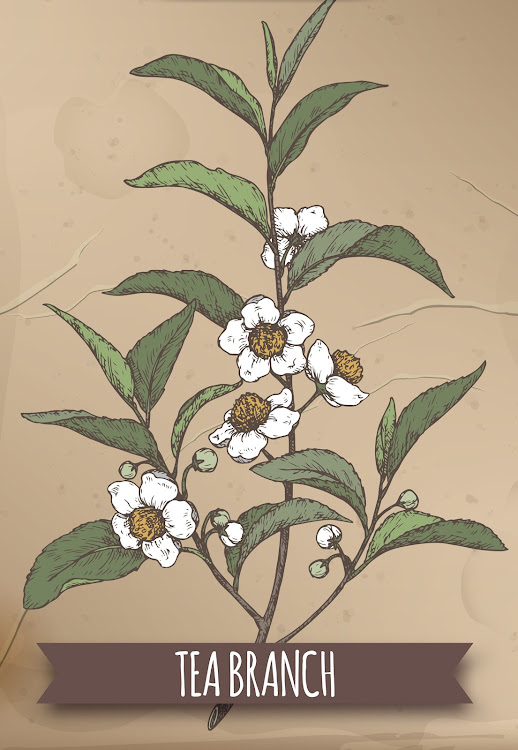 Green tea is becoming increasingly popular in SA and other markets due to the increasing awareness about these benefits. These include that it's very high in antioxidants, which are important for overall health, and can assist with endurance and alertness. It also contains active compounds that have been associated with the protection of cells.

Rooibos is not actually a tea, rather an infusion and sales are buoyant, even overseas. Are sales overtaking standard tea?

Yes correct, rooibos is actually a herbal tisane made from the Aspalathus linearis bush, while all teas in the true sense (like black tea, green tea, white tea and Oolong) originate from the Camellia sinensis plant.

This is also the reason that rooibos is naturally caffeine-free, which has been one of the key reasons why rooibos has become so popular across SA and the world, along with the long list of other natural health benefits that rooibos offers.

A lot of research has been done into the benefits of rooibos for heart health, and also for people suffering from conditions such as diabetes and cancer. Rooibos is also very high in antioxidants, which are very important for protecting cells against damage, and it is low in tannins, meaning it doesn’t impact iron absorption.

While rooibos has grown in popularity over the years, SA still remains predominantly a black (regular) tea market.

The price of rooibos has escalated recently and is becoming more expensive than strong tea. Why?

Rooibos is only grown in one region in the world: the Cederberg Mountains of the Western Cape. Other regions across the globe have tried to produce rooibos and failed due to the fact that it requires a very unique set of climactic conditions to thrive. 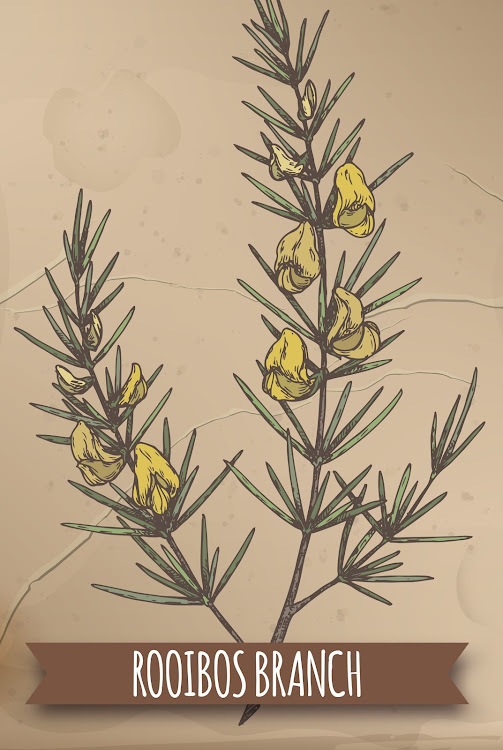 Rooibos tea is made from the 'Aspalathus linearis' bush.
Image: 123RF/Maryna Sokolyan

Because of this, the drought in the Western Cape from 2015-2018 affected rooibos output significantly, driving up the price. The price of raw rooibos escalated by 90%, with manufacturers having to absorb much of that cost. The market is still recovering from this.

Rooibos prices have been stable at the shelf over the last two years with no price increases.

Is it milk first or afterwards when pouring tea?

It’s completely up to you. In times gone by, tea was extremely expensive and could only be afforded by the elite. They drank their tea out of fine bone china, which cracked if hot water was poured directly into it. This started the ritual of adding milk to a cup before pouring the tea.

If tea is being brewed in the cup rather than a teapot, the milk should only be added at the end once the tea bag has been removed, to allow the tea to infuse properly.

When we are tasting teas, we add the milk right at the end so we can evaluate the colour of the teas with, and without, milk. A good quality black tea should have a reddish or ‘golden’ hue to it once milk is added, while poorer quality teas are generally a flatter brown colour.

Beyond drinking tea what else do you use/enjoy tea in?

I love cooking, and I often use rooibos in my stocks for casseroles and soups, because it brings a richness and depth of flavour to the dish that is unparalleled.

Slam dunk: How to make homemade rusks, regular or gluten-free

Chilly mornings need something warm to lure one out of bed. And there’s nothing nicer than a cup of coffee and a homemade rusk or two, or even three
Lifestyle
4 weeks ago

It sounds illogical, but there's hard science to prove it
Lifestyle
1 year ago

How to easily make kombucha tea from scratch