SA’s Michelin-star chef is on a mission to encourage people to eat more game: he shares his tips for cooking it 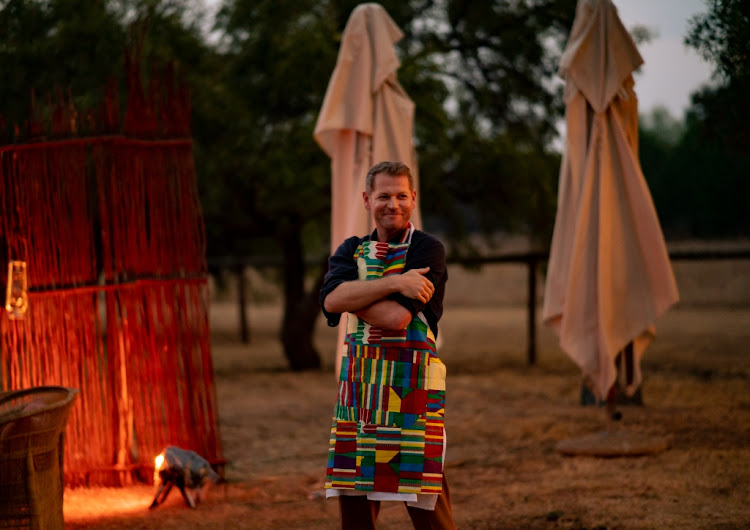 It’s not often Joburgers get the opportunity to sample Michelin-star chef Jan Hendrik van der Westhuizen’s food without boarding a plane to Nice, France, or Cape Town, or making the trek to Tswalu in the Kalahari to dine at one of his restaurants.

But, if you’re lucky enough, a topic close to his heart may just bring him out to Gauteng. This was the case last week when he cooked up 16 succulent game dishes together with chefs Theo Msiza and Siphokazi Sihlali as part of the Taste of Game initiative.

The initiative, which aims to promote game as a sustainable and healthy alternative to less eco-conscious meats, is part of a R10m collaboration between Oppenheimer Generations Research and Conservation and the African Wildlife Economy Institute (AWEI) of Stellenbosch University.

The ultimate goal is to promote sustainable and inclusive wildlife economies in Africa.

Renowned chef Jan Hendrik van der Westhuizen speaks to Andrea Nagel about his latest restaurant, which is in a Kalahari game reserve
Lifestyle
8 months ago

Van der Westhuizen is a fan of game, which appears on the menus of his restaurants. Here, he shares his tips for cooking “exotic” cuts like eland and kudu and explains why it's well worth trying them:

What is the key to cooking tender, succulent game dishes?

A very important thing that I want to bring out [through the Taste of Game initiative] is that it's not always about [serving perfectly tender] melting butter slices of meat.

There are so many more hidden flavours in cuts from other parts of the animal and in the meat from other types of animals. These have that je ne sais quoi or that wow [taste], but we don't know this because we don't want to try them because they're maybe a little tougher [than your typical steak].

I want to challenge people to overstep that barrier. We are humans, we’ve got incredible teeth and we can chew — and to chew is to release flavour and the more we chew, the more flavour you get.

Otherwise, I would say [use your] knife skills [to tenderise meat]. If you know the cut is slightly tougher, you can cut it thinner and lose the toughness.

What cooking tips do you have for people who are concerned about the “wild taste” of game?

Again, I think it’s [about] education and [shifting people's mind sets]. We grew up with chicken, beef and lamb. Maybe if we grew up with kudu, eland and warthog and we didn’t eat beef, that would’ve been a different taste. It’s [about] trying game and experimenting [by pairing it with ingredients like] chillies, chocolate, cherries or spices and herbs. 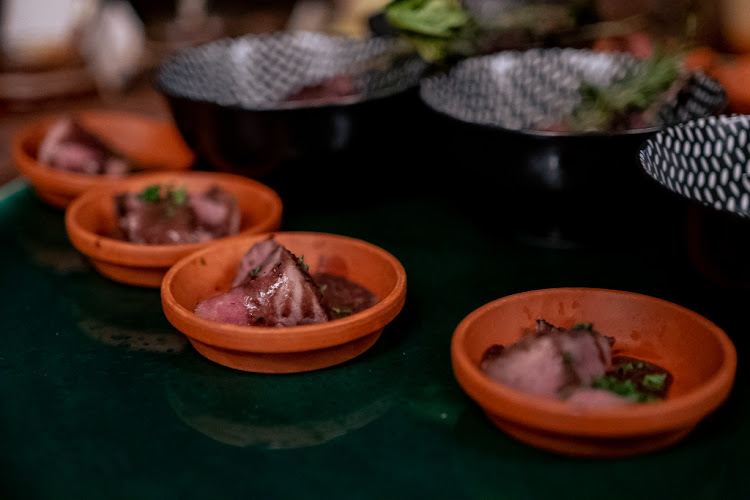 Good seasoning is super important. I always say the success for any chef is to season. Make sure your food is local and fresh, but salt on game needs to be on point. Salt, black pepper and lemon juice.

I love cooking with lemon — lemon juice and lemon rind. It just brings out so much flavour and, to me, lemon is almost my second black pepper. It combines the wild and citrusy, acidic flavours together.

I also love burnt butter with game. The nuttiness works so nicely with a little bit of nutmeg and cinnamon. It’s like winter in a pot for me and hunting season is winter.

In your opinion, are South Africans sufficiently conscious when it comes to sustainability and about knowing where our meat comes from?

I wish we were more [aware] and it’s not only South Africans [who aren't]. Sustainability is a big thing but I think people are really trying to make a difference.

A lot of chefs preach [about sustainability] and don’t practise it, but it’s really our responsibility. The original chef jacket was designed for doctors. That’s why chefs took it over because whatever we put in our body needs to be like medicine — it’s nourishment.

We’ve forgotten what this [jacket] stands for as chefs; it’s an honour to wear it and it’s a responsibility. So wherever we can we [should] try to tell people, have you ever thought about the other option? What’s plan B and what’s happening around us?

In terms of seasonal produce, what should South Africans be cooking with at the moment?

I always look at my vegetables before I look at my protein; it's just to think in reverse. If you start thinking like that as a chef, formulas open up in your mind. So you go, it’s strawberry season, there’s celery coming out, there’s radishes. It’s juicy, it’s watery. It’s watermelon, melons. You think cold carpaccio, like springbok.

I don’t have a problem with freezing meat; that’s a gift we have today. It’s unrealistic to think that we want fresh meat all the time. That’s a different world and it’s not necessary: if you wrap it properly, meat can really last in the freezer. 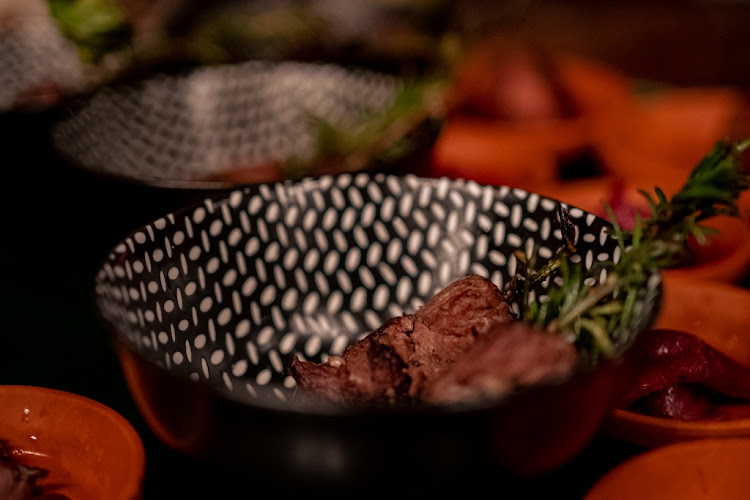 I remember my dad coming home with a whole eland and my mother would chop it up, it went into chest freezers and we would use all of it.

To freeze meat and to slice it [into carpaccio] while it’s frozen gives you super thin, beautiful slices which are delicious with fresh spring vegetables and fruit and a reduced balsamic or chocolate sauce.

You split your time between your restaurants in SA and France. What is your favourite indigenous ingredient that you miss cooking with when you're abroad?

Game! I also travel with mieliepap a lot. We don’t get that in France. I’ve been in trouble sometimes because I’ve put it in vacuum bags and it’s looked like white powder.

[The herb] buchu is my ultimate [SA ingredient]. We always use it at JAN in Nice. It’s almost got a gentle cassis-like flavour and cassis [blackcurrant] is typically from the south of France. I’ve got an old tin full of buchu and we open the tin at JAN and we let people smell it and then we bring a bowl of freshly picked cassis in season and the similarity is insane.

Even game with buchu is super delicious. To do a stock syrup with buchu and just to drizzle your game meat with that — it’s fruity and gives it sweetness. It goes into the meat and it’s good for digestion.

Here's how much you can expect to fork out to dine at Klein JAN, the latest venture of SA's very own Michelin-starred chef
Lifestyle
1 year ago