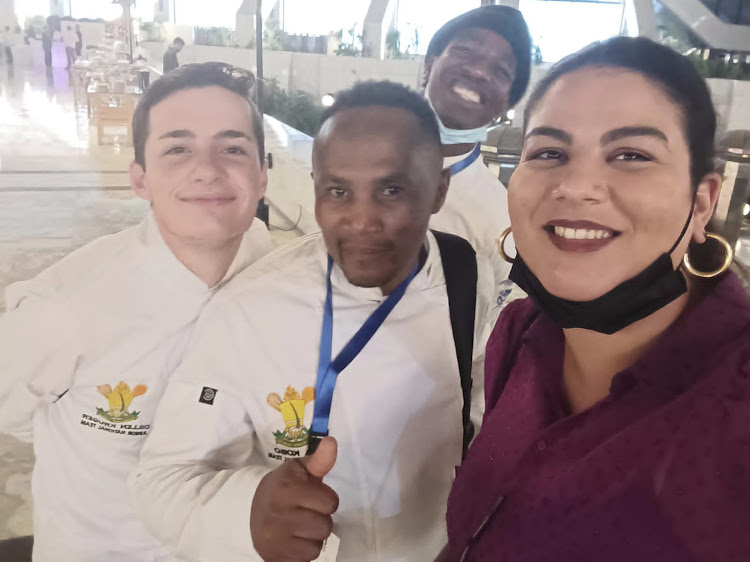 Chef Siya Kobo, middle, with some of the members of the junior national development team that participated in the African Culinary Cup.
Image: Siya Kobo

A group of diverse young culinary teams from Ghana, Namibia, Qatar, Egypt, the United Arab Emirates and SA came together for the sixth competition of the African Culinary Cup in Abu Dhabi recently.

Each team competing — comprising one senior chef and three young chefs aged 25 years and younger — had to put their skills to the test in a five-hour challenge in which they had to produce a three-course meal reflecting the indigenous cuisine of their country. The ask was to prepare 12 plates of each course to be presented to an esteemed panel of judges from the World Association of Chefs Societies and invited guests. 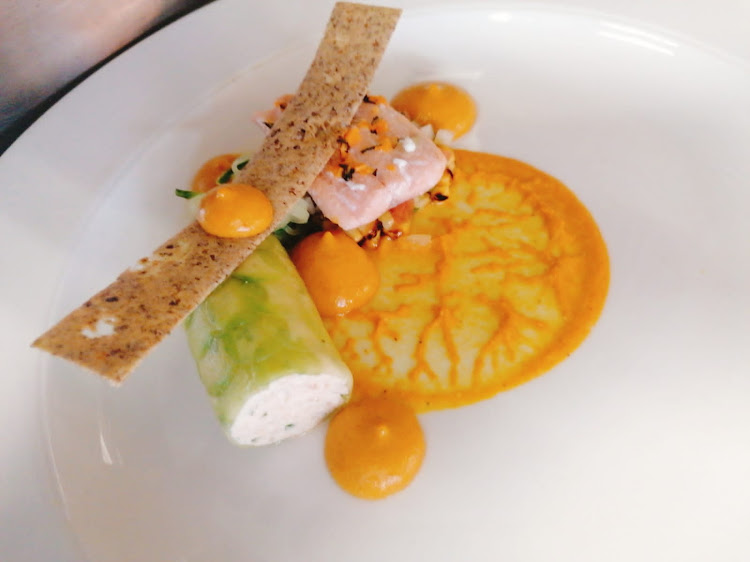 Although only four chefs participated in the final cook off, the SA Junior Culinary team comprises of young chefs across the country and include chefs Afika Xashimba, Kabelo Mohatli, Dillen Kruger, Lwazi Vidima, Maseehah Karodia, Marian Joppan  and Dana-Leigh Coleman.

Behind each team is a trainer and when it comes to young chef competitions one name that stands out in SA is that of chef Siya Kobo of the SA Chefs Association. Well known for his patience and talent, including his ability to make humble SA indigenous ingredients shine through his creative cooking, he is passionate about sharing skills in the training of young chefs for culinary competitions —  as he did for this African Culinary Cup competition. 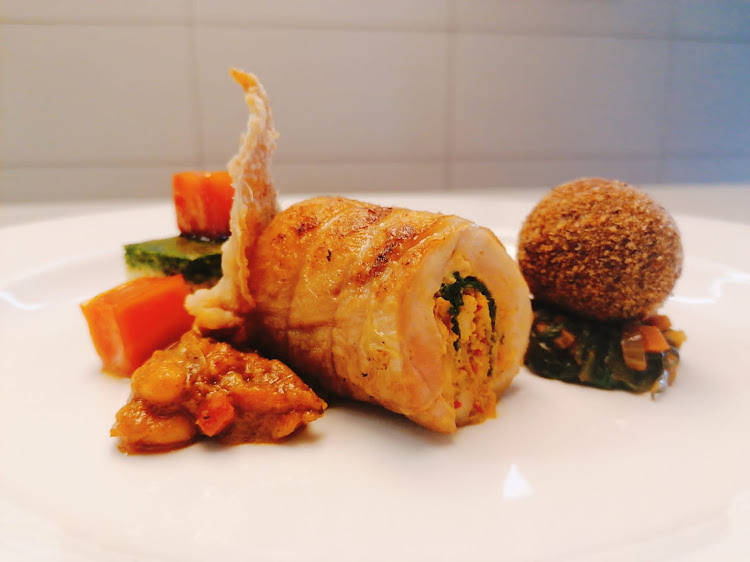 Proud of his “chickens”, chef Kobo and the junior national development team returned triumphant, bringing home a silver medal — a great honour for SA and apt as we celebrate our young talent on Youth Day.

Chef Kobo is never one to shy away from a challenge and speaking to him on their return, he said the competition was tough. For a chef whose aim it is to instil in young chefs the ability to overcome any challenge, participating in this competition really tested those skills. Kobo said there were many hoops and hurdles to jump, like adjusting to the high temperatures in the UAE having come from winter in SA.

“It was very tiring working in that heat giving us extra pressure,” he said. And dealing with a major crisis on the day of the competition when they discovered all the ingredients  they had put together the day before had vanished. Kicking off, they found there was no oven in their kitchen and they had to juggle cooking with another team. 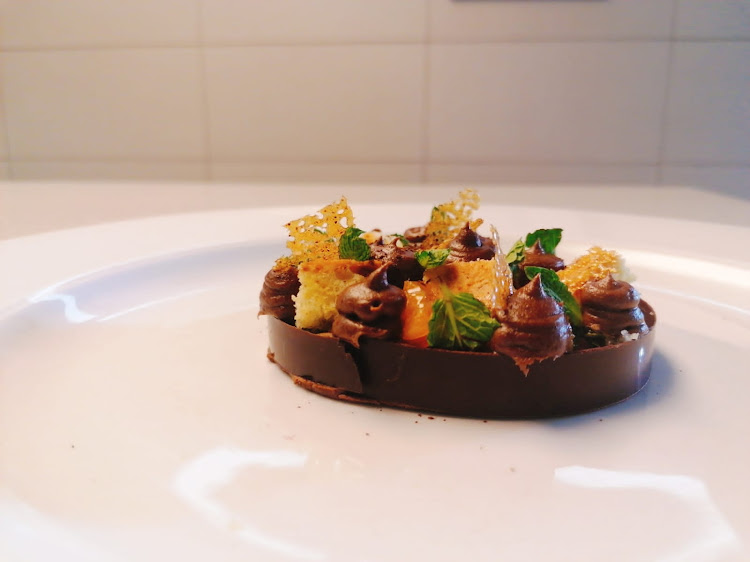 Then in the home run, their choice of naartjie ice cream in their dessert was nearly their undoing as there wasn't an ice cream maker in the kitchen. But they triumphed and Kobo was chuffed with his “chickens”.

The celebratory menu was a starter of trout, rooibos smoked and cured with an amazi paste, a sweetcorn salt and a SA fave relish, a tomato chutney apricot emulsion. The main course was the chicken made into a roll with chakalaka and served with morogo pap, salt baked carrots, a chakalaka purée and chakalaka chicken sauce. A chocolate marquise was the dessert served with a naartjie thyme ice cream and a clever interpretation of a sponge made with maize meal.

All dishes were as pretty as a picture and their silver award meant they had scored between 80—89 points out of 100. High praise indeed.

Brush up your culinary skills with these cooking classes

A trio of hands-on cooking classes to up your game in the kitchen.
Lifestyle
1 month ago

Slow roast your Easter Sunday lamb like a MasterChef

As the industry regains confidence after the crippling consequence of lockdown,  four initiatives for those wanting to pursue a career in food and ...
Lifestyle
4 months ago