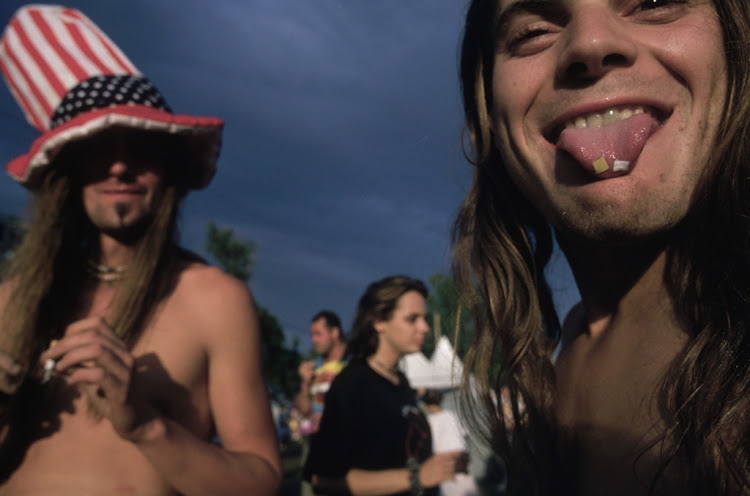 Drowning in a sea of depression, people come to consult a Cape Town psychiatrist clutching packets of prescription drugs. "I see this over and over again," he says, concerned that antidepressants and sleeping tablets are being over-prescribed, whereas psychosocial and alternative therapies get overlooked.

Roughly a third of people don't get the results on antidepressants for which they long, but the renaissance of psychedelic drug research over the past 20 years for treatment-resistant depression and post-traumatic stress disorder (PTSD) may offer them new hope.

About 20 clinical trials using psilocybins (the hallucinogenic compound in "magic mushrooms") and about five trials with LSD - the hippy wonder drug of the '60s - are among those under way, or planned, to test the therapeutic benefits of psychedelics.

The backlash against LSD from its heyday "summer of love" in 1967 seemed to be justified by the risks of shattering acid trips and even suicide, but recent science shows these were exaggerated by the moral panic which took over at that time.

Last year was a landmark year for the psychedelics, outlawed in 1970 as taboo following experiments by countercultural icons like Harvard psychologist Timothy Leary of "Tune in, turn on, drop out" fame and the rise of "acid trips" by hippies in the antiwar movement.

Psilocybin and LSD seem to trigger a process similar to "rebooting the brain" and allowing the ego to step back.

In November 2018 psilocybin, which is illegal in SA and the US, was approved as a potential "breakthrough therapy intervention" for treatment-resistant depression by the US Food and Drug Administration. The biggest international trial on psilocybin began recently in Europe.

Many trials are testing the anaesthetic drug ketamine, known as "Special K" for its hallucinogenic properties, for very resistant depression, and unofficially it is being used by doctors as a last resort. Ketamine got much attention at 2018's European neuropsychiatry conference, said psychiatrist Dr Faadiel Williams.

An intervention of two to three doses, with psychotherapy, could lead to "an enduring improvement in symptoms. In PTSD especially, the effect size is quite remarkable and really unlike anything we have ever seen before," he said.

Science author Leonie Joubert, founder of the Psychonauts podcasts, said: "Psychedelics are about to become legal and mainstream in the States. There is a shifting global zeitgeist."

Across SA, hundreds of people are going on supervised 'journeys' led by healers or shamans on controlled doses of psychoactive substances

Across SA, hundreds of people are going on supervised "journeys" led by healers or shamans on controlled doses of psychoactive substances, including "shrooms", ayahuasca and ibogaine, for healing and spiritual reasons, said Joubert.

One Cape Town professional, who asked not to be named, said that taking the psychoactive shrub ibogaine had rescued her from years of depression and despair triggered by a personal crisis.

She went on an ibogaine journey, which "reset" her mind like a computer rebooting. About eight months later she tried magic mushrooms, which "completely turned my life around" and opened floodgates of emotion.

"As a watcher [on mushroom journeys] I have seen hundreds of people go through this powerful experience," she said.

With our past, and our not so bright present, it's no wonder we're genetically predisposed to depression and anxiety
Lifestyle
2 years ago

UCT psychiatrist Dr John Parker, who works at a public hospital in Cape Town, said psychedelics have "mind-blowing" therapeutic potential, but people need to be wary of any miracle cure for depression.

Brain imaging shows that psychedelic drugs and mindfulness have the power to disrupt a negative thinking cycle.

Controlled doses of psychedelics have the potential to unlock emotions that typically take months of therapy to reach, said Joubert. She said there is no evidence they are addictive.

Psychedelics seem to dampen the fear response in the brain, allowing people with PTSD to confront painful memories

Psychedelics seem to dampen the fear response in the brain, allowing people with PTSD to confront painful memories.

Fear, panic and worry are the most commonly reported adverse effects of ingesting psychedelics in the wrong setting and are usually self-limiting, said West. "There are reports of people experiencing psychosis after taking psychedelics, but these reports appear to be grossly exaggerated," he said.

Stress & anxiety: how to silence the monsters haunting SA's children

SA is home to some of the most stressed-out kids in the world, which is why experts believe stress-management techniques should be built into the ...
Lifestyle
2 years ago

He warned that psychedelic drugs should not be ingested while on antidepressants because the complications are potentially life-threatening.

"Psychedelics have huge power but they should be reserved for situations which require huge power and are carefully monitored," said Parker.

In one study, people with cancer who took psilocybin shifted from being anxious about their death to being at peace and even comforting their loved ones.

Said another Cape Town psychiatrist, Dr Neil Horn: "Psychedelics often promote insights that people struggle to access if they are not in an altered state, and can induce a state of brief euphoria. This can give enormous relief and hope to people, that they can feel happy again when they have not known happiness in a long time."

'Depression is the voice saying you're worthless, but it's lying'