Parents, your teens still need you - and not just as cooks or banks

It may be hard to believe, but teens still want to stay connected to parents 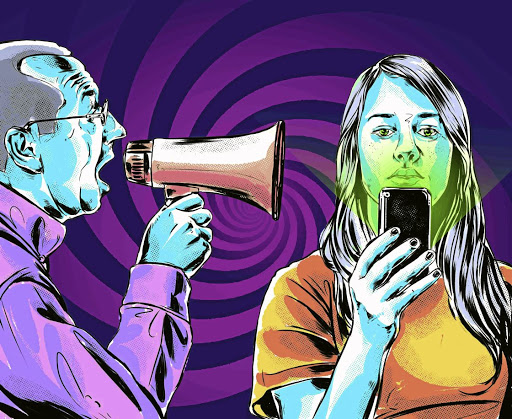 It can sometimes seem like teenagers and their parents are on different planets.
Image: Keith Vlahakis

I've never read parenting books. On the way to hospital to give birth, I scanned a book about what was involved - and was glad I hadn't before. But that baby, now a fine kid, will be 13 this month and will go through a seismic shift in brain and body development, demanding a corresponding shift in parenting.

That's why the book, Hold onto Your Kids: Why Parents Need to Matter More Than Peers, by physician Gabor Mate and developmental psychologist Gordon Neufeld, got my attention. When children reach adolescence they forge greater autonomy and their peer network takes precedence, meaning it's time for parents to start letting go, right? Wrong, says the book. Doubly wrong in this digital age.

Our need for togetherness drives the digital revolution, writes Mate, and social media meets this need with "attachment fixes" that for many young people become more appealing than real life. This can leave parents on the outside, wondering what to do.

When Mate first met Neufeld - after taking his son to him because of outbursts - the psychologist told him and his wife: "Your son doesn't have a problem. You do." The diagnosis was a relationship problem, not a behavioural problem. Neufeld said the attachment between child and parents needed to be strengthened.

"This is what I wish I'd understood as a parent - consciously understood," Mate writes. A physician who worked long hours, he began to make time for his kids despite their lack of enthusiasm, taking them away separately on trips and re-connecting.

Holding onto children means scheduling time for them, or you may have to try to win back a "lost" child like he did.

Parents need to realise that teens still need them emotionally, not just as cooks, chauffeurs and banks. Wits University social worker Busisiwe Nkala-Dlamini said: "Teenagers are forever on the phone and you may be left with only the body, but they still want you to provide support."

'Children are complaining about neglect & the reason is smartphones'

Technoference interrupts personal relationships, but how much damage it does depends on which smartphone tribe you belong to
Lifestyle
3 years ago

In a study involving adolescents living in a township east of Johannesburg, Nkala-Dlamini found that teens exhibited a need to stay connected to their parents, no matter how often they said the opposite.

"They wanted their parents to know where they were going and to check if they had arrived," she said. "They needed their parents' support and guidance, but they also wanted independence."

There is wide consensus among mental-health professionals that parents should try to understand the vulnerability of adolescents and do all they can to remain attached to them, even if their kids don't want to look up from their screens and are able to organise their own Uber rides and delivery meals.

A study found that teens exhibited a need to stay connected to their parents, no matter how often they said the opposite

Ramodungoane Tabane, head of developmental psychology at Unisa, said: "We have created bubbles in our homes where people are in their own worlds with their cellphones. We need to burst those bubbles and have conversations."

Parents tend to talk a lot rather than listen, said psychologist and leadership coach Lindiwe Mkhondo. "We need to empathise more and listen with our hearts."

Anxiety, depression and difficulties with concentration and sleeping are among the reasons many teenagers come to psychiatrist Renata Schoeman, a professor at Stellenbosch University. "Teenagers are not as tough as they say they are. They still need their parents," said Schoeman. "Unfortunately for parents, they are not the first people teenagers want to speak to."

This schism occurs naturally as teens test their independence, signalled by the age-old mantras: "I don't care!" and "It doesn't matter!" Major changes start to take place in the developing brains of 12- to 14-year-olds.

The shifts affect their emotional regulation and decision-making as well as biological functions such as sleep patterns, said clinical psychologist Tamsen Rochat of Wits University's Health Research Unit. These neural developments continue into the mid-20s.

"Society is forgiving of toddlers who have tantrums," said Rochat. "We don't do that with adolescents, and we should - they need empathy too."

She said parents also need support. "We need to empower parents of adolescents to feel that they still have a significant role to play in their children's lives."

Putting a positive spin on teen tantrums, Rochat said they show that children are still invested and secure enough in the relationship with their parents to test the limits at home.

Joanne Fedler, in her book Love in the Time of Contempt, suggests that parents try to manage conflicts "robustly, fairly and constructively" because the way parents fight models this life skill to their teens. "Refusing to be bullied, not stonewalling, speaking calmly . disagreeing respectfully and not holding grudges" is her approach.

Authors Mate and Neufeld urge parents to trust their protective instincts. Instead of allowing ourselves to be pushed away by rebellious adolescents, we should try to win back our teens with attention and affection - not by attempting to control them.

"Instinctive parenting sounds pretty straightforward: speak nicely to your kids, treat them as you would any loved one, be ready with a hug, avoid overuse of your phone in their company, spend time with them, solicit their good intentions," writes Mate.

It is easy to lose touch with these instincts as children grow up and insist on not needing us, but unless parents pursue this relationship, they will be supplanted by their kids' friends. Mate warns when the compass swings too far in the friend direction, away from parents, it can be risky.

Adolescents cannot be perfect role models for each other because their brains are wired for impulsivity. They can be distracted by hormones, screens, brands, sexual attractions and alcohol. Typically they are unwilling to show vulnerability, can be inconsistent and seldom offer unconditional love the way that parents can.

How do parents stay connected when their teens don't even want to talk to them? "By acts of kindness", writes Fedler. "What teenagers need from us in this socially brutal, gotta-be-cool, be-popular-or-die world is a fierce kindness. Especially when they least deserve it.

"When they feel alone, they need to know that we are on their side ... that we've got their backs."

Fedler's mantra is "Always Be Connecting" and she places the responsibility for this ABC squarely on the parent. "I must be the bigger person. I am the adult, after all."

Teens, screens and snacks - a recipe for heart disease and diabetes

It’s no secret that shovelling snacks in our mouths while blobbing in front of a screen is unhealthy, but now science has armed us with hard evidence ...
Lifestyle
3 years ago

Only 5% of teenagers 'get enough sleep and exercise'

A recent survey suggests that the vast majority of teenagers in the US don't get enough sleep or exercise - and spend too much time on digital ...
Lifestyle
3 years ago

What should teenagers be taught about sex?