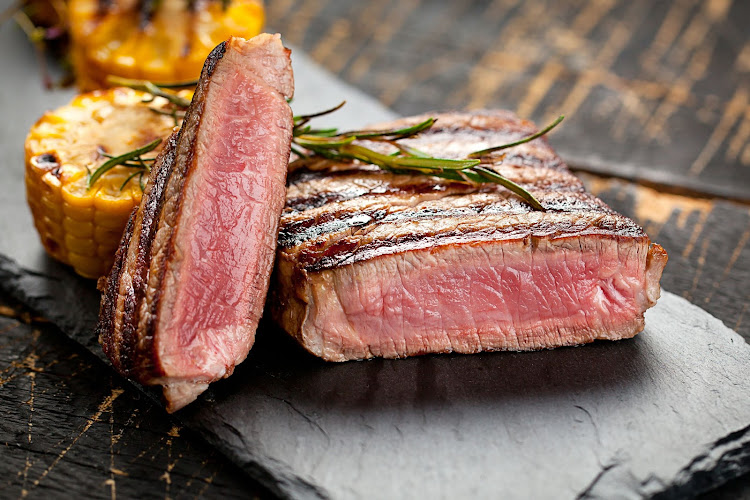 Have that juicy steak you've been craving, it turns out it may not kill you.
Image: 123RF/karepastock

Many middle-class urbanites have a deeply entrenched view that meat is very probably bad for us. Or that, at least, much less of it would make us healthier. The scaremongering around it is so omnipresent that if the meat doesn't kill you, the stress around eating it just might.

Most of us still aren't sure exactly why it's bad. And we're not alone: many of those reporting on the issue (and even researchers) are themselves not sure by what mechanisms meat may shorten our lives. If indeed it does. Research is a tricky thing. Analysis of research results is even more of a minefield.

The incorrect interpretations of two major population studies fuelled health worries around meat. The studies (the Health Professionals Study and the Nurses Health Study - often connected in the follow-up literature) were carried out between the 1980s and 2008 in the US. The studies were large - tens of thousands of participants - and they seem to show that those who ate the most meat, died the youngest.

The media latched on to this conclusion. Based on the reported results alone from virtually all sources, it looks like an open and shut case.

A totally different picture emerges when you look at the research itself. First up, "meat" in the study meant anything from a burger (including the white bun) to the worst processed "deli" products. That's a senseless food group to begin with.

More amazing is that the following data was hardly reported on: the "most meat" group (with the highest mortality) also had the highest alcohol intake, were the biggest smokers, had the highest BMI, and were the least physically active.

The researchers say these factors were "adjusted for". But let's be honest, how could one possibly accurately adjust for them? What's amazing is that this group weren't even dying younger. There are further weaknesses in the interpretation of these studies, but none of them made it into mainstream nutritional reporting. And so, inadvertently, meat was convicted.

THE JURY IS OUT

Negativity towards meat from a nutritional point of view is also a result of the cholesterol and saturated fat hypotheses. Though there has never been one independent piece of research (that's to say, unfunded by pharmaceutical companies or affiliates) proving the theory that either saturated fat or cholesterol cause heart disease, it's become "common knowledge". As accepted as the fact that day follows night. But strangely, it seems fats are not understood at all. Every single food that contains fats, contains all three: saturated, monounsaturated and polyunsaturated.

And how does this relate to cholesterol? It doesn't. Cholesterol is not even a fat, and is unaffected by the ingestion of saturated fat. It's something to consider that the "highest meat eaters" group in the American studies had the lowest cholesterol. And then there's the meat-cancer link. Unbelievable though it may seem, this has as much basis in fact as the saturated fat theory.

Doubtful? Don't look at the reported research results, go to the research. There's evidence to suggest that the processed pabulum making up the average modern urban diet is the real cause of our woes.

This year the EAT Lancet guide came out with recommendations for a largely plant-based diet. Though widely taken on in some quarters, the World Health Organisation retracted support, citing lack of scientific evidence as one of the reasons. The Lancet report has been accepted in the main precisely because former nutritional theories have been taken as fact.

The report does lay out some very good points around better land-stewardship, but then, strangely, its recommended diet - full of outdated and incorrect nutritional advice on both plants and meat - doesn't seem to have much to do with that big picture.

Lancet has doubtless been accepted more easily due to the vegetarian bias in most nutritional "information" doing the rounds. A moral and ideological force is driving not only which research gets taken up by the media, but also how it's interpreted.

EAT-Lancet has been taken up because it suits the zeitgeist. Studies such as 2017 PURE, which advise the opposite, are generally left alone. One thing's certain: for health, ethical and environmental reasons, industrial feedlot meat production is not something any of us should be supporting. Recommendations to eat meat should only mean the eating of absolutely free-range and well-treated livestock. Best-case scenario, not simply free-range but from holistic farming practices which actively regenerates land.

Sadly, most reports on meat do not stress this difference enough. Nor do they stress the difference between processed and "natural" meat, because the latter is a nutrient-dense powerhouse.

It's a complicated subject, fraught with emotion and a thousand opinions. The answer, I'm afraid, is to go down that wormhole and view the details yourself.

Meat-like seitan could be a game-changer for wannabe vegans

Chef and health-guru Matthew Ballenden tells us more about seitan, a wheat-based meat substitute that's gaining popularity, plus shares ideas of what ...
Lifestyle
3 years ago