'The legacy of different architectural styles in Joburg is phenomenal' 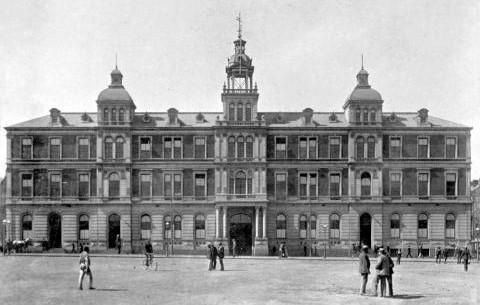 Johannesburg, Egoli, Jozi: a series of dusty farms until the discovery of gold on the Witwatersrand in 1886 saw this rural region of SA's highveld experience rapid growth. The prospectors, miners and shysters aside, the influx of prosperity seekers from around the globe was inadvertently accompanied by various architectural styles.

The Rissik Street Post Office, built in 1897 (and declared a national monument in 1978), remains a fine example of Victorian architectural finesse.

After the death of Queen Victoria in 1901, the Edwardian era came to be, its architecture characterised by rustication, exaggerated keystones, columns and domed towers. And, as was history's wont, that which transpired on the Isle of Pom swiftly found its way to SA. 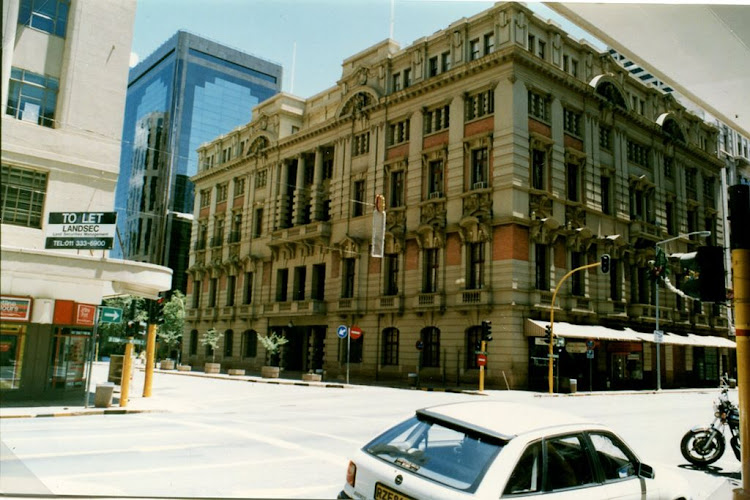 The most prominent example of Edwardian neo-Baroque is situated at 33 Loveday Street, Marshalltown - the Rand Club. This gentleman's club was founded in 1887 by Cecil John Rhodes and has undergone three constructions, the final, current one completed in 1904. Architects William Leck and Frank Emley's edifice constructed from prefab steel features a rusticated ground floor, a stained-glass dome, Doric pillars, and porticoes. The decadence! The dress code! The recent decree that non-members are also allowed!

The Arts and Crafts movement, an international trend concentrated on the revival of traditional building crafts, manifested itself in Johannesburg via the British architect Herbert Baker.

Baker lived in Joburg during the early 1900s and became renowned for his rough-hewn stone buildings with white-washed walls, Venetian windows and steep tiled roofs. He was often commissioned by the larneys of yore - the moneyed Randlords - to design their houses, and today Baker mansions are mostly found in the affluent areas of Westcliff and Parktown, whose hill tops offered panoramic views of the Magaliesberg. Baker was appointed to design St John's College, Roedean School and St Mary's Cathedral, among others.

By the 1920s, Americanism was synonymous with modernisation and this boom town was set on emulating the architecture of the nerve centre of financial prosperity: downtown Manhattan. Enter the era of the skyscraper and the birth of "Little New York".

Completed in 1929, the Barbican Building - in its 11 storeys of eclectic-Art Deco-meets-Edwardian-classic glory - was the first skyscraper to grace Joburg's horizon; a veritable Manhattan-esque marvel in Egoli's inner city.

Aspirations for Yank-worthy heights aside, Art Deco - a style characterised by sleek geometric patterns and shapes, straight lines, and decorative details, in vogue in pre-World War 1 France - had a distinct impact on the architecture of the CBD. 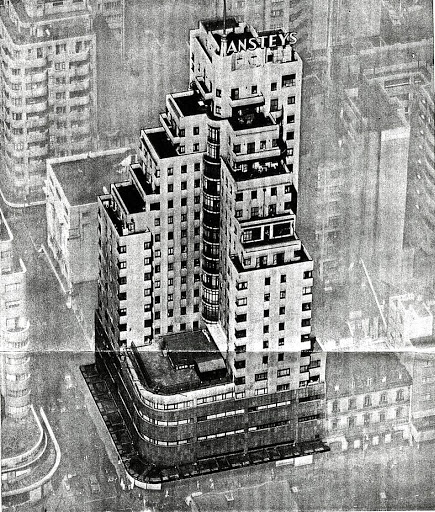 The 20-storey Anstey's Building, completed in 1937, remains one of SA's Art Deco landmarks. Designed in a ziggurat style, Anstey's briefly enjoyed the status of being one of the tallest buildings in Africa, and features wings arranged at sharp angles, angled geometrics and cylindrical glazed windows.

Come 1950 and the densely populated residential area of Hillbrow, comprised of high-rise flats, became known as "Little Brazil" owing to the Brazilian influences on its architecture.

Although Little Brazil no more, Hillbrow remains home to two quintessential landmarks of this gritty city: the Telkom or Hillbrow Tower (completed between 1968 and 1971), and the oft-misunderstood, enigmatic Ponte City, which has seen an equal share of opulence and notoriety since its construction in 1976.

Innovative and now-iconic structures aside, SA's apartheid architecture remains a visual and physical reminder of the country's grim past. The austere Civic Centre, a Brutalist design from 1962, epitomises the severity of the time. Architect and heritage practitioner Yasmin Mayat compares the monolithic, concrete-heavy building to the former government: "Unapproachable, hard, domineering." 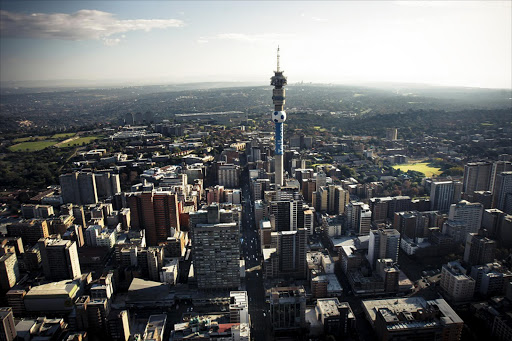 Conversely, the 1980s saw Joburg reliving its heyday, with Mayat describing the era of perms, leg-warmers and Depeche Mode as "another boom and bust" in its architectural history, with the inner city seeing a great proliferation of buildings - from "fancy glass buildings" to hotels.

The '80s was "about the last time a lot of buildings went up in the CBD", she says. During the late '80s and early '90s, the city experienced decentralisation as businesses left for the northern suburbs of Sandton.

"Johannesburg is a relatively young city, but it is a kind of microcosm of South Africa," says Mayat. "The legacy of different styles is phenomenal."

This is echoed by Laurice Taitz, publisher of Johannesburg in Your City Pocket Guide. "Joburg often seems like a city that doesn't place much official value on history", owing to South Africans living in a society where "ideas around ownership and heritage were warped by apartheid history", she says.

Colonial gentleman's clubs, skyscrapers, Pequeno Brasil - what this metropolis lacks in natural beauty, it makes up for with a miscellany of tangible heritage and history. Here's to Johannesburg's architecture: the living embodiment of a complex, bizarre and, ultimately, an ag-no-lekker-hey! country.

When architect Pierre Swanepoel and gallerist Monna Mokoena took a dilapidated electrical substation in Forest Town off the City of Joburg's hands in ...
Lifestyle
2 years ago

Once the city's most notorious address, Ponte City, is now a happy home to thousands with a heart-warming community centre and views for days
Lifestyle
2 years ago