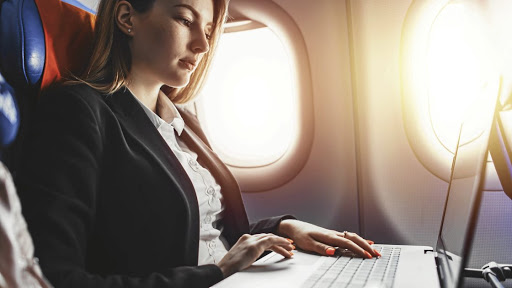 A faulty laptop battery could cause havoc during a flight.
Image: 123RF/Undrey

The US Federal Aviation Authority (FAA) has issued a ban on certain Apple Macbook Pro laptops that may pose a fire risk caused by overheating batteries.

In a July 10 tweet, the FAA said that "recalled #batteries do not fly. Avoid carrying #recalled batteries when flying until repaired/replaced per manufacturer instructions".

The FAA's move follows an Apple announcement on June 20 that the company had "determined that, in a limited number of older generation 15-inch MacBook Pro units, the battery may overheat and pose a fire safety risk".

Apple said the laptops in question had been sold between September 2015 and February 2017 and urged customers who owned the machines to check the serial numbers to qualify for a free battery replacement.

Right now it's not clear what action, if any, local airlines will take following the FAA ban. An airline official I asked about the matter while checking in for a flight on Sunday said it was the first she had heard of it.

Why can't I use headphones or a laptop while my plane lands?

Our travel expert has the answer
Lifestyle
2 years ago

However, if the Civil Aviation Authority does follow the FAA's lead with a ban, there will be slow-moving chaos - and no doubt more than a few unhappy passengers - at airport security.

As Forbes magazine notes, the ban could cause trouble because it is not the laptop itself that has been banned from being carried on a commercial aircraft, but rather its battery. The laptop may have its bad battery replaced under the Apple recall but the machine will still carry the same serial number.

Now imagine the scene at security when by-the-numbers officials make that discovery. I don't know anyone who would willingly throw a 15-inch Mac into the trash bin along with the oversized bottles of sunscreen and tiny keyring penknives.

That said, the FAA is right to be cautious. In-flight fires are very bad news, hence the rigorous safety checks to ensure that passengers do not check in flammable items or carry them aboard.

In 2016, airlines banned Samsung Note 7 phones from their cabins after a number of incidents in which the batteries caught fire. Cabin crews were also given fresh and thorough training in dealing with battery fires.

In March, HP issued a recall for possible faulty lithium-ion batteries supplied with a number of its notebook computers which could overheat and catch fire. That recall involved some 78,500 machines made between December 2015 and April 2018.

According to Bloomberg, while there have been numerous incidents of devices catching fire, none has resulted in a fatal accident on a commercial flight. Lithium batteries carried as cargo have, however, been blamed for causing two fatal cargo plane crashes since 2006.

It's not only passengers' electronic devices that have caused trouble. On a couple of notable occasions involving Boeing's then new 787 Dreamliner, the problem was the plane's own batteries.

In early January 2013, overheating batteries caused a fire on a new Japan Airlines 787. Five days later, the crew of an All Nippon Airways 787 elected to make an emergency landing following a battery malfunction warning in the cockpit.

In both cases, the plane's new lithium-ion battery packs were identified as the culprits, leading to the FAA, followed by aviation authorities around the world, grounding the aircraft until the problems were fixed.

The 787 has gone on to be a popular and successful airliner. Had those fires resulted in a tragedy, it would be a different story.

• We can help with your destination dilemmas, visa puzzles and itinerary ideas.
E-mail us on travelmag@sundaytimes.co.za

How close are we to flying on planes without pilots?

Our travel experts answer your queries
Lifestyle
2 years ago

Mixing with the best: how to craft your own cocktails on a plane

Can I ask for a second helping on a plane?