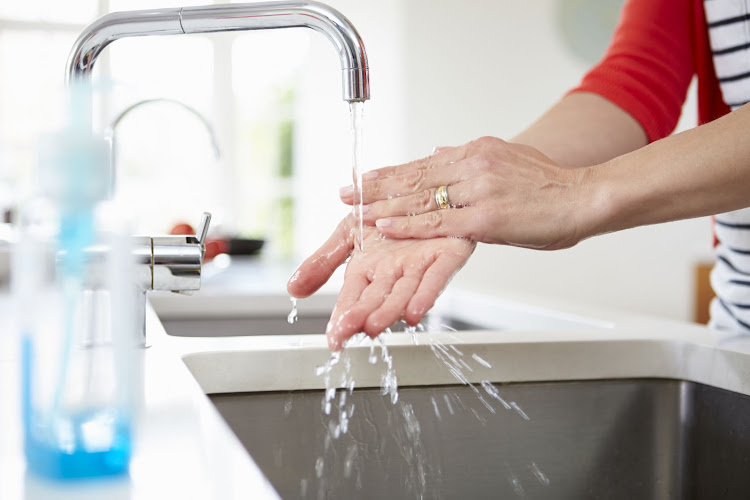 Fingernails, and the crevices around rings and jewellery, could carry the listeria bacteria without a hand sanitiser cleaning there as thoroughly as soap and water would.
Image: 123RF/Cathy Yeulet

Fears are growing that listeriosis, already responsible for 82 deaths in South Africa in the world's worst reported outbreak, will be given added momentum in Cape Town by Day Zero.

Experts predict that handwashing, the food-borne infection's most potent enemy, will take a dive after taps run dry, and hand sanitisers are not as effective against the bug.

According to Juno Thomas of the National Institute for Communicable Diseases, "as a preventive measure against food-borne disease, unfortunately there is no substitute for thorough [hand]washing with soap and water".

Adapt or dry: Cape Town is a city at a crossroads

What will happen when the taps are turned off in Cape Town?
Opinion & Analysis
4 years ago

This is because while handling food, "you will often come into contact with grease or oil and food particles and dirt, which can harbour the bacteria and are not effectively removed simply by using, for example, hand sanitisers".

Fingernails, and the crevices around rings and jewellery, could carry the listeria bacteria without a hand sanitiser cleaning there as thoroughly as soap and water would.

Professor Mark Nicol, a medical microbiologist at the University of Cape Town, said inadequate cleaning of utensils and surfaces was another risk.

This was particularly true of surfaces where raw food (such as poultry) has been prepared. "Raw and cooked food must be separated and different utensils and surfaces used," he said.

It is also possible that "hygiene practices by food producers might be compromised by water restrictions".

Nicol said: "We need to pay careful attention to maintaining hand and kitchen hygiene during the drought, both in our homes and in the food industry, otherwise we will be at significantly increased risk of listeria and other food-borne illnesses."

The origin of this outbreak is still unknown, making its containment more challenging. What is known is that it comes from a single source, probably a product eaten often, and has occurred across the country and in all socioeconomic brackets.

The infection has shown up in 820 cases since last January. Gauteng has carried the highest burden (around 60%), with the Western Cape second (13%). Where data is available, it shows that 34% of infected people (82 of the 238 cases that have been tracked) die.

According to online health resource WebMD, symptoms of listeriosis include "fever, muscle aches, and sometimes nausea or diarrhoea".

Get the ubuntu flowing when Cape runs dry

The past week has been unedifying and deeply troubling as Capetonians anticipate the death rattle of millions of taps in 74 days or fewer. After the ...
Opinion & Analysis
4 years ago