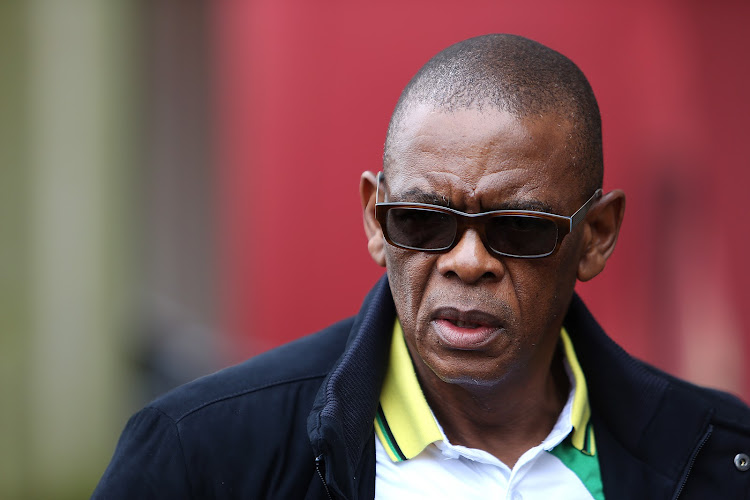 ANC secretary-general Ace Magashule says "dark forces" in the ruling party are hellbent on distracting from the struggle for economic freedom and the battle against white monopoly capital.

He was speaking at a memorial lecture in honour of struggle stalwart Walter Sisulu, held at the Waaihoek Methodist Church in Bloemfontein yesterday. In a prepared speech, he said it is unacceptable that the economy is still in white hands.

"It just cannot be that 25 years after our first democratic elections, the control of the resources of our country is still primarily in the hands of white people, who are the descendants of colonists who stole our wealth and land in the first place. We cannot allow a few to be co-opted into the power structure (of the mainly white rich), while many, (indeed most blacks and African people) still remain poor. We cannot defeat white monopoly capital by allowing it to co-opt us."

He said the ANC has to remain steadfast in the struggle for economic freedom.

ANC Western Cape elections chief Ebrahim Rasool has become the latest party heavyweight to lash out at secretary-general Ace Magashule, saying he had ...
News
3 years ago

Speaking in a mix of Sotho and English, Magashule offered support to international relations minister Lindiwe Sisulu, who he said is "under attack" for downgrading the South African embassy in Israel.

"You are going to be under attack by those who don't want to implement the resolutions [of the ANC]. Stay resolute because you are complementing the highest decisionmaking body resolutions," said Magashule.

Magashule was referring to the ANC's 2017 conference resolution that said SA should downgrade its mission in Israel.

Magashule reiterated that the party's election win was a collective effort and the likes of Nkosazana Dlamini-Zuma had also contributed.

The ANC in the Western Cape has postponed next month's provincial electoral conference as deep divisions in its leadership emerged this week.
News
3 years ago

ANC elections head Fikile Mbalula is expected to deliver an analysis of the party's performance at the polls at a meeting of the party's national ...
News
3 years ago

Deputy President David Mabuza could be a surprise omission and women's minister Bathabile Dlamini might be axed from President Cyril Ramaphosa's ...
News
3 years ago