Out with the old Zuma, in with the new? 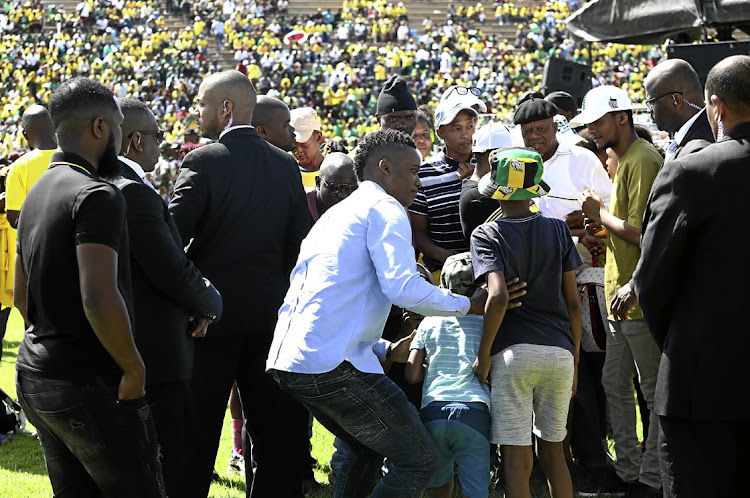 Bodyguards in black suits surround Duduzane Zuma as he embraces two boys during the ANC 108th anniversary event in Kimberley last month. He represented his father at the celebration.
Image: Masi Losi

What do you do when your preferred Zuma faces years of litigation and possibly jail time, and you need a figurehead to lead your “fightback”? Simple. You get another Zuma.

Duduzane Zuma’s time may have come and the ANC faithful appears delighted.

Whether waving to the party’s birthday crowd in Kimberley, or drawing whistles at an ANC celebration in Port Shepstone, Zuma the younger, who allegedly played a central part in dad’s state looting, is emerging as a favourite to step into the old man’s shoes.

To some Jacob Zuma supporters, Duduzane may be the solution. One Zuma supporter who thinks so is former ANC Youth League (ANCYL) deputy president and convict Andile Lungisa. He told the Sunday Times that the ANC should take advantage of Duduzane’s popularity.

“The masses are falling in love with Duduzane and it all started during his court cases.

“Now that his father, a popular figure in his own right, is not attending ANC events, the attention is on his son,” said Lungisa. 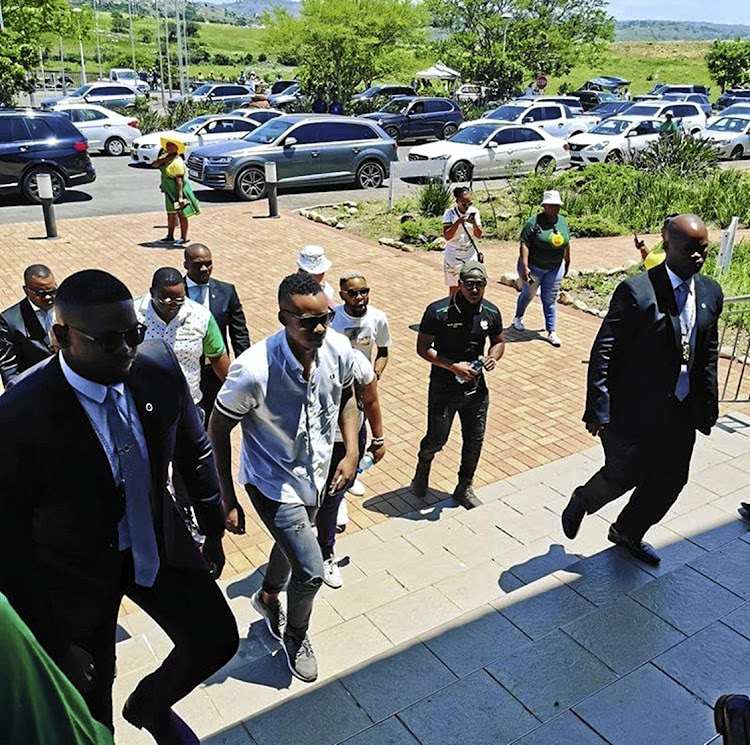 “It is good to have a young person within the ANC who is prominent and finds expression with young people.

“In 1996, Tata Walter Sisulu raised this when he asked why Doctor Khumalo, who was very popular at the time, was not a member of the ANCYL, and now that conversation is about Duduzane.”

Duduzane has amassed massive social media capital in politics and, unlike real politicians, he cannot be judged on his ideas, but on his handsome looks.

His name trends on social media for days after his Hollywood-style appearances. Many speculate on what his sudden appetite for handing out T-shirts at ANC events will lead to.

Duduzane told KwaZulu-Natal radio station Gagasi FM he did not need to be invited to ANC events.

“I attend when I can … I have been attending for many years … people are showing me support,” he said yesterday.

He was coy about his political ambitions, saying only that it was “interesting” that his name was mentioned in that regard.

He said SA needed the political will to solve its problems, like the state of state-owned enterprises, crime and education.

“If we want to capture the imagination of young people in our country Mcebo [Dlamini] and Duduzane has to be part of plan.”

“Eskom is a wonderful asset, a global leader … and a problem that can be fixed,” he said.

The problems, he said, needed to “be fixed at the highest level. We are focusing on the wrong approach.”

Asked on Gagasi FM about his public appearances, Duduzane said he had decided to stay out of the public eye in order to deal with his “well-publicised issues”.

He spoke about his relationship with his father, saying Zuma made time for his children even though he was not a “stay-at-home-dad”.

With the ANCYL national congress insight, some have speculated that Duduzane may be eyeing political office. However, he turns 36 this year, ruling him out.

The speculation about his political ambitions was fuelled by Lungisa, who tweeted: “If we want to capture the imagination of young people in our country Mcebo [Dlamini] and Duduzane has to be part of plan.”

Political analyst Bheki Mngomezulu said if Duduzane were an ANC member in good standing, nothing could stand in his way to win a position in the party.

Mngomezulu said that perhaps Duduzane was sending a message to ANC structures that he was available.

“The trend now in the global political sphere is the rise of political populism wherein you do not want a politician who is a nobody but one who is popular.”

Former president Jacob Zuma skipped the ANC’s birthday celebrations this weekend, for the first time since he stepped down as party leader in 2017.
News
1 year ago
Next Article