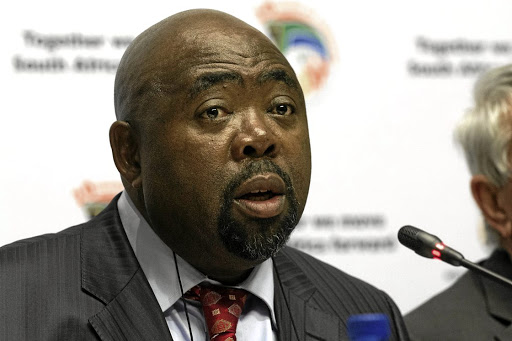 Business has hit back at claims by the labour minister that companies are to blame for delays in getting emergency lockdown funding to workers, accusing the Unemployment Insurance Fund (UIF) of being grossly unreliable.

This comes after the UIF started processing applications for May payments only after payday at the end of last month and started to pay benefits only in mid-June, with millions of workers still not having received their May money by this week.

The UIF has so far paid out a total of R23bn to almost 4-million employees under the Covid-19 Temporary Employment Relief Scheme (Ters), introduced at the start of the lockdown to support workers who had lost income or jobs as a result of the crisis.

But delays and IT trouble ensued after the UIF decided to change its systems at the beginning of May to enable it to pay employees directly, rather than via their employers, alleging that certain employers - who were not named - had not distributed April benefits to workers.

"We are perturbed at the suggestion that employers should carry the blame for employees not receiving their Ters benefits timeously, when the administrative system has proved so grossly unreliable," said Business for SA labour workstream convenor Rob Legh.

"The pressure that employers have felt from employees due to the late payment of their Ters benefit was exacerbated by the minister and the UIF commissioner blaming employers for the delays, which were the consequences of the fund's systems breakdowns. We do not believe that this is fair."

Legh urged that June applications for the Ters benefits be opened immediately so that any further systems delays could be resolved soon.

Employment & labour minister Thulas Nxesi has accused companies of not paying workers what is due to them but has yet to provide details. In a statement on Monday he said there were indications that some people and companies had taken advantage of the help being advanced to workers and were seeking to enrich themselves. The UIF had appointed auditors to follow the money trail, he said.

Labour and business have urged him to name and shame implicated employers. Cosatu's parliamentary labour convenor, Matthew Parks, said the union federation had asked the minister a month ago to expose companies that misbehaved, after it obtained a legal opinion confirming the minister was permitted to do so.

Legh told a Business for SA webinar this week that many companies had expressed frustration with accessing the UIF system, uploading claims and securing payments for employees.

Parks said Cosatu was bombarded daily with complaints about delays in Ters payments. There clearly was some corruption where employers were receiving Ters funds on behalf of employees but not paying them over, he said. A small working group with the UIF, business and labour had been set up to go through complaints, he added.

However, Parks said: "To be fair, the UIF was never designed for a total shutdown of the economy. It is now paying out R700m to R1bn a day on average, where before the shutdown it was paying out about R17m a day in unemployment benefits."

The UIF allocated R40bn to the Ters fund, which is due to run until the end of this month, but Parks estimates it will pay out more than R50bn.

There are growing concerns about what happens when the scheme ends. A survey this month by TIPS (Trade and Industrial Policy Strategies), Business Unity SA and the Manufacturing Circle found that more than half of companies said they would probably have to retrench when the UIF grant ended, expecting to downsize on average by 15%-20%.

Legh said Business for SA had offered technical assistance to the UIF at the outset of Ters, some of which was eventually taken up. Most April payments were processed efficiently, though there are several hundred thousand still outstanding.

The department of employment & labour did not respond to Sunday Times queries yesterday.

Employment & labour minister Thulas Nxesi has appointed auditors to follow the trail of money paid to companies since the start of the lockdown after ...
News
2 years ago

The ongoing lockdown, now under risk adjusted alert level three, has brought to the ‘public eye’ the gravity of urban food insecurity ravaging ...
Ideas
2 years ago

The DA says processing applications for the Covid-19 Temporary Employer/Employee Relief Scheme (Ters) for May should have started in the middle of ...
Politics
2 years ago

Technical glitches on the UIF website are causing frustration as many people have not been able to submit claims from its Covid-19 relief fund.
News
2 years ago