Back to school: As Covid-19 bites, calls mount for doors to stay shut to 6-million set to return 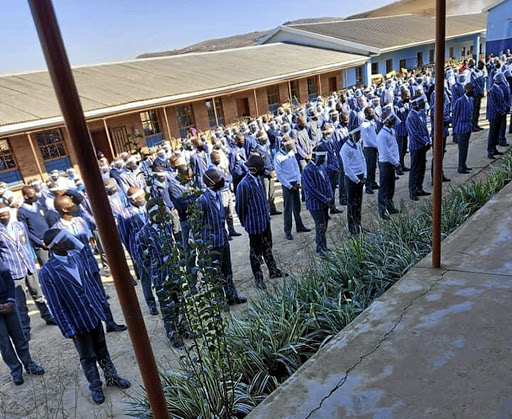 With about 6-million pupils set to return to school in a week's time, teachers and Sadtu in the Eastern Cape are pushing to keep the doors closed as morale among staff and pupils plummets due to disruptions caused by Covid-19.

Since grade 7 and 12 pupils resumed classes on June 8, more than 500 schools across SA have had to close down temporarily due to Covid-19 outbreaks.

Among them is Makaula Senior Secondary in Mount Frere, in the Eastern Cape, where 240 pupils and staff have tested positive. The principal blames the pupils for the outbreak, but the provincial health department says it has found the school did not adhere to basic safety precautions. On Monday, 51 infected pupils were allowed to leave the school. Only 17 have been traced.

Pupils in grades R, 1, 2, 3, 6, 10 and 11 are due to return to the country's 23,675 public schools on July 6. Across SA, 48 school days have already been lost since grade 7 and 12 pupils returned - but the education department is adamant it will go ahead with the next phase, saying it has learnt from past experience.

At Residensia Secondary in Sebokeng, Gauteng, the 225 matric pupils have received only one full day of lessons since schools re-opened three weeks ago.

At the Lesedi-La-Thuto Primary School, also in Sebokeng, the 140 grade 7 pupils had just two days of schooling before a teacher tested positive and the school was closed. It has remained shut because most of the teachers, who underwent Covid testing on June 10, have not yet received their results.

Teachers, parents and provincial education departments this week admitted that lessons for grade 7 and 12 pupils were being severely disrupted.

This comes in the wake of protests on Thursday by teachers from several Cape Town schools, who demanded schools be closed to protect teachers and pupils' lives.

The Western Cape education department confirmed that 236 schools reported having infected staff members. In Gauteng, 176 schools have been affected, with 188 teachers and 58 pupils testing positive. In the Eastern Cape, 132 schools remain shut. Six schools in the Northern Cape and 14 each in North West and Free State also had to close.

David de Korte, national president of the South African Principals' Association, which represents the heads of 3,000 schools, said: "Every single day grade 12s miss is a day they fall behind. The grade 12 programme hasn't been trimmed in any way, so there's no way those children are going to be in the same position as a child who has had seven periods of lessons a day every day."

Professor Nicky Roberts of the University of Johannesburg said there was agreement in many countries that there should be no high-stakes academic assessments of pupils.

"I think this should be our approach for grades R to 11. And we should keep this on the table as a possible option for some or all of our current grade 12s," Roberts said.

Writing in the Sunday Times today, basic education minister Angie Motshekga says SA's schools "offer a new frontier against the pandemic as they are repurposed as epicentres of surveillance, screening, contact tracing and testing of cases that would otherwise have fallen through the cracks".

"We understand the contestation from some quarters as this is a new terrain of struggle, but we shouldn't allow panic to guide public policy," she adds.

"We must be mindful of the reality, as confirmed by research, that the longer marginalised children are out of school, the less likely they are to return."

"As yet they are not originating from our facilities. However, society must prepare for this eventuality - community transmissions can become bushfires within our schools. It is not a matter of if, but when." 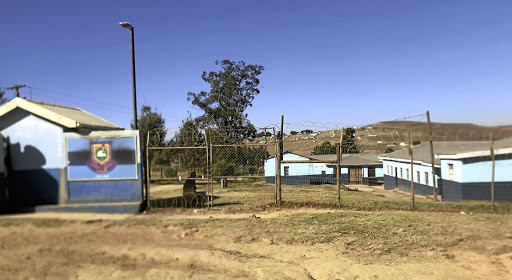 The hostel at Makaula Senior Secondary was found by an environmental health practitioner to be lacking in safety protocols.
Image: Mpumzi Zuzile

Meanwhile, at Makaula Secondary, which has a 1,200-bed boarding facility, principal Luzuko Mbana said the pupils were already infected when they returned to the school on May 31. There are 284 grade 12 pupils at the school, but only 240 had returned after the lockdown.

Mbana said he had only contacted a few of the parents. "I contacted those parents that could be contacted. Pity I just couldn't contact all of them. These kids only had sore throats and mild flu," he said.

District health manager Nomkhitha Mtonjana said they only became aware of the issue when a support staff member at the school alerted the department that pupils were sick. She said that when her team arrived at the school on Tuesday to conduct more tests and give out test results, 51 pupils had already left.

Mtonjana said an initial inspection by an environmental health practitioner found conditions at the hostel lacking in safety protocols. "There is no social distancing, beds are close to each other, there is no warm water and the place is just dirty," she said.

Mbana confirmed that the school has been without electricity since an electric pole was damaged during the lockdown.

An angry Phumla Gxobole, whose son was one of the 51 pupils who left the school premises, told the Sunday Times she had been repeatedly reassured that her son was fine.

"On Monday I saw on the news and social media that many children at the school were sick. I was shocked when my son arrived home with his belongings."

Gxobole, who lives with her 70-year-old mother, who is on chronic medication, said her son was only taken to a quarantine site four days later.

Alfred Nzo district municipality spokesperson Lixolile Petela said the municipal health services' initial report on the assessment of the state of Makaula Secondary's boarding facilities had been handed to the education department.

Eastern Cape health department spokesperson Sizwe Kupelo said teams of health workers, including doctors, had been deployed to the quarantine sites where the pupils were being kept.

Basil Manuel, executive director of the National Professional Teachers' Organisation of SA, said the department was "biting off more than it could chew" by phasing in seven grades.

"I cannot see how primary schools are going to manage 75% of the children back at one time. It is a recipe for many things going wrong, especially in terms of the anxiety of teachers, parents and learners."

Matakanye Matakanye, general secretary of the National Association of School Governing Bodies, does not believe that schools will be able to accommodate the grades returning, but says they should use either the platoon system or teaching grades on alternate days.

Yes, there are Covid-19 cases at Soweto school, but department mum on claims teachers, pupils not told

TimesLIVE has seen a letter issued by the school on Thursday, confirming that four teachers contracted Covid-19.
News
2 years ago

Basic education minister Angie Motshekga has issued directions to provide clarity and guidance for phase two of the reopening of schools.
News
2 years ago