Why basic education minister made U-turn on return to class

Experience showed schools would not cope with influx 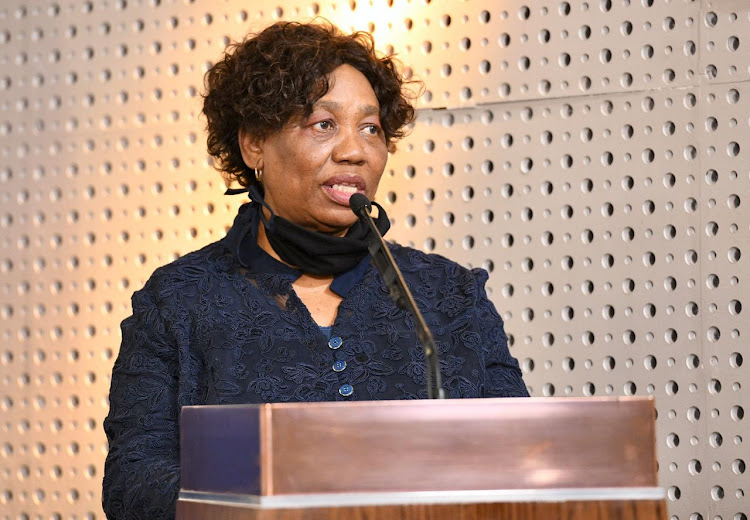 The basic education department has admitted that it drastically cut the number of pupils returning to class tomorrow because the experience of the past month showed schools would be overwhelmed.

Basic education minister Angie Motshekga announced on Thursday that only grades R, 6 and 11 will return tomorrow. According to the Government Gazette of June 29, grades 1, 2, 3 and 10 had also been scheduled to return.

The department's spokesperson, Elijah Mhlanga, told the Sunday Times yesterday that it took a little longer for work to be done in schools when processing learners for compliance with safety requirements.

"Schools indicated that handling multiple grades would be a big challenge," he said.

The fact that 20,140 teachers have comorbidities, increasing their health risk if exposed to Covid-19, had also played a role in the decision to cut the number of pupils returning to school.

"The number of learners with comorbidities who need support is also considerable. It is for schools to prepare properly for learners, who will not be coming back to schools through no fault of their own."

Mhlanga added: "There were schools still waiting for water supply, without which they can't take on more learners."

Basil Manuel, executive director of the National Professional Teachers' Organisation of SA (Naptosa), said a survey by the five teacher unions showing how unprepared many schools were would have contributed to the decision that only three grades will go back.

The survey found that 31% of schools across the country would not have enough water for pupils and staff to wash their hands and that 23% of schools had not received water tanks.

Days before Motshekga's U-turn on Thursday, the Eastern Cape education department asked the national department to allow it to delay until next month the return of all but matric pupils.

The provincial superintendent-general of education, Themba Kojana, wrote to the director-general of basic education, Mathanzima Mweli, proposing that other grades return only on August 3 because of an increase in Covid-19 infections at schools.

The Eastern Cape has since said it will accommodate the three grades returning tomorrow.

An insider with knowledge of this week's council of education ministers' meeting, in which Motshekga, her deputy Reginah Mhaule and the nine education MECs took part, said the minister was forced to reduce the number of grades because several provinces were "just not ready".

Manuel said: "Our research clearly showed the departments weren't ready. We are happy that sanity prevailed because it would have been really embarrassing had pupils been allowed to go back and then been turned away because schools didn't have the necessary personal protective equipment [PPE]."

Provincial education departments scrambled on Friday to get principals to collect the equipment from circuit and district offices.

Officials in North West and Limpopo told the Sunday Times the delivery of PPE to schools in those provinces will only be completed over the weekend.

Principals of schools in Pietermaritzburg's Northdale circuit received a WhatsApp message from the circuit office on Friday telling them to collect face masks. "We only have a limited number of masks; it will be first come, first served," the WhatsApp message read.

Naptosa said principals in the Eastern Cape had indicated that PPE supplies had not yet been delivered for the pupils returning tomorrow.

Water tanks have still not been installed at more than 900 schools, including 794 in KwaZulu-Natal, 103 in Limpopo and 36 in the Eastern Cape.

A teacher at a high school in Rustenburg, in North West, said the school had made extensive preparations for the return of grades 10 and 11 - only to be told at the last minute that only grade 11 will be returning. "This is very disappointing as the timetable had to be rearranged."

A teacher at a primary school in Pietermaritzburg said the school had asked grade 7 pupils to remain at home from tomorrow because they were expecting the return of the extra grades.

"We had to completely change the timetable to accommodate these learners. The last-minute change by the minister has inconvenienced us. It's so frustrating."

With the expected return of more grades, most schools had opted for alternating classes, which would offer pupils five days of schooling in a 10-day cycle.

At Sedimothole Secondary in Limpopo, for example, if both grade 10 and 11 pupils had returned tomorrow, teachers would have been forced to teach the matrics from Wednesday to Saturday every week because of the shortage of classrooms and furniture.

One teacher said the plan had been to teach grade 10 on Mondays and grade 11 on Tuesdays.

Motshekga is due to announce the dates for the return of grades 1, 2, 3 and 10 today.

Only two grades will return to school in KwaZulu-Natal: internal memo

Only grade 6 and 11 pupils in KwaZulu-Natal will be going back to school on Monday instead of the seven grades originally scheduled to return, ...
News
1 year ago

The government has decided not to allow all pupils who were scheduled to return to class next week to do so.
News
1 year ago

Gauteng premier David Makhura on Thursday said the province would make submissions to the national coronavirus command council to reintroduce ...
Politics
1 year ago