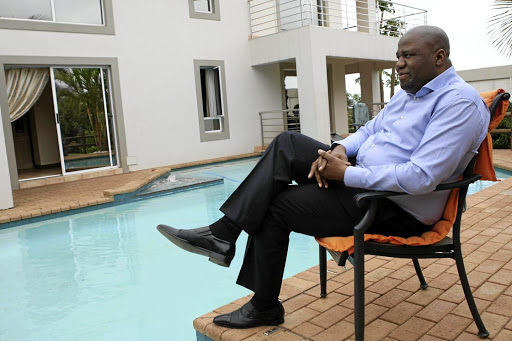 Powerful KwaZulu-Natal taxi boss Mandla Gcaba is locked in litigation with eThekwini municipality in a bid to maintain his stranglehold on transport in Durban and control over the bus service which, through his company Tansnat, he has run for more than a decade.

The city wants to create a new entity to run the service and has put out a tender as part of the process, but Gcaba, who also owns the lion's share of the taxi business in parts of KwaZulu-Natal, has gone to court to block the municipality.

Gcaba, who is Jacob Zuma's nephew, first brought an urgent court application for the review of the city's decision to issue the tender - which was struck off the roll in February when the judge ruled it was not urgent.

Despite opposing the city's decision to call for tenders, Tansnat tried to submit a tender anyway - but was told it had missed the January deadline.

The company then brought a separate application in which it sought to compel the city to accept its late tender, submitted "begrudgingly".

Embattled eThekwini city manager Sipho Nzuza was released after handing himself over to the Hawks on Monday for violating his bail conditions in the ...
News
8 months ago

The city had called for expressions of interest in assisting it to establish a "municipal entity" to run the bus operation for three years.

Gcaba took over the running of the bus service - which has an annual budget of about R220m - in 2009 in terms of a service agreement with the eThekwini municipality.

Tansnat says it has been a "complicated relationship" which came to a head in 2015 when the municipality lodged a liquidation application in the Durban high court, alleging Tansnat owed it about R53m for the leasing of the buses.

Tansnat hit back, saying the city owed it money - about R300m at that time - in outstanding subsidies. This litigation was abandoned after the parties agreed to submit to an arbitration process, headed by former chief justice Sandile Ngcobo, which is still under way.

In an affidavit in the review application, Tansnat COO Vickesh Maharaj says both sides also agreed at the time that the company would continue to run the bus service on a month-to-month basis until the matter was resolved.

But then, he says, in December last year the city issued its call for expressions of interest "out of the blue".

A City of Tshwane bus, driven by a woman, was allegedly hijacked by taxi drivers in Orchards, north of Pretoria, on Wednesday morning, the City said.
News
8 months ago

The city would be the major shareholder in the new entity running the buses and would enter into a service delivery contract with the winning bidder. There would need to be a "seamless" takeover with no disruptions of services.

"It came as a complete surprise," Maharaj said. "Our agreement has never been cancelled and our contract is current and the dispute [over who owes whom and how much] has not been finally determined."

"[The new plan] is simply unworkable financially and will engage the municipality in huge additional and unnecessary expense to the ratepayers," Maharaj says.

The company is presently on the back foot in terms of the litigation.

Its unsuccessful attempt to obtain an interim interdict to stop the tender process, on the grounds that it had been wrongly brought as an urgent matter, failed on the day before the tender - which was extended by a month - finally closed. Nine other interested parties submitted tenders on time.

Tansnat said it missed the deadline because it assumed it could submit documents up to the close of business - 4pm - on the last day.

In the application brought before judge Jacqui Henriques to compel the city to accept the late tender, the city maintained that to accept a late tender would prejudice the other companies that had met the deadline.

In her ruling, Henriques rejected Tansnat's application, and said the company might have delayed submitting its tender because it assumed its review application would succeed.

City spokesperson Msawakhe Mayisela said: "The matter is still before court and as a result we can't comment on anything pertaining to it."

Attorney Sandile Khoza, for Tansnat, said an application for leave to appeal against Henriques's ruling would be heard early next month. He said the application for review of the city's decision to issue a tender in the first place had not yet been set down for hearing.

The DA in eThekwini has locked horns with the council over preferential procurement relating to the city’s proposed roadmap for a municipal entity ...
News
11 months ago

The South African Municipal Workers Union has slammed the eThekwini municipality for not acting in the interests of residents after the city ...
News
3 years ago