Faith and vaccine saw this Cape nurse through Covid-19 hell 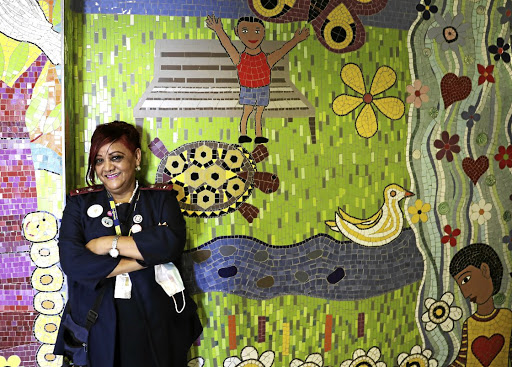 As a devout Christian, Ester le Grange used to recite the verse from Psalm 23 that says, "even if I walk through the valley of the shadow of death, I will fear no evil".

That valley is exactly where the nursing manager found herself when she contracted Covid-19 after watching numerous patients succumb to the virus. Looking back in disbelief this week at the year since last Easter, when the pandemic's first wave had barely got under way, she said her faith in God had been key to her survival.

"Going to work literally became more like walking through the valley of the shadow of death as more people died daily," said the 61-year-old, who works at Mitchells Plain Hospital in Cape Town.

Then she was diagnosed with Covid-19.

HILARY JOFFE: Vaccination uncertainties ahead, but for now a moment of hope

"My faith in God is very strong, so most of the time I was always the stronger one who would encourage my colleagues, but when I was diagnosed with Covid-19 there was partial fear that I might die as I have comorbidities, including diabetes and hypertension, and I'm over 60."

Now Le Grange, who had the Johnson & Johnson vaccine a few weeks ago, is optimistic. "The enthusiasm that I've seen towards taking the vaccine makes me hopeful for the future. The extra protection that the vaccine has, has given me confidence to face the third wave and hopefully celebrate next Easter without so many restrictions."

Noma-Roma Somana, a nursing manager in a Covid-19 intensive care unit at Nelson Mandela Academic Hospital in Mthatha, said she was one of only four staff who had volunteered for duty in the hospital's Covid-19 ward at the start of the outbreak.

"Colleagues were scared because they had seen the devastation the virus had caused in China and Italy," she said. "The day we started, I stood in the doorway and I said, 'Lord, this is our calling and you will be the one to protect and guide us'."

Somana, who lost her grandmother, brother and two cousins to Covid-19, said one of the most difficult things for health-care workers was to explain to grieving relatives the need to wrap the bodies of Covid-19 victims in plastic.

"Culturally it's frowned upon, so people rejected it initially. People here have so much respect for the dead and still wanted to carry out family rituals which they could no longer perform. So it took a long time for families to adjust to the new normal," she said.

"Some threatened to unwrap the bodies when they got home, and some did, which encouraged the spread of the virus even more." 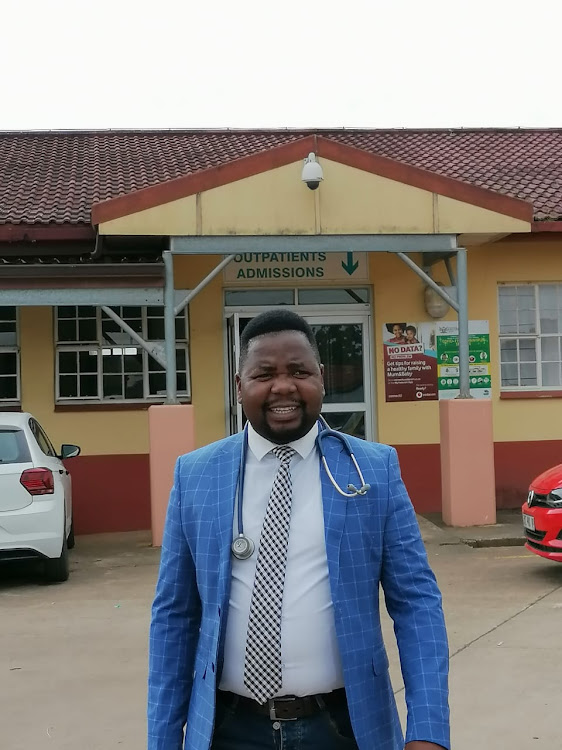 Dr Vusummzi Mehlo, a clinical manager at St Barnabas Provincial Hospital in Ntlaza, near Libode in the Eastern Cape, reminisced about the fear and stigma associated with Covid-19 in the early days.

His was the first hospital in OR Tambo district to treat the disease, and at times he had to leave his desk, put on PPE and treat patients.

“Staff had a lot of anxiety and were not prepared to risk their lives. As a manager I had to lead by example, and the first patient that we admitted was initially treated by me and other managers," said Mehlo.

"We had to allay fears of the patient, too, as he panicked after witnessing the anxiety among healthcare workers.”

Mehlo, who in the early days also had to drive a Covid-19 patient to Mthatha General Hospital when ambulance workers refused to do so, described the past year as one of the toughest periods in the lives of many healthcare workers and himself, both emotionally and spiritually.

“The second wave was very catastrophic, especially in rural areas where patients presented to hospitals very late after their herbal concoctions had failed to make them better," he said.

"People believed that there is more chance of dying at hospital than at home so they self-medicated and sometimes consulted traditional healers until the illness started to complicate.

"By the time they got to hospital the prognosis would be so poor that they ended up succumbing to the virus.”

But there were highlights, too, including saving the life of a 98-year-old Covid-19 patient. “This helped us gain reputation as a caring hospital and people started to come here in droves,” said Mehlo.

"With more than 90% of staff vaccinated, he said he is optimistic. “Staff are ready for the third wave, and we hope it won’t be as bad as the second wave. By this time next year the situation should be looking even a lot better compared to the past year.”

The changes, Ramaphosa said, were aimed at guarding against a possible Covid-19 third wave precipitated by the Easter weekend - with slight ...
Politics
1 year ago

Go on, indulge with our food editor's pick of the best sweet treats.
Lifestyle
1 year ago

The only significant changes to the current level 1 restrictions were that alcohol sales for off-site consumption would not be allowed for the Easter ...
Politics
1 year ago