Mother and daughter both test positive 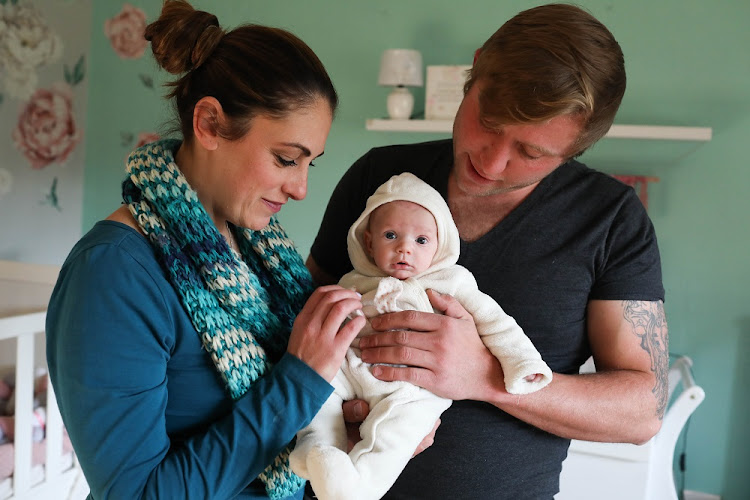 Aurora was born on May 8, but two weeks later her mother noticed that the newborn’s appetite had waned and she seemed to be struggling to breathe.
Image: Alaister Russell

She’s only a month old, but Aurora Wileman has fought Covid along with the rest of her family — and survived.

Just two weeks after she was born at home in Benoni, east of Johannesburg, the infant was admitted to the local Netcare Linmed Hospital on May 25.

Her mother, Angie Wells, tested positive, but the baby tested negative and spent three days in hospital before being discharged. 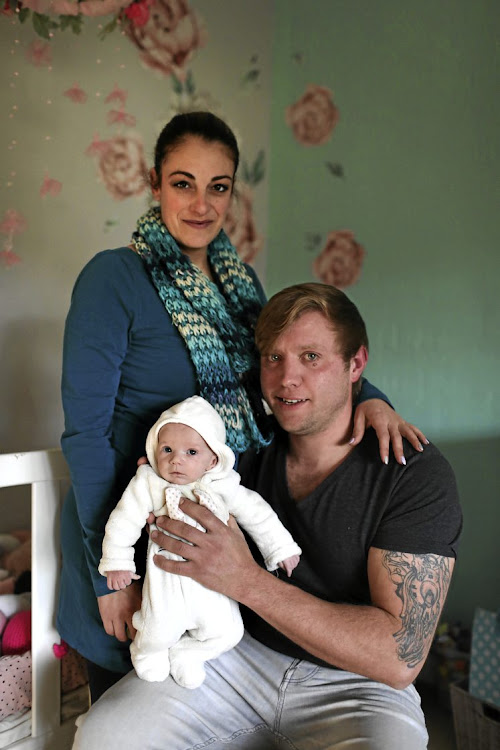 Kyle Wileman and Angelique Wells with their one-month-old daughter Aurora, who tested positive for Covid but survived.
Image: Alaister Russell

However, a week later, the gravely ill child was readmitted, this time testing positive.

“I was petrified that our daughter was going to die. I sat watching the drama through the glass as the doctor tried to stabilise her. I have never seen our paediatrician of seven years in so much panic,” said Wells.

Aurora’s father, Kyle Wileman, said the experience had been traumatic. “This is something we would not want to relive or wish for anyone to experience,” he said.

The couple opted for a home birth so that Wileman could be there for the birth of his daughter, as Covid-19 regulations would not allow him to be present in a hospital.

Aurora was born on May 8, but two weeks later her mother noticed that the newborn’s appetite had waned and she seemed to be struggling to breathe.

At Netcare Linmed Hospital both mother and baby were tested as part of Covid protocols. Wells tested positive while Aurora tested negative. Wells said she had a runny nose but no other Covid symptoms.

On June 2, the couple’s two-year-old son Blake was admitted to hospital, where he tested positive for Covid-19, as did his father.

While she was at home with their other three children, Wells said Aurora’s health again deteriorated. She started getting sick, her lips turning purple, Wells said.

“My instinct told me that you need to go to the hospital now, and I did so.”

After being stabilised, Aurora needed to be admitted to an intensive care unit (ICU), and the search began for an ICU bed with a ventilator for babies. One was located at Benoni’s Life The Glynnwood Hospital, and a specialised ICU ambulance took her there.

She spent a week in a neonatal ICU, and was discharged on June 12. “It was heartbreaking to see her in hospital on machines like that, but I kept on telling Angie she was in the best hands she could possibly be,” Wileman said.

“We know those machines helped her to get through this and she had a brilliant medical team looking after her.”

Although Aurora is on the mend, Wells said they have to be vigilant and she is put on a nebuliser every four hours.

Prayers and support from the Benoni community, friends and family kept them strong, Wells said. “The prayer groups were a great source for our strength. Every day we saw an improvement in her health.” 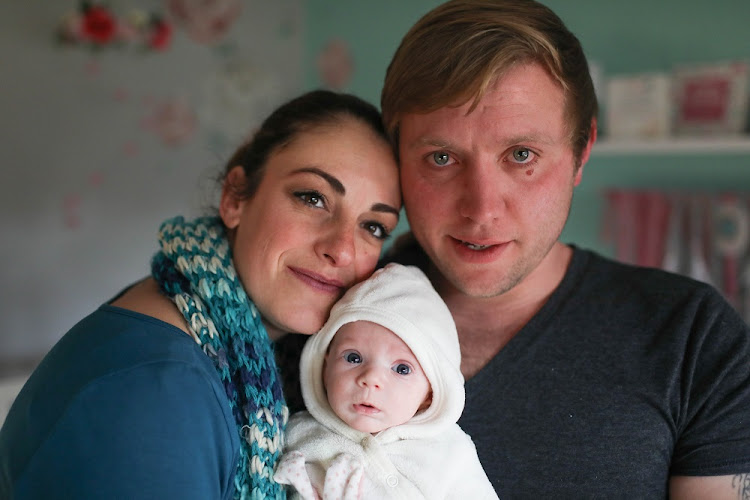 Although Aurora is on the mend, Wells said they have to be vigilant and she is put on a nebuliser every four hours.
Image: Alaister Russell

Wells said she had tried to put on a brave face in front of her other children but, when alone, she would break down and cry.

“I couldn’t afford to break down in front of the other kids. I would cry at night while in bed or when in the bathroom.”

Wells said it was the RSV that had hit Aurora hardest and created many complications. The rest of the family suffered mild symptoms, such as coughing and loss of taste. But they were suffering “after-effects”, including breathlessness and headaches.

Wileman said the couple had no idea where they could have been exposed to Covid-19. “Everyone who has been around us [extended family members] tested negative and none of them have the symptoms.”

Louis Pasteur Private Hospital paediatrician Dr Albert Nkohane said he had treated a number of young babies for Covid-19, with the majority not presenting severe symptoms, although some needed ventilation.

He said RSV infected lungs and breathing passages and caused respiratory illness, with premature babies worst affected. “In some patients it becomes fatal. This infection is prevalent in children but adults can get it and it’s highly contagious,” he said.

The accelerating third wave of Covid-19 isn't something that's happening to us, it's something we're creating, say experts.
News
5 months ago

The Presidential Youth Employment Initiative could be revived to boost Covid-19 vaccination registrations.
News
5 months ago

With the third wave in full swing, doctors fear being overwhelmed

Gauteng doctors, swamped by skyrocketing Covid-19 infections, are bracing for the worst as SA's third wave sees them battling staff, bed and even ...
News
5 months ago