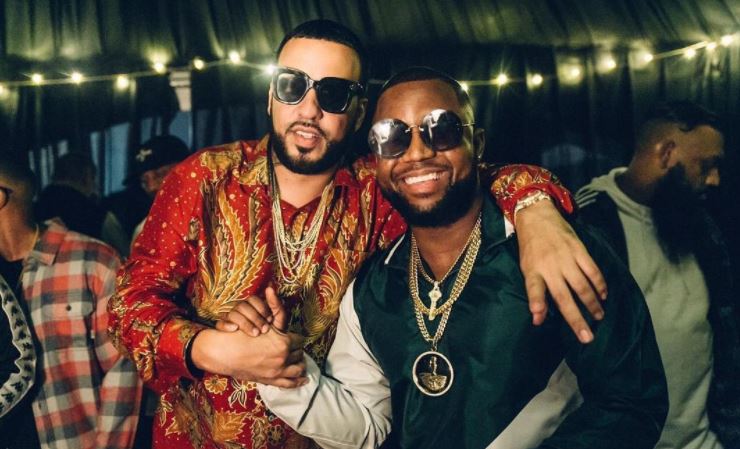 Rapper Cassper Nyovest has added another massive US artist to his growing list of international collaborations after recording a song with rapper French Montana.

The Moroccan-American hip-hop star famous for his track Unforgettable was in South Africa over the weekend to perform at the Vodacom Durban July when he and Cassper decided to work on a song together.

"We left the Durban July early to go into studio. The energy was just too great and we knew that we needed to work together as soon as possible, so why wait?" Cassper told TshisaLIVE.

Me and French made something very wavy the other day in studio. #CirocBoys #OnArrival pic.twitter.com/ZeeBwljiFl

He explained that they started the session by listening to a few beats and bouncing possible lyrics off of each other.

"It was so dope. We were just sitting there and having a really good time. We would listen to this beat I chose and just had turns dropping bars (lyrics) to it. We pressed record and let it work. It felt so relaxed, like we were family just hanging out," he added.

Cassper described the finished track as a "wavy fun" song that "will get people dancing".

He joked that the process was so relaxed the pair didn't even discuss who the song belonged to.

"I'm not sure if I will release it or he will. I might keep it for the next album like I did with the track with (The Roots rapper) Black Thought," he explained.

Cassper, who is among the top rappers in Africa has also collaborated with US musicians Talib Kweli and The Game.

Somizi Mhlongo has recounted how he was once hauled in by the taxman and given a bill of R3.4 million.
TshisaLIVE
4 years ago