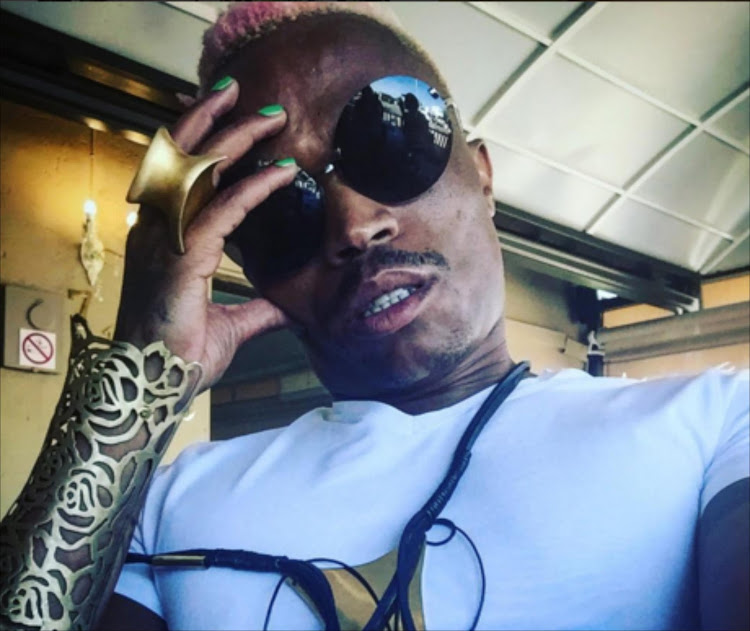 Somizi recounts being broke and depressed.
Image: Somizi via Instagram

Somizi Mhlongo has recounted how he was once hauled in by the taxman for owing a whopping R3.4 million.

The Idols judge made the revelation in his memoir, Dominoes: Unbreakable Spirit.

In an excerpt from the book, Somizi said he cried "bucketloads" when confronted in 2009 about the debt he owed .

"And then the taxman hit me. He told me I owed R3.4 million. I went SARS offices and they nailed me. I sobbed in front of them. I was crying bucketloads," the excerpt read.

Somizi explained the taxman wanted to take a car which he borrowed from a friend to service some of the debt.

"They were going to take my car. I told them the car wasn't mine. They forced me to sell my house. I tried to stall that and find ways of getting out of the mess without shedding my house. It was tough," Somizi added.

The incident took place at a time when Somizi said he was heavily indebted, depressed and cried every day.

"It was difficult to the point that I cried every day. At night I felt better that the day was over and I hoped for a better day tomorrow. But when I woke up and realised that I was still in that, I'd cry all over again. I started ostracising myself," he revealed.

Somizi's Dominoes: Unbreakable Spirit was released last week at a swanky launch party in Johannesburg. It is available at Exclusive Books nationwide.

Letshego Zulu wants to ensure that Gugu Zulu's legacy never fades away, more so for their daughter who will now get to know her dad through a time ...
TshisaLIVE
4 years ago

Actress Thuli Thabethe has expressed relief over bagging the role of  Beauty on Isibaya, explaining that the one thing she fears as an actor is to be ...
TshisaLIVE
4 years ago

DJ Zinhle was reminded that people don't always have the best intentions after a thief posing as a fan apparently stole her phone out of her ...
TshisaLIVE
4 years ago