Sigh! In 2017 Mzansi finally accepted that Bonang and Somizi are over 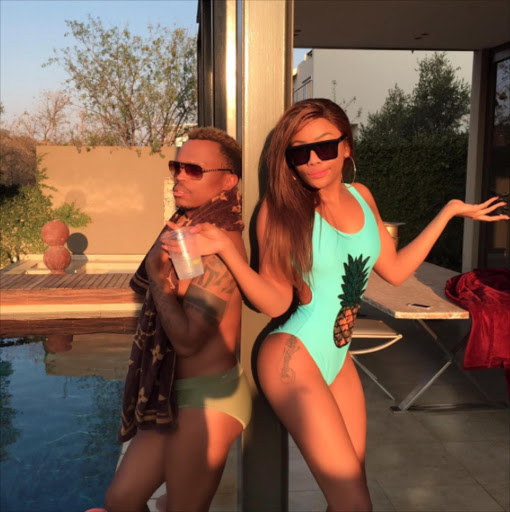 Somizi and Bonang were once besties.
Image: via Somizi Instagram

Along with junk status, Gupta leaks and multiple celebrities getting divorced, Mzansi had to finally accept the sad fact that "Bonang and Somizi" will never be a thing again.

They were besties and were constantly serving #BestFriendGoals until their friendship came to an abrupt end in 2015.

However, that was not the case. Far from showing any reconciliation, the pair came out guns blazing against each other this year. At different intervals in the year, they finally explained what led to their friendship's demise.

Bonang FINALLY opened up about the split.

In her book, Bonang: from A to B, which has been mocked because of its missing words and grammatical errors, Bonang said she ended the relationship with Somizi because he had made friends with her alleged abuser.

"It took me a while to eventually leave that relationship, and years after I had, Somizi, who was my friend, suddenly became friends with my ex. The same one whose violence towards me he had witnessed. That's when I knew he had to go. I couldn't trust him anymore so I cut him out of my life," she wrote.

Somizi previously said Bonang just stopped talking to him and he thought it was because she heard he was feeding information to DJ Zinhle, AKA's ex girlfriend.

Somizi, who was hurt by Bonang suddenly ending their friendship and not really knowing why, got angry that she had mentioned him in her book and had lawyers intervene to remove his name from the book.

Clearly! It took a few days, but Somizi let it be known that he was on the war path and made reference to Bonang in three Instagram posts where he mocked all the errors in her book and also the fact that his book was number one and hers was number two.

Somizi also spoke about the split on Anele's show and said he felt betrayed.

Somizi really broke down his relationship with Bonang and the version of events. pic.twitter.com/czP7Z7GBnZ

Meanwhile, all we can do is hold on to memories.

Thulasizwe "Lasizwe" Dambuza may never miss an opportunity to shade Bonang but the comedian and YouTube sensation claims he has not beef with Queen B ...
TshisaLIVE
3 years ago

After relaunching her memoir Bonang: From A to B, Bonang Matheba is set to introduce the book to an international audience with a book signing in ...
TshisaLIVE
3 years ago

On Thursday night Bonang Matheba relaunched her book after grammatical and factual errors forced it to be removed from shelves. A small group of ...
TshisaLIVE
3 years ago

It's no secret that Somizi and Bonang Matheba have beef. And, as a result, her bae AKA is also involved. Last year Sunday Times reported Somizi and ...
TshisaLIVE
3 years ago

Bonang Matheba relaunched her book, Bonang From A to B, on Thursday night during an intimate book signing at the Mall of Africa in Johannesburg. It ...
TshisaLIVE
3 years ago

Sunday World is reporting that Somizi's legal team has sent Bonang a letter instructing her to remove his name from her book. Somizi's spokesperson ...
TshisaLIVE
3 years ago