Emtee: They say I'm slow because I smoke & that's not the case

Emtee says weed ain't the problem people make it out to be in his life! 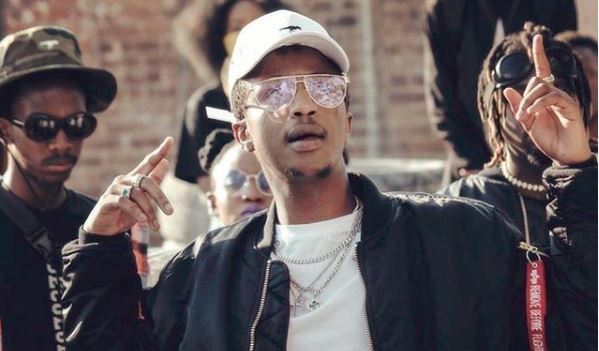 Emtee opened up about weed and being high.
Image: Via Instagram.EmteeThe Hustla

Emtee has reportedly admitted that he's been smoking weed since 2012, but is still adamant that it was not the cause of his recent fall on stage.

In an interview with Drum magazine Emtee explained that his fall was a result of exhaustion as opposed to the rife speculation that it was caused by substance abuse.

"I didn't fall because of being high. I have collected awards, I have done interviews, written songs and performed while high on weed and that was never a problem," said Emtee.

Emtee said he realised that a lot of people blamed his "mistakes" on weed and that was not a fair assessment according to him.

"They say that I'm slow because I smoke and that's not the case."

It wasn't until rapper Emtee collapsed while performing on stage over a month ago that he's had to explain exactly what "kind" of substances he takes.

Concern for Emtee as musician 'collapses' on stage

A viral video showing the musician falling backwards has drawn concern from fans.
TshisaLIVE
4 years ago

Emtee has said it was a wire that made him trip and fall.
TshisaLIVE
4 years ago

Since then, Emtee has returned to social media to thank fans for the support and to also let them know, he's as sober as a judge.

Emtee revealed he had been recovering in Bloemfontein for the last month and was now all about positive vibes.

"I made music high AF. Now I’m sober so don’t try me, don’t compete with me, don"

As a rape survivor, Jackie finds it extremely insensitive for people to use her book to attack her about being raped.
TshisaLIVE
3 years ago

IN MEMES | Thanks to #TheHerd Twitter's ready to stop eating liver!

You would also quit eating liver if you watched last night's episode of The Herd.
TshisaLIVE
3 years ago

Is it cultural appropriation or just a really cute touch?
TshisaLIVE
3 years ago