'This is it - she's my dream woman': Skeem Saam’s Skandi Kid is in love 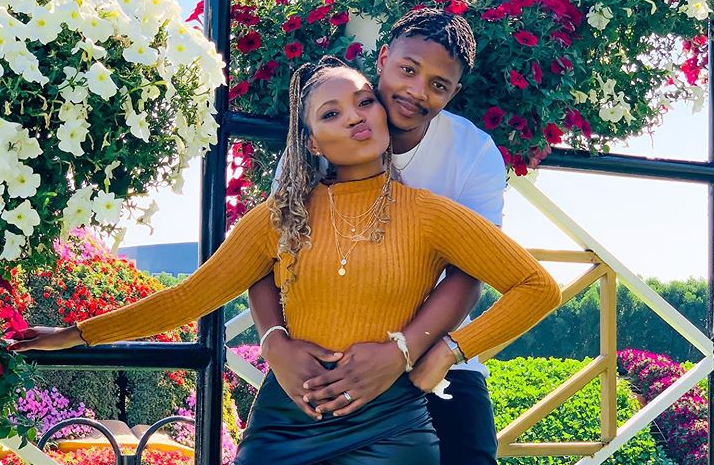 Skeem Saam actor and musician Mlungisi "Skandi Kid" Mathe left quite a few hearts broken recently after he decided to let the world know that he's in love and not afraid to show it.

Speaking to TshisaLIVE in a catch-up interview recently, the actor said when it came to whether or not he should share his joy with fans, it was a no-brainer.

"Sharing that part of my life was an easy decision to make. I made a decision to share because I found what I had been looking for. I'm happy right now and I think this is it.

"She's my dream woman. I found the woman I have been looking for. I've always dreamt of one day having a Zulu, loving, smart, educated somebody and I found her. She's very loving and so respectful, rooted and cultured. We understand each other," he gushed.

Run, Kwaito! 'Skeem Saam’s' Glenda is in town and visiting your parents

Ma Ntuli was over the moon by the visit, but Kwaito was sweating bullets
TshisaLIVE
2 years ago

Mlungisi met his girlfriend, Nonduh Mkhize, in 2017 in Joburg. He said they're deeply in love and even though he figured some of his female fans would be sad that he's off the market, his woman is definitely worth it.

The actor, best known for his role as mischievous womaniser Emkay on Skeem Saam, also revealed that he's going through a dry season as far as other acting roles are concerned,  but is using the time to focus on his other talents - particularly music.

Going as Skandi Kid, the actor introduced Mzansi to his musical side through his maskandi music back in 2017.

"I am working on new music. Through that, people will get to experience what I am capable of as an artist," he said.

Check out some snaps of Mlu and his queen.

First it was The Queen's Shaka who lost his main chick because of a side chick and now the same fate has landed for Skeem Saam's Emkay and Twitter ...
TshisaLIVE
4 years ago

Nomzamo on her last 'Isibaya' scene: 'It’s not goodbye, it’s a see you later'