Man of the year? 6 Big moves Master KG made with 'Jerusalema' 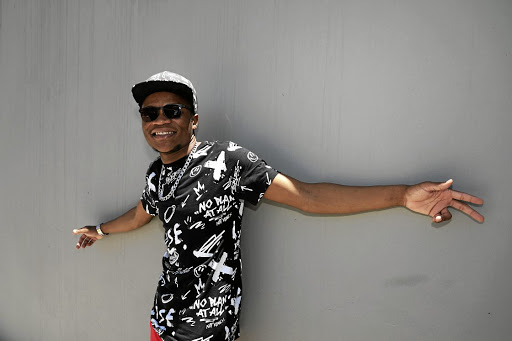 We don't need a national referendum to tell us that Master KG dominated 2020 and was the country's biggest export this year.

The man made major moves across the world with his hit song Jerusalema, getting praise from some of the world's biggest names and topping the charts overseas.

The song with vocalist Nomcebo Zikode was the national anthem for much of the year, and made the Limpopo artist one of the most popular musicians in the world.

Speaking to TshisaLIVE earlier this year, Master KG said he was humbled by the massive reception to the song.

Here are five boss moves the song has made this year:

While the song was popular on local charts, it really took off when it was used as the inspiration for a global dance challenge on social media platforms like TikTok and Instagram.

Health-care workers, ministers, priests, actors, convicts and police officers around the world participated in the challenge, posting under the hashtag #JerusalemaChallenge.

A NATION ON THE DANCEFLOOR

The challenge then became (nearly) compulsory for every SA citizen in September, after President Cyril Ramaphosa urged the nation to post videos of themselves doing it in celebration of Heritage Day.

“There can be no better way to celebrate our South Africanness than joining the global phenomenon that is spreading across the world and that is the Jerusalema dance challenge, the Jerusalema song that I love so much,” Ramaphosa said.

Master KG had not only won over politicians but also famous footballers and musicians too.

Will & Grace actor Leslie Jordan is also a fan and said he finally discovered a song that “let’s you eat and dance at the same time”.

From the beginning Master KG said his dream was to reach 100 million streams on YouTube, he reached that figure in August and by October had reached 200 million views.

“This is just amazing ... It’s also humbling to see the speed at which it travels. When we reached 50 million views last month nobody would have predicted that in four weeks it would have doubled. This is testament that when Jesus says yes, nobody can say no. This has gone beyond us and it’s marvellous to watch.” KG told TshisaLIVE at the time.

MOST SEARCHED SONG ON THE PLANET

Music search app Shazam was working overtime trying to link people to the song and in September announced that Jerusalema was the most searched song in the world on the app.

Congrats @MasterKGsa! #Jerusalema is now the most Shazamed song in the world 🎉 pic.twitter.com/S4pae4sV5N

In October MTV announced the nominations for the 2020 EMAs, and Master KG bagged a nod, along with Kabza De Small and DJ Maphorisa, for Best African Act.

Reacting to the news, Master KG said: “This is a life-changing moment for me”.

Master KG continues to bask in the glory of his hit single 'Jerusalema', with the song still making massive waves overseas.
TshisaLIVE
1 year ago

'Jerusalema', 'Covid-19' and 'lockdown' shortlisted for SA’s word of the year