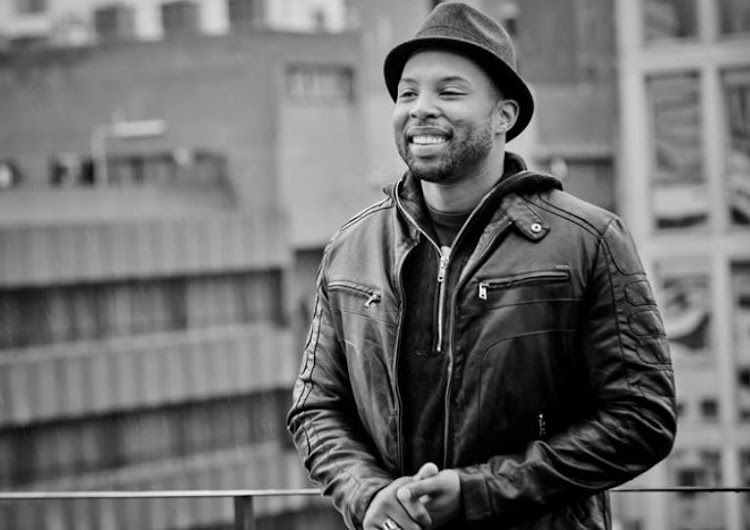 Kaya FM personality Sizwe Dhlomo spoke fondly about his homeboy Riky Rick at his memorial service, thanking his family for the man he was and letting his fans know he died with no active grudges, including his beef with rapper Cassper Nyovest.

Sizwe was one of the prominent names that took to the podium at Wanderers Stadium on Friday, as friends, fans and family gathered to celebrate Riky's life.

Riky Rick died last week and was cremated on Tuesday after an intimate funeral service.

Sizwe joined many others who said they were shocked by the rapper's untimely death.

“I feel compelled by a sense of duty to try to contextualise a man that so many knew but so few understood. I'm here to honour Rikhado Muziwendlovu Chifaru Makhado, an imperfect man who was constantly trying to do better.”

“The news of his passing came as a shock to many of us. It was shocking and it couldn't have come at a worse time,” said Sizwe.

“I could not take Riky’s death. I was destroyed because I blamed myself so much," DJ Black Coffee revealed at Riky Rick's memorial service on Friday.
TshisaLIVE
5 months ago

He said it was Riky's willingness to put others first and his unconditional love attracted him to “life of the party” personality. He added that having known him personally, he knew that for all the light he was, Riky's struggle with depression never let up.

Sizwe wanted people to collect lessons from how Riky held on and lived, despite having wrestled mental health from a young age. He said one of the biggest lessons was forgiveness, something that he revealed Riky fostered with Cassper before he died.

“Let's learn from Riky, even about forgiveness and reconciliation. This upcoming Cotton Fest, he was going to publicly make up with Cassper — live on stage. He had reached out to him last year September and they had spoken ... even all the way into January and they were actually on good terms at the time of his passing.”

The radio personality had a direct message for Uncle Vinny, assuring him that Riky loved him and was so proud of him. He then encouraged people to be kind because one never knows what the other is going through.

SNAPS | Who bid farewell to Riky Rick in person? Check out Riky’s real ones

"Stay shining and rest in peace. We will miss you Riky."
TshisaLIVE
5 months ago

Tweeps call for Slik Talk to be cancelled following his disrespectful questions to Riky Rick's wife Bianca.
TshisaLIVE
5 months ago

"This has to be the most painful video ever..." said the amapiano star.
TshisaLIVE
5 months ago