Singer Berita’s Twitter account has revealed she has separated from Nhlamulo ‘Nota’ Baloyi after a year of marriage. 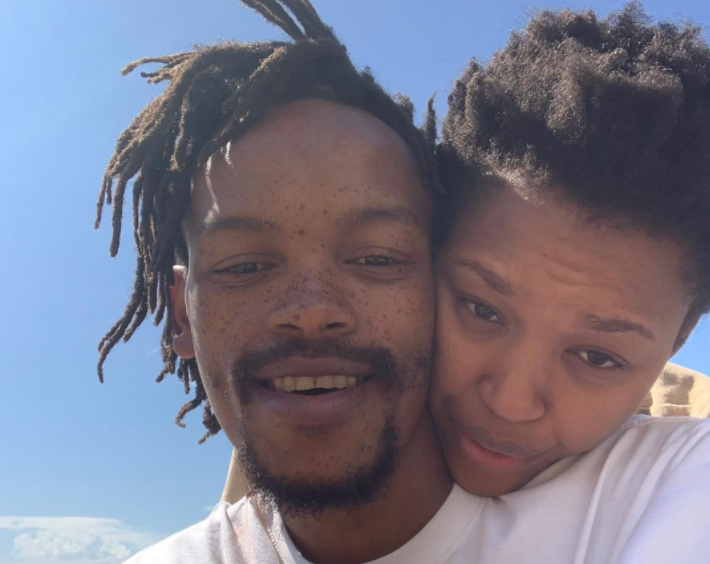 Nota and Berita have called it quits, according to her social media.
Image: Instagram/Nota Nhlamulo Baloyi

Singer Berita’s Twitter account has revealed she has separated from Nhlamulo “Nota” Baloyi after a year of marriage.

This follows Nota comparing Mihlali Ndamase to a dog and saying she can be “put down”, on an episode of the Nkululeko n Cultr podcast.

“They don’t understand that if Mihlali is for sale, that means she’s an object, which means you can kill her if you want to. It’s like buying a dog. You can put it down,” he said.

Berita took to her Twitter timeline to pen an apology to the YouTuber, revealing she had left her marital home in January this year, and suggesting Nota's alleged mental health issues had taken a toll on their union.

“I am no longer married to Nhlamulo ‘Nota’ Baloyi. I left our marital home on January 13 2022. As it stands we are separated,” she wrote.

In another Twitter post, Berita said she had refrained from speaking about their relationship because she was worried about her safety

“I have been quiet because my safety has been a huge concern. This man is extremely irresponsible, reckless and unruly. He simply does not listen to anyone. I do not condone his actions. I cannot even begin to count the numerous times he has erred in his speech,” she wrote.

“The bullying and disgrace I have faced publicly and privately is painful. I missed very big red flags.

“The day I decided to leave my marriage is the day I had to choose between being married and being alive.”

I am no longer married to Nhlamulo “Nota” Baloyi. I left our marital home on Thursday the 13 of January 2022. As it stands we are currently separated.

It’s even difficult for my to follow after his every move. I simply cannot babysit a grown man.

The bullying and disgrace I have faced publicly and privately is painful. This man’s irrational behaviour is beyond me. I am a very reasonable person. I will be the first to admit. I missed very big red flags.

My one request is that Nhlamulo “Nota” Baloyi needs help with his mental health.

I tried my best whilst I was in his life. I tried to also plead with his family about this.

He is a really good man, sometimes he means well. He needs help.

Speaking to TshisaLIVE, Nota said he was still “very married and very committed” to his wife.

“They [the Twitter posts] are very disturbing, concerning,very hurtful and harmful to both me and my family, and I know that my wife wouldn’t do such a thing,” he said.

Nota said he felt her former manager Eric Gyimah could be responsible for the Twitter posts because Berita did not have access to “mobile connectivity”.

“I have spoken to my father-in-law and he also has no knowledge of who could be behind her social media posts ... He has also not been able to get hold of her because she is on a mental health break in Zimbabwe and has no access to mobile connectivity ... she has been in and out of Zimbabwe since January.”

Responding to TshisaLIVE, Gyimah denied responsibility for the social media posts, saying he had not had access to the singer’s social media since managing her two years ago.

TshisaLIVE reached out to Berita, but she had not responded at the time of publication. This article will be updated should she respond.

PODCAST | Being resolute and taking control of your healing

WATCH | Stephanie and Hungani Ndlovu reveal their thoughts on divorce

The Ndlovus got candid about what would a divorce look like for them, legally.
TshisaLIVE
4 months ago

Pabi Moloi's alleged 'marriage' situation is more common than many would like to believe.
TshisaLIVE
4 months ago

"We demand 'Unbecoming Mrs Jones'," said tweeps who felt they need to learn what led to the split of the "IT" couple.
TshisaLIVE
5 months ago