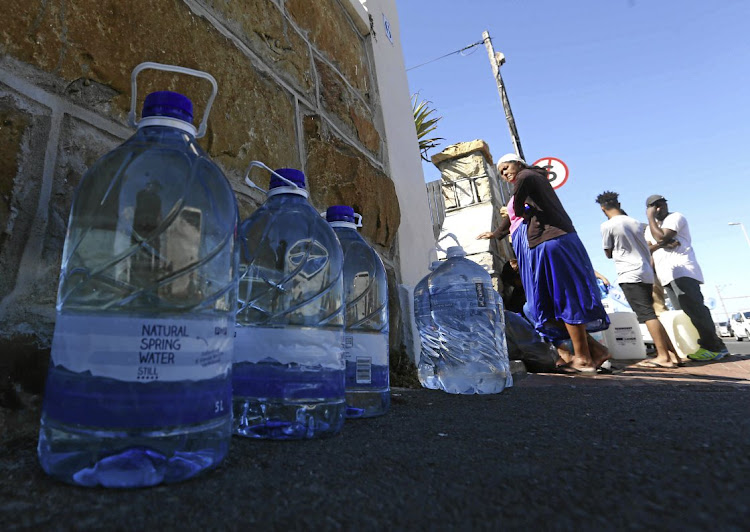 Here’s what we know about the Cape Town water crisis right now.

This news, however, has come as a welcome relief to the one percent who, until now, had been the prime suspects when it came to excessive water use: Cape Town’s 60% have proved that you don’t have to be in the one percent to be 100% entitled asshole.

There has been some confusion about urban versus rural water use. The fact is that farmers are using almost exactly as much water as the city, and have taken a massive hit as they have reduced water consumption by over 50%, and have started racking up major financial losses, except on Facebook, where farmers are using between 100% and 250% of all current and future water.

People also don’t seem sure whether the desalination plants are being built and if the aquifers are being drilled. The answer is: absolutely, yes, soon, almost certainly, partially, and no.

Most dramatically of all, we now know that on April 21, “Day Zero”, the city will turn off the taps but only in everyone’s houses and schools and most businesses. That’s because Patricia de Lille said that a well-run city doesn’t run out of water and, because Cape Town is a well-run city, the water will be turned off before it runs out and so, even though it will feel like the water has run out, what with toilets no longer flushing and the economy grinding to a halt, it is important to remember at all times, especially when you’re looking for somewhere downwind to poop, that Cape Town remains a well-run city and that there are loads of water being doled out at collection points and guarded by police in riot gear.

How did we get here? That’s easy. We know that this crisis arose because the provincial government didn’t react quickly enough to the fact that the national government wasn’t reacting at all, and that it is mostly the fault of Patricia de Lille, who is completely blameless, the real villain being Helen Zille, who tried to tackle the crisis years ago and also ignored it until it was too late. (Also climate change and science, but I concede that it’s fantastically unrewarding having a Facebook fight with a data set and a graph so I don’t expect you to get worked up about that.)

The most important thing we know for sure, however, is that we don’t know anything for sure.

Never mind the returning schoolkids. The folks at Sadtu are sad too

Ramaphosa must be wary of the Putins waiting in the wings

In 1985‚ as PW Botha was rowing his volk across the Rubicon‚ another leader of a failing totalitarian regime was trying to drag his people in the ...
Ideas
4 years ago

Dear Donald, I don’t expect you to read this. I know you have a quota of about 100 words a day and you already blew that sounding out the syllables ...
Ideas
4 years ago

For example: the city dare not tell us that it’s all going to be OK. Offer even a whisper of reassurance and the 60%ers will throw the sluices even wider and go back to growing their ornamental mangrove swamps and washing their cars with the annual rainfall of Belize.

But if we can’t depend on them to tell us the good news, can we trust them to tell us the bad? It sounds mad, but given how unhinged this is all feeling, I have serious doubts. Should the worst really happen, Mmusi Maimane cannot go on TV and say: “Ja nee, I’m afraid this one got away from us, so those who can evacuate should probably start making plans sooner rather than later.” So what will they tell us? And when?

Which brings us to the thing that Cape Town needs even more urgently than rain: visible, reassuringly busy leadership.

Everyone in the city is feeling the vacuum. We’re all floating, helpless and anxious, gravitating towards anyone who knows anything even faintly official or scientific. Hell, if Cyril Ramaphosa got up on the balcony at the city hall and outlined a draconian plan to crack down on water wastage and explained the practicalities of life beyond Day Zero, I swear the ANC would double its vote in the province.

Meanwhile, I pray that nobody in the administration is involved in any industrial-scale cheating by some politically connected bottling plant or farm. Because if that ever came out, Capetonians would crucify the people involved. I don’t mean that figuratively. I mean we’d take them and nail them to crosses, upside down, all along the M5.

Yesterday the mayor’s office told me that they would reveal the Day Zero plans soon. It was good to get a response, but soon needs to be today. Because time, like baths, is a luxury we can no longer afford.

Cape Town faces day of reckoning on drought and corruption

The City of Cape Town council is expected to make crucial decisions on Friday about the drought and the future of a top official implicated in ...
News
4 years ago

Capetonians unleashed their wrath on city council in unprecedented numbers, batting away a controversial December proposal to introduce a drought ...
News
4 years ago

The City of Cape Town’s about-turn on its proposed drought charge has been welcomed by the opposition in council.
Politics
4 years ago