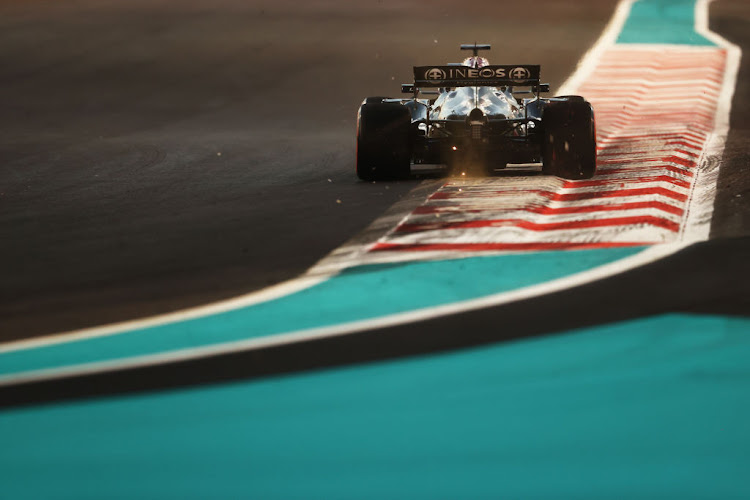 Lewis Hamilton pushed Formula One rival Max Verstappen off the top of the time sheets to end the opening day of practice for their title showdown at the Abu Dhabi Grand Prix comfortably fastest.

The Briton lapped the revised 5.2km-long Yas Marina track in 1:23.691 seconds, the only driver to drop below the 1:24 mark with his 24-year-old Dutch rival fourth.

But, the Dutchman could get no closer than 0.641 seconds off the Briton's benchmark in the evening, though he did appear to have the edge over Hamilton during the heavy-fuel race simulations.

Verstappen and Hamilton head into Sunday's race, a winner-takes all showdown, level on points. But the Dutchman is ahead 9-8 on wins and will become champion if neither score.

The pair have already collided three times this season, raising concerns that a thrilling title battle might end in a crash.

But the governing FIA has warned drivers of severe consequences, such as a points deduction, for unsportsmanlike behaviour.

Alpine's Esteban Ocon took advantage of the Red Bull's relative lack of single-lap pace, going a surprise second fastest, 0.343 seconds adrift of Hamilton. Valtteri Bottas in the other Mercedes was third, 0.392 seconds off the pace. Kimi Raikkonen's crash in the closing minutes of the session, forced an early halt.

The Finn, heading off into retirement on Sunday, lost control of his Alfa Romeo at the left-handed Turn 14 and spun into the barriers.

The 42-year-old, who ended the session 16th, walked away from the shunt but his Alfa Romeo was a mangled mess.

Sergio Perez was fifth in the other Red Bull ahead of Alpine's Fernando Alonso and Japanese rookie Yuki Tsunoda in his AlphaTauri.

Frenchman Pierre Gasly in the other AlphaTauri rounded out the top 10.

The second session, which began at the same time as Saturday's qualifying and Sunday's race are scheduled to start, offered up a more representative picture of the pecking order.