Bob off? Mugabe’s former minions give him treatment he so often doled out 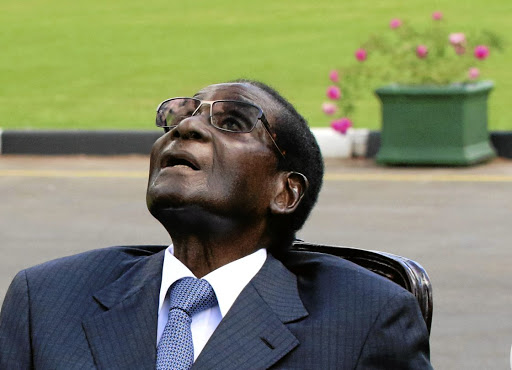 Zimbabwe's notorious and feared long-time ruler, Robert Mugabe, at the age of 93, was fired by his own Zanu-PF party on Sunday, exactly five days after a convoy of military tanks ominously started rolling into Harare.

But despite his party threatening him with impeachment if he did not resign as president of the country, Mugabe did not budge on Sunday night. Reuters and AFP both reported he would step down, but in a lengthy address on state television, he did not say a word about quitting.

"The (ruling Zanu-PF) party congress is due in a few weeks and I will preside over its processes," Mugabe said, clearly signalling that he was going nowhere anytime soon.

It was almost as if Sunday morning's central committee meeting of Zanu-PF did not happen.

Obert Mpofu, the most senior Zanu-PF member in the absence of those in hiding or in detention, presided over the sacking of the man who made him minister of Mines and Mining Development in 2013.

“Today is a very
important day, as we recall the outgoing
president ”

Mpofu used to write letters to Mugabe, signing them off as "Your Obedient Son", but on Sunday the tables had turned. "Today is a very important day, as we recall the outgoing president," he told the central committee gathering, before provincial officials started reading out their scripts supporting the recall.

Mugabe was replaced by Mnangagwa, once Grace's chief rival. In a stunning reversal of allegiances, the party added it would impeach Mugabe if he did not resign by Monday.

“I am so happy. I am so happy‚” said Zimbabwean Runyararo Nyakuda as he learned Mugabe had been expelled from Zanu-PF.
News
4 years ago

All provinces also called for the first lady to be fired from the party. A host of smaller players aligned to Grace were also given marching orders. "(Mugabe's) wife and close associates have taken advantage of his frail condition to usurp power and loot state resources," said Mpofu, according to AFP.

The army accuses them of corruption and reversing the gains of the liberation struggle.

It's a dirty game and a week can overturn years of gain. That's the summary of politics in Zimbabwe as President Robert Mugabe's last days in power ...
News
4 years ago

The SA Institute of Race Relations' Frans Cronje said a Grace Mugabe presidency would have been "very bad".

But is this democracy in action?

"Not really. We have men with guns in the streets. Many of those who were behind this change of regime are people who themselves have a background that leaves them deeply compromised in terms of corruption, human rights and democracy," said Cronje. - Additional reporting by Katharine Child, AFP