Is that a burglar locked in my shop? 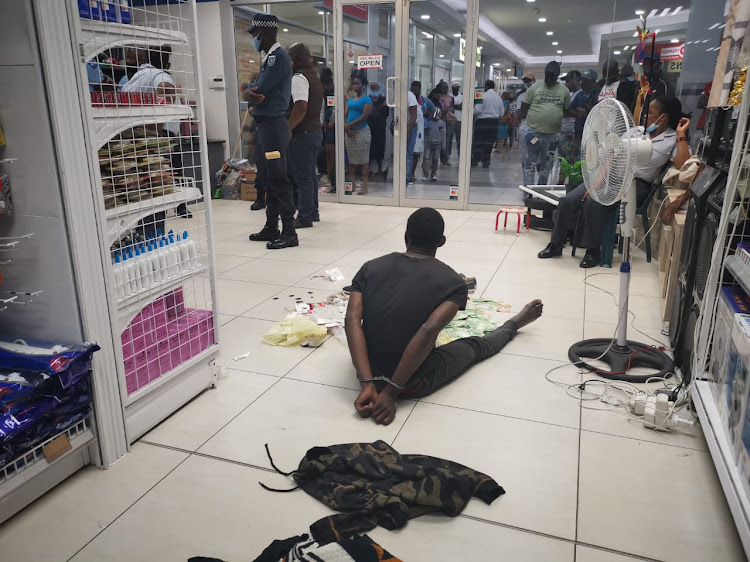 The owner of a Durban store found an alleged thief hiding behind a cupboard. The man was arrested on Friday morning.
Image: supplied

An alleged burglar had to sit tight and wait for the owner of a Durban store to free him after he locked himself inside overnight.

The owner of Berea Home, situated in the Berea Centre, got a surprise when he arrived at work on Friday morning to find a man locked inside the store.

"The shop owner made the surprise discovery when he entered the store and noticed the shop had been ransacked," said Blue Security spokesman Andreas Mathios

When the owner viewed CCTV footage, he realised a suspect was still inside his shop.

"Further investigation by the security company on guard duty revealed the suspect had somehow got himself locked inside the store and spent the night behind a cupboard."

"Blue Security was immediately dispatched to the scene and the suspect was detained," Mathios said.

He said the man was found in possession of R4,000 cash and items of value he had collected in the store during the night.

"Metro police also responded to the scene. The store remained closed for the morning. An investigation is being conducted by police" Mathios said.

The police did not respond to queries about the incident.

Gauteng police commissioner Lt Gen Elias Mawela has commended  Tshwane district detectives for the arrest of five suspects alleged to be behind armed ...
News
1 year ago

Port Elizabeth police have commended the heroic actions of a six-year-old girl who stood up to a house robber, refusing to let him steal a TV.
News
1 year ago

Thief jumps into homeowner's bed in bid to evade arrest

A thief's "dream escape" was foiled when metro police pursued him into the home he had escaped into.
News
1 year ago