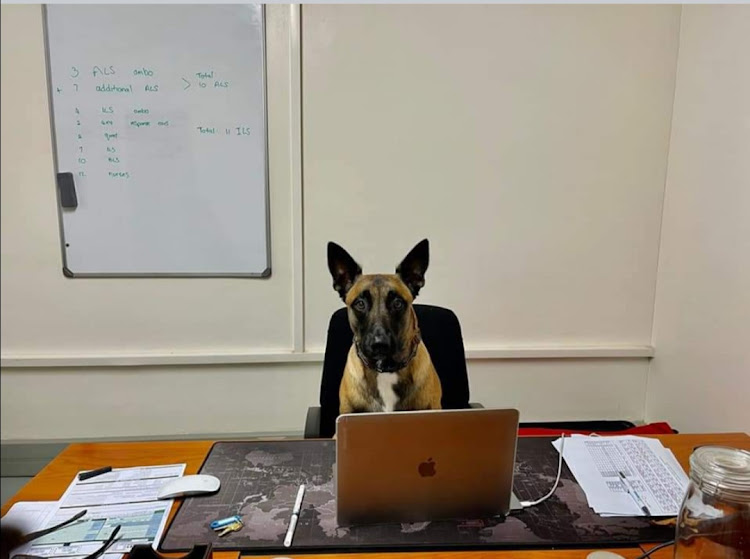 Odi, a search and rescue dog with IPSS medical rescue, is on 'light duty' at the office after undergoing surgery.
Image: via Facebook

Even heroic search and rescue dogs have to press the “paws” button on sick days.

Odi, IPSS Medical Rescue’s trainee search and rescue dog, has been put on “light duty” around the office after undergoing emergency surgery to save his life.

The plucky canine has been on several dangerous search and rescue missions in and around Durban, including attending a structural collapse in Inanda last year which left one person dead and three injured.

Odi was not injured on duty but suffered a life-threatening medical emergency last week.

In a lighthearted Facebook post on Monday, IPSS said the pooch was recovering and was on “light duty” at the office, going through e-mails and shouting for his tea. 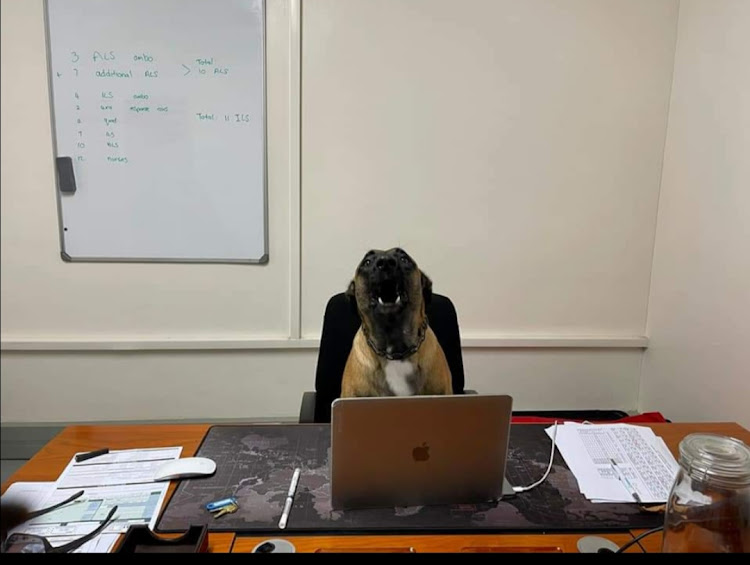 Odi demands a cuppa while on duty in the office.
Image: via facebook

“Odi is up and about and feeling much better. He is refusing to stay home and therefore will be working from the office for the next week, on light duty.

“He says thank you and he will be back in action saving lives soon.” 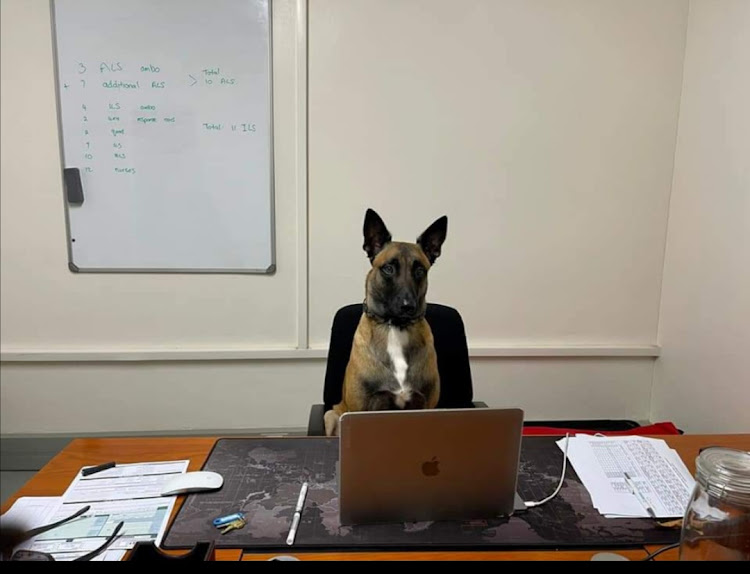 IPSS posted on Thursday last week: “We had a day filled with concern of a different kind  when K9 Odi suffered a life-threatening medical emergency.

“Odi was rushed through to Westville Veterinary Hospital after his handler noticed he was not responsive. 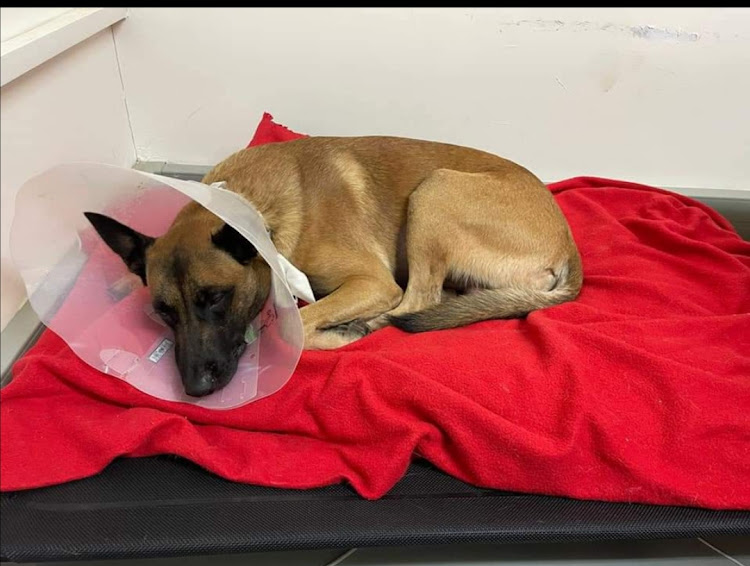 “He immediately underwent emergency surgery to save his life.

“Major surgery was performed and he has made it out of the woods and is currently recovering at home.

“He has been booked off duty for two weeks to regain his strength.”

The NSPCA is investigating a case of animal abuse after a dog owner released camera footage of her dog sitters abusing her seven-month-old boxer pup.
News
1 year ago

A storm over a teacup-size Pomeranian puppy is brewing as a Durban couple try to recover nearly R9,000 from an alleged scam artist - and demand ...
News
1 year ago