Military doctors were right: WhatsApp is not right for orders to deploy 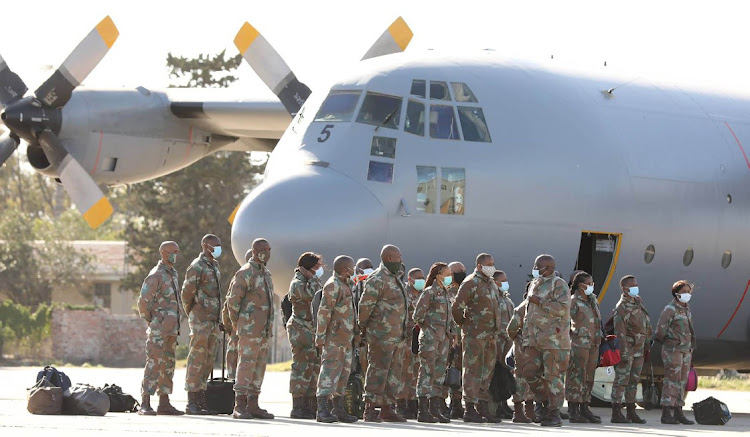 Twelve medical military members accused of  “disobeying local command” or “acting to the prejudice of military discipline” when they refused to deploy to the Eastern Cape on a Covid-19 mission have been exonerated.

They were part of a group of 75 doctors, nurses, specialists and other medical practitioners called up on July 3 2020 to deploy to the province  that Sunday as part of Operation Notlela.

They would be gone for eight weeks.

Operation Notlela was the SA National Defence Force reaction to the coronavirus pandemic which saw soldiers, medics, sappers (pioneer or combat engineers) and other military members patrolling streets, screening and testing patients and providing potable water and logistical support, according to DefenceWeb.

But 12 of the Gauteng medical personnel did not deploy and on Monday July 6 found themselves in front of a military judge.

Advocate Brian Plaatjies, a former military judge, represented 10 of the 12. The two other accused were represented by free military counsel.

Plaatjies said he was instructed to pursue damages against the military for legal expenses and for pain and suffering.

“For nine months they were the subject of banter. The whole thing cost them greatly and I don't come cheap ... The point here is that the military should not be using social media to communicate because it opens them up to to being hacked or exploited by outside influences.

“There was not even minimal evidence for them to be charged and that's why I took on the case.”

He detailed the case and why the officers were found not guilty.

The head of Gauteng anaesthetics was supposed to be the commander of the group deployed to the Eastern Cape. But he was not in his office when the call came from the military.

He received a list of 75 names on a WhatsApp group, including his and some of his staff.

The SA National Defence Force can be relied upon no matter the circumstances, President Cyril Ramaphosa said on Sunday.
News
1 year ago

“He could not make head or tail of what the list was until he got a call to inform him that they would need to report to Waterkloof on Sunday ... to deploy to a Covid-19 flare-up in the Eastern Cape.

“I argued it was an inappropriate time because it was during this time when Gauteng was the epicentre of the pandemic. The hospitals were already short-staffed.”

Plaatjies said the military had not followed proper procedure because there was no “warning order” to give doctors notice and there was no “pre-deployment briefing” on information they needed before being deployed.

And the unit was not given “route form authority” — the authority to detach from their unit and formally clear out. He said this would cover members in case of death or injury en route.

The advocate said many of the 12 had co-morbidities, including the commander who was 59 and a woman who was breastfeeding. Being in the medical field they knew they were at high risk.

The arrest of a senior military commander and a junior officer for allegedly stealing R1.4m in an army reservist call-up scam has exposed gaping ...
News
1 year ago

When the military was informed of this the 12 were asked to furnish the SANDF with the reasons they could not deploy. On July 6 they were asked to meet at 1 Military Hospital.

“They were told it was a general meeting at 6am. But when they got there, to their dismay, one by one they were driven into the office like small children and then to a waiting prosecutor like a bunch of cattle.

“I said [in court] that the list of names were [chosen by] some general sitting in the dark smoking cigars just saying names — it was clear there were no proper plans made.”

Plaatjies said if found guilty the medical officers would probably have had to pay a big fine. Worse, it would count as a black mark against them and could hinder their careers.

The case ran from November 24 to 26 and was postponed to March 5 when the state closed the case.

“I said there was no evidence to charge the accused and on the face of it the state hadn't even furnished the court as to why they were being charged. There was no probable cause to charge.

“The court agreed and discharged the case.”

The 12 were cleared on Tuesday.

The 6 SA Infantry Battalion training area is now being used by illegal hunters and livestock thieves, say the farmers.
News
1 year ago