'He was too good for this broken world': Five must-read stories on Lindani Myeni's death 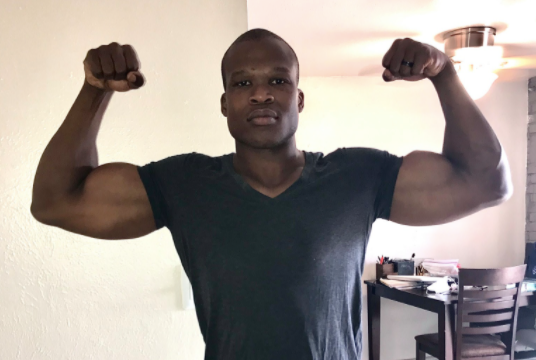 Plans to repatriate Lindani Myeni's remains from Hawaii to SA are ongoing.

The 29-year-old former rugby player from KZN was shot dead by Hawaii police in an altercation last week.

His death has again put the spotlight on the conduct of white police towards black people.

Myeni was shot dead by officers from the Honolulu police department after they responded to an alleged “burglary in progress” at a home in Nuuanu.

The police department released footage from two of the three officers who responded to the alleged burglary.

In it, one police officer can be heard shouting for Lindani to “get on the ground”. Four gunshots can be heard and then another officer shouts “police”.

Honolulu police department chief Susan Ballard was unable to say if Myeni had taken anything from the home, which would substantiate the reason for labelling it a burglary.

Questions are beginning to surface over the death of a former KwaZulu-Natal rugby club player and father of two who was shot dead by police in Hawaii ...
News
1 year ago

Minutes before his death

According to Myeni's wife Lindsay, who is a US citizen, her husband died at Queen Emma’s hospital.

Lindsay recalled that the last time she saw Myeni was at 7.30pm before he was shot dead at 8.10pm.

“What do I tell my babies when they cry for him?” wrote Lindsay on Facebook.

“He has my heart. I will never find a perfect love like him. He was indescribable. He’d grown into a nobleman. Righteous but not self-righteous. Loving and wise. He was too good for this broken world.

“He was born at Queen Nandi hospital and passed at Queen Emma’s hospital. We need justice. They must release the body cams and show us what happened.”

In SA, Myeni's death sparked an outcry as many demanded justice.

The EFF called for President Cyril Ramaphosa to hold the US accountable for the “senseless killing”.

“Lindani is at least the second case of police harassment of innocent black men in the past week alone. He had no criminal record and was a devoted Christian family man,” said the party.

“The EFF urges Ramaphosa not to tiptoe around this issue in front of his masters, the USA authorities. He must demand justice and hold the USA accountable for this senseless killing.”

‘Let our government step in and protect its people’: South Africans demand justice for Lindani Myeni

The 29-year-old former rugby player was shot dead by police last week after they responded to an alleged burglary in progress.
News
1 year ago

More than R380,000 raised through crowdfunding

Myeni's friend, Seabelo Silitsheni, said the money would be used for flights, funeral cover and lawyers.

“We are fundraising to cover his transportation back home to SA, funeral costs and legal fees involved in the family’s fight to uncover the circumstances surrounding his death,” said Silitsheni.

KwaZulu-Natal premier Sihle Zikalala said the plans to bring Myeni home “are gaining momentum, after interactions between the office of the premier, the department of international relations and co-operation (Dirco) and the consul-general in the US”.

“We remain hopeful justice will prevail and the killers of Myeni will be brought to book soon, and bring to justice all those linked to his untimely demise,” he said.

Zikalala said his office would continue to work closely with Myeni's family to finalise arrangements for the former rugby player's remains to be brought back with dignity to the province.

“We are in regular contact with Dirco and the office of the consul-general to consolidate efforts towards the repatriation,” he said.

The KwaZulu-Natal government announced on Wednesday it was working with the family of Lindani Myeni — the former rugby player shot dead by police in ...
News
1 year ago

North Carolina state officials have opened an investigation into the fatal shooting of a black man in his car by local sheriff's deputies serving him ...
News
1 year ago

US House of Representatives Speaker Nancy Pelosi on Tuesday drew criticism by thanking George Floyd, a Black man who became a symbol of the struggle ...
News
1 year ago

EDITORIAL | Chauvin got his conviction, but it cannot end there