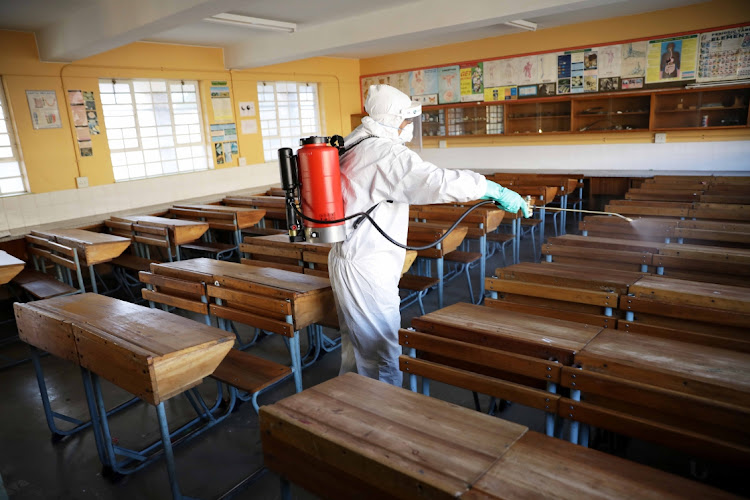 A worker wearing protective gear sprays disinfectant in a classroom at Groenvlei High School in Lansdowne, Cape Town, on May 22 2020.
Image: Esa Alexander

Some principals and school governing bodies at the schools in Gauteng that were decontaminated at the heavy cost of R430m say the work that was done was not different from their own regular cleaning.

Officials from at least five schools that Sowetan visited, which formed part of the more than 2,000 schools that were “deep-cleaned” after positive cases of Covid-19, said they were not happy with the amount of money spent.

One principal, who spoke to Sowetan on condition of anonymity, said the Gauteng department of education was responsible for sending companies to deep-clean the schools. The cleaning was described by schools' staff as similar to spring cleaning and “nothing special”.

An investigation by the SIU has revealed that the Gauteng education department did not follow due process in the procurement of services to ...
News
1 year ago

Millions of rand went into disinfecting surfaces, but the practice has no scientific backing
Opinion & Analysis
1 year ago

Are disinfectant foggers effective at killing the coronavirus?

The new hard sell to offices, gyms, churches and schools is the disinfectant fogger.
News
1 year ago