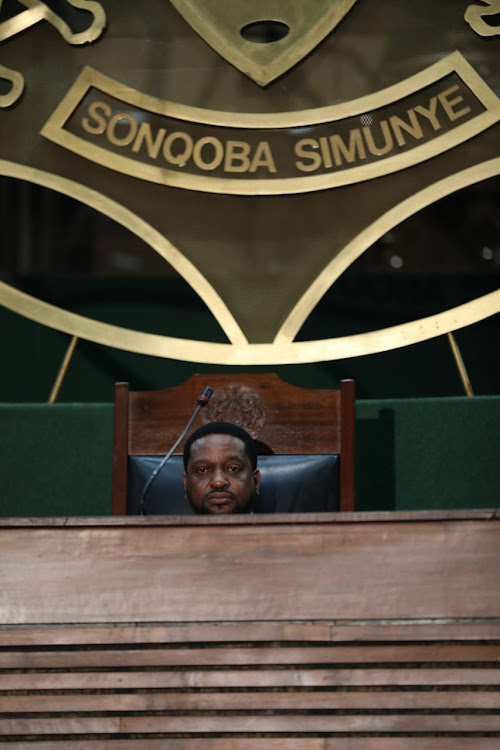 Prince Misuzulu believes that members of the Zulu royal family challenged his mother's regency only because they were against him ascending to the throne.

The prince, who one section of the royal family regards as the rightful Zulu monarch, made this claim at a family meeting in Ulundi, northern KwaZulu-Natal, on Wednesday.

The gathering was attended by members from 15 houses of Zulu royalty, with the hopes of reaching an amicable solution to succession divisions that have rocked the nation since the passing of King Goodwill Zwelithini kaBhekuzulu earlier this year.

Prince Misuzulu was also concerned at how some within the household have taken aim at royal prime minister Prince Mangosuthu Buthelezi, saying this was part of the plan to target the apparent heir to to the throne.

“The attacks against Buthelezi happened before I was appointed. This started when my mother became regent, by family members who have a different view.

“I see now. I have realised this wrangling was against me all along,” he said.

The late king left a last will and testament naming his wife, Queen Mantfombi, who has since died, as regent. Through her subsequent will, she in turn left the throne to their eldest son, Prince Misuzulu.

But some members of the royal family have questioned the authenticity of the late king's will, and have interdicted the coronation of Prince Misuzulu.

Prince Misuzulu ka Zwelithini has warned amakhosi that while they work hand in hand with the government, they should be cautious of a third force ...
News
7 months ago

That side of the family is led by King Zwelithini's sister, Princess Thembi Ndlovu, and brother, Prince Mbonisi Zulu. They are understood to favour the monarch's first born, Prince Simakade Zulu, to take the throne.

Prince Misuzulu on Wednesday told family members who attended the meeting that the throne belongs to them, and it is their duty to preserve it.

“I have all my faith in you. This seat doesn't belong to Thembi and Simakade, it belongs to you. I hope this is the last time we hold such a meeting,” he said.

Prince Mbonisi and Princess Thembi did not attend the meeting, saying they could not be summoned by someone who referred to himself as a king when the nation did not yet have one.

They expressed reservations with attending a meeting where there was no agenda sent ahead of time. This was contained in letter attributed to the two royals, which was read out at the meeting.

This is not a meeting to appoint a king. There is a king.

However, Prince Misuzulu said: “I am happy that in the presence of the media, it is clear that we invited them. They chose not to come, but I still say they are my blood.”

He clarified that the meeting had not been called to appoint a king.

“This is not a meeting to appoint a king. There is a king,” he said.

The prince called on other members of the royal house to be patient with those who opposed his ascendancy, adding that previous successions always led to infighting but the family always eventually unites.

“It has been a difficult period after the death of my parents. There was tension and mistrust, but I always say that doesn't shock me. It happens in all families. We are no different,” he said.

“After your support and faith in me, I want you to see that I am here with you.”

MEC Hlengiwe Mavimbela is hoping that life-size statues of Sir Theophilus Shepstone and British monarch Queen Victoria will be removed in favour of a ...
News
7 months ago

The ANC has proposed saving money by abolishing some of the royal pomp at the opening ceremony of the KwaZulu-Natal legislature, sparking outrage ...
News
8 months ago

The royal family has been in turmoil since the death of King Goodwill Zwelithini kaBhekuzulu earlier this year, with disputes over his successor ...
News
8 months ago