‘We can no longer afford the blackmail that Eskom is too big to fail’: Stinging words at Nedlac summit 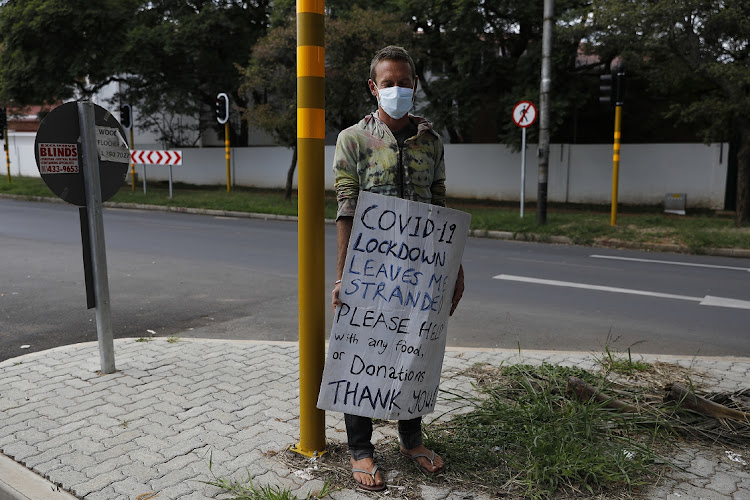 The Covid-19 pandemic has worsened SA’s socioeconomic troubles and ruined the lives and livelihoods of many people. File photo.
Image: Alon Skuy

The belief that Eskom needs to be saved no matter the cost is tantamount to blackmail and hampering the supply of sustainable electricity to the people of SA.

This was the view of Thulani Tshefuta, overall convener of the National Economic Development and Labour Council’s (Nedlac) community constituency at the organisation’s annual summit in Johannesburg on Tuesday.

The summit affirmed that Nedlac’s economic reconstruction and recovery strategy, announced by President Cyril Ramaphosa in October 2020, was on track despite setbacks due to the Covid-19 pandemic.

“We can no longer afford the blackmail that Eskom is too big to fail and must be saved against all odds,” said Tshefuta.

He said the focus should instead be on producing sustainable energy to communities.

“Our interest is in the supply of sustainable energy and not how best we save Eskom.”

Under the twin pressures of a spate of civil disorder in July and tighter Covid-19 lockdown restrictions during the third wave, as well as other ...
News
1 month ago

Tshefuta pointed out that the “battering effect” of the Covid-19 pandemic had worsened SA’s socioeconomic troubles and ruined the lives and livelihoods of many people.

Using load-shedding as an example, Tshefuta said the plight of households and communities was as important as the plight of the economy.

The effects of load-shedding were felt not only by big business but also pupils writing matric exams and whose futures were written off as a result.

It also hampered communities’ ability to eat and damaged people's appliances, he said.

“You buy a kettle, there is load-shedding, the kettle is damaged, you must go and buy another.”

The pandemic had laid bare fault lines in SA’s economy such as poverty and inequality, which had been worsened as people lost their jobs during the lockdowns.

The changing nature of work in SA was not as a result of the formal sector’s wishes but was the result of people who lost their jobs during the lockdowns and turning to the informal sector to survive.

“Those are the channels through which we must begin to support other sectors of the  economy,” said Tshefuta.

It was also important to change the relationship communities had with infrastructure, he said. “Communities must no longer be passive consumers of infrastructure that government will come and deliver, but must be empowered with the necessary skills so they are active agents for the delivery of that infrastructure.

“It is only when communities are agents of the delivery of infrastructure that they will jealously guard it with their lives.”

Residents of Diepkloof Zone 3 in Soweto have barricaded the Soweto Highway near the N1 with large rocks and burning tyres as protests over power cuts ...
News
1 month ago

Tshefuta said it was important for citizens to be part of the solution to SA’s economic and unemployment woes.

In a sideswipe at Nedlac, however, he said what was happening behind closed doors was “the opposite of that”.

“It is one of the highest levels of hypocrisy that the platforms at Nedlac are discussing  labour market-related issues, while representatives of the unemployed are locked out of those discussions. That is no longer acceptable.”

Tshefuta also took aim at employment and skills development legislation, saying it had done little to advance the plight of disadvantaged people in the 23 years since its enactment.

“How do the billions spent in the skills system help us to achieve employment equity?”

Labour minister Thulas Nxesi says says an organisation representing businesses is heading to the Constitutional Court to seek a declaratory order on ...
Business Times
1 month ago

SA needs a plan on how to move from containment of the Covid-19 pandemic to mitigation and living with the coronavirus, says Prof Koleka Mlisana from ...
News
1 month ago

More than a quarter of all households received grants as their main source of income last year as the Covid-19 pandemic wreaked havoc.
News
1 month ago