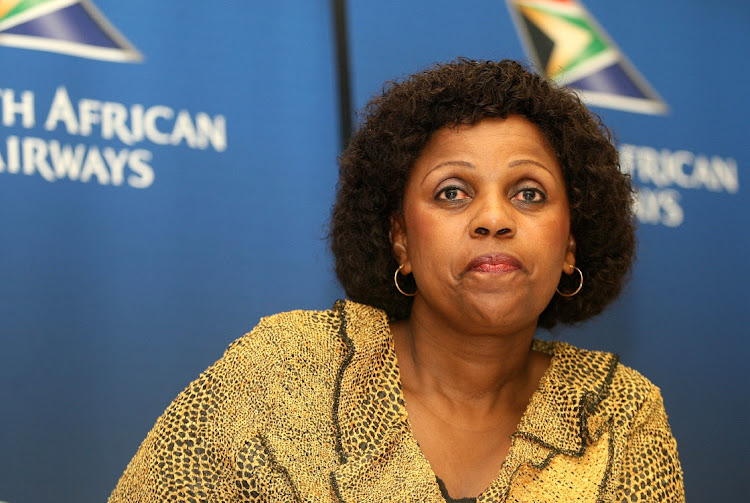 Former SAA board chairperson Dudu Myeni should be pursued by the NPA in connection with alleged fraud and corruption while she was at the national carrier, the Zondo commission report has recommended. File photo.
Image: Veli Nhlapho

The first part of the report of the commission of inquiry into state capture was handed to President Cyril Ramaphosa on Tuesday by acting chief justice and chairperson of the commission Raymond Zondo, implicating several high-profile politicians and businesspeople.

For three years the commission heard evidence of alleged corruption, fraud and money laundering at state entities, including SAA, Eskom and Transnet.

The report, which is more than 870 pages in length, is the first part of three to be submitted by Zondo.

The commission investigated, among other things, whether Zuma, as state president, moved allies into key government positions, who then awarded tenders by SOEs and state organs for the benefit of the Gupta family or other individuals.

Here are six people implicated in the report:

Manyi is accused of enabling state capture during his 18-month tenure as CEO at state communications entity GCIS.

According to the report, the now-defunct Gupta-owned newspaper The New Age received millions of rand in advertising spend and sponsorships from the GCIS.

It found Moyane was informed of his appointment at Sars in advance, despite an ongoing appointment process at the time.

“The only feasible conclusion is that the organisation was deliberately captured and president Zuma and Moyane played critical roles in the capture of Sars and dismantling it in the way it was done during Moyane’s term as commissioner,” Zondo said.

Former president Jacob Zuma was involved in colluding with the private sector to water down Sars' ability to function optimally, the state capture ...
Politics
5 months ago

Zondo attributed the demise of SAA to Kwinana, who was in charge of technical operations, and Myeni, whom, he said, acted with “corrupt intent”.

The report notes Myeni's undue appointment as SAA board chairperson, as she was an underperforming board member who rarely showed up for meetings.

Zondo said Myeni's management style instilled fear, intimidation and paranoia “when a public entity should be operated transparently and with accountability to the South African people who fund its operations”.

Their conduct enabled acts of corruption and fraud at SAA and SAA Technical.

Zondo said former public enterprises minister Malusi Gigaba was a Zuma and Guptas loyalist and would do anything for them.

Gigaba's denial of involvement and interference at Eskom and SAA must be rejected, he said.

He cited Gigaba's estranged wife Norma Mngoma who testified that Gigaba took instructions from the Guptas.

“Gigaba’s evidence that he would not have been involved in operational matters must be rejected. Gigaba was prepared to do wrong for the Guptas or Zuma. A number of incidents can be pointed out in support of this,” said Zondo.

The ANC is appealing to South Africans to engage with part 1 of the state capture inquiry report in a bid to put state capture in the country's past.
Politics
5 months ago

Part 1 of the state capture commission report is broken up into three areas, covering SAA, The New Age and the SA Revenue Service.
Politics
5 months ago

What you said: Ramaphosa should not be the first to get state capture report

What are you expecting to learn from the state capture report?
Politics
5 months ago

The now defunct The New Age newspaper was a conduit of state capture for the Gupta family, the Zondo Commission has found.
Politics
5 months ago

Former public protector Thuli Madonsela has welcomed the release of the state capture commission's report to the public on Tuesday, not long after ...
News
5 months ago