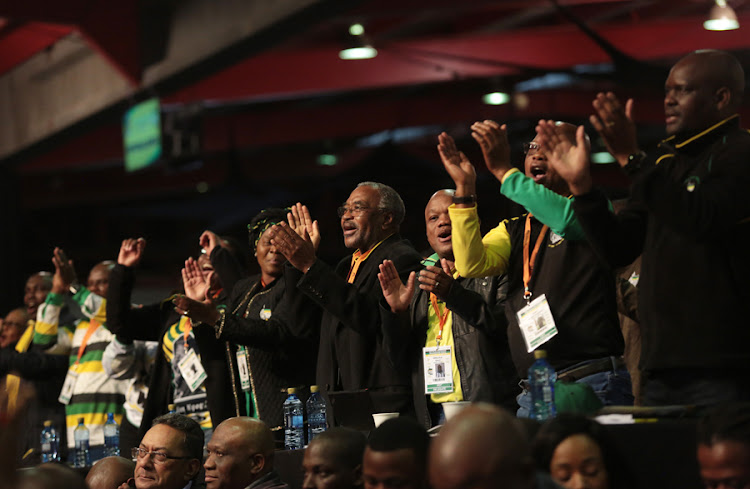 By day three at the ANC's national policy conference no faction holds sway as the battles continue behind the scenes.

Provincial power players are manoeuvring to find a middle ground on contentious issues such as the phrasing of resolutions on “white monopoly capital” to prevent opposing factions causing further ruptures in the ruling party.

A proposal by some structures‚ including the ANC Youth League‚ to increase the number of top officials from six to up to nine members to beef up capacity at Luthuli House has gained traction.

The ANC’s head of organising‚ Fikile Mbalula‚ told a media briefing on Sunday that the proposal to amend the party constitution was likely to be approved by two-thirds majority at the December national conference.

This means there will be a greater contest for top ANC posts – and available for horse-trading.

But while there are attempts to keep the lid on tensions‚ delegates who have been debating ANC policy documents in commissions since Saturday‚ are believed to be fighting back on some issues.

Among the issues at the heart of the battle are the corrupting influence of the Gupta family on decision-making and tender processes in the state and President Jacob Zuma’s insensitive attack on ANC stalwarts in his opening address to the conference on Friday.

While Zuma was hoping to escape censure at the conference‚ it might be ironic that he would be called to order not for his scandals and impact of his leadership on the ANC but for off-script remarks against the veterans on Friday.

But the party is still standing by Zuma when it comes to the vote of no confidence in Parliament‚ which is now scheduled for Tuesday‚ August 8.

Analysis: Buzzwords are proxies in the factional battle at ANC policy conference

The ANC might continue to insist that the policy conference has absolutely nothing to do with the party’s leadership succession‚ but the reality is ...
Ideas
5 years ago

Mbalula said the ANC “will not withdraw” the president from his position and would impose disciplinary procedures against “suicide bombers” from the ANC caucus who vote according to their conscience.

While it remains to be seen whether the ANC takes a strong stance against the Gupta family in light of the incriminating information that has emerged in their leaked emails‚ Mbalula indicated that arrests were pending against their sponsored political hit squad‚ the Black First Land First group.

He said demonstrations by the group at the homes of the South African Communist Party’s Solly Mapaila and editor Peter Bruce could not be allowed.

“We must hit them hard‚” Mbalula said.

President Jacob Zuma’s alleged corrupt activities are the biggest concerns for many living in the small farming town of Grabouw in the Western Cape.
Politics
5 years ago

Finding a Jacob Zuma supporter is like searching for a needle in a haystack in the small village of Tshikanoshi‚ Limpopo.
Politics
5 years ago

Police minister Fikile Mbalula has referred to ANC members of parliament as ‘suicide bombers’ who would die for an ideology whether it is right or ...
Politics
5 years ago

No confidence vote: MPs will be disciplined if they vote against ANC party line

Police Minister Fikile Mbalula says if ANC members of parliament vote according to their conscience and not according to the party line on the motion ...
Politics
5 years ago