Students at CPUT welcome Blade getting the chop 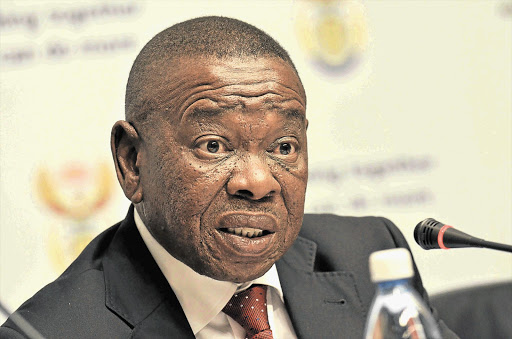 Students at the Cape Peninsula University of Technology (CPUT) in Cape Town have waited "a long time" for the firing of Minister of Higher Education‚ Blade Nzimande.

Nominated student representative Sivuyise Nolusu said that they welcomed the decision by President Jacob Zuma to axe Nzimande in his latest cabinet reshuffle on Tuesday.

"We are very happy about Blade Nzimande being fired‚ because the way he was handling things at CPUT in particular was [poor]‚" Nolusu said. "We've been waiting a long time for it to happen. He gave a mandate to the university management to do whatever they wanted to calm the situation at the university‚ including arresting students."

Nolusu was referring to the violent clashes between students‚ private security and police that have plagued CPUT campuses for over a month and resulted in property destruction‚ arson attacks and the arrests of students. Students want management to deal with the issues of financial exclusion of students‚ in-sourcing of workers and the securitisation of campuses.

Last week‚ the university announced an indefinite suspension of activities in order to meet with students over a resolution.

University spokesperson Lauren Kansley said that university management decided to resume classes on Wednesday‚ after they met with students on Saturday for a "good" meeting that ended "positively".

"One of the outcomes was a commitment to the issue of financial exclusions – namely that no academically deserving student will be financially excluded‚" said Kansley.

But on Tuesday‚ workers and students from various campuses met in Woodstock to announce that they would prevent classes from going ahead.

They said that a meeting late on Monday between students‚ members of the SRC‚ the Economic Freedom Fighters (EFF) and the Pan-African Students Movement of Azania (PASMA) had resolved that nominated student representatives should request a sitting of a university assembly before classes could resume.

"We need a fully fledged university assembly‚ where we are going to raise our concerns‚ discuss our problems and resolve them‚" a nominated student representative said.

"We want it to be chaired by an independent mediator and to include all stakeholders‚ including [university] council‚ so that all decisions made there are binding. We would like the university to remain closed until the assembly sits."

"Our environment is not conducive [to learning]. There is barbed wire around the campus and only one entrance in and out‚ so my question is what if something happens on campus?"

Kansley said that private security would remain on campus for "as long as they are required".

'Good for Blade' but Zuma ‘should have reshuffled himself’: Malema

The DA says President Jacob Zuma's latest cabinet reshuffle did not come as a surprise‚ as it was clear that he is at war with anyone who opposes ...
Politics
4 years ago

ANC Secretary General Gwede Mantashe says the removal of SACP boss Blade Nzimande from the cabinet will cause further divisions in the tripartite ...
Politics
4 years ago

Zuma seems to have no qualms about accelerating investor jitters

If there were any doubt that President Jacob Zuma is a danger to South Africa’s stability‚ his surprise cabinet reshuffle on Tuesday morning would ...
Opinion & Analysis
4 years ago