President Cyril Ramaphosa can be added to the list of politicians who have not been 100% accurate with public statements made. Ramaphosa recently corrected a statement he made regarding money received from BOSASA.

Other politicians have made headlines this year for their public statements which were later disproved.

Here's a list of just five politicians who have made headlines.

When DA leader Mmusi Maimane alleged that R500,000 had been transferred from a BOSASA account to that of the president's son, Andile, Ramaphosa said he had discussed the matter with his son.

"I proceeded to ask my son what this is all about. He runs a financial consultancy business and he consults for a number of companies, and one of those companies is BOSASA," said Ramaphosa at the National Assembly.

"I asked him at close range whether this was money that was obtained illegally and he said this was a service that was provided," the president added.

After investigating the matter further, Ramaphosa found that the "donation" had in fact funded his presidential bid, and "does not relate" to his son's BOSASA contract.

"The donation was made without my knowledge. I was not aware of the existence of the donation at the time that I answered the question in the National Assembly," wrote the president.

The DA has asked Ramaphosa to provide complete details about donations from BOSASA and exactly what BOSASA got in return, if anything.

President Cyril Ramaphosa has revealed that his campaign to oust Jacob Zuma at the party's conference in Nasrec last year was partly funded by a ...
Politics
3 years ago

An inquiry into the role of former social development minister, Bathabile Dlamini, in the grant's debacle found that Dlamini had lied under oath.

Led by Judge Bernard Ngoepe, an inquiry criticised Dlamini for not answering some of the questions. Instead, she opted to respond with "I don't know" or "I don't remember".

The Constitutional Court later concluded that she was "reckless and grossly negligent" in her handling of social welfare payments.

In October, Malusi Gigaba, who at the time was home affairs minister, was found to have told an "untruth under oath."

Public Protector Busisiwe Mkhwebane asked President Cyril Ramaphosa to advise her office what action would be taken against Gigaba for violating the constitution.

Mkhwebane found that Gigaba was not honest in this regard.

Gigaba has since resigned as home affairs minister and ANC MP.

"I owe you conduct as a public office bearer that is beyond reproach. But, I am human too, I do make mistakes. "

This came after he admitted to the State Capture Inquiry that he had met with the Gupta family at their home.

"I should also have disclosed early, and fully, the details of these meetings, in particular those that took place in Saxonwold."

Though he conceded to the meetings, Nene insisted that the controversial family did not offer him any money or ask him for any favours. 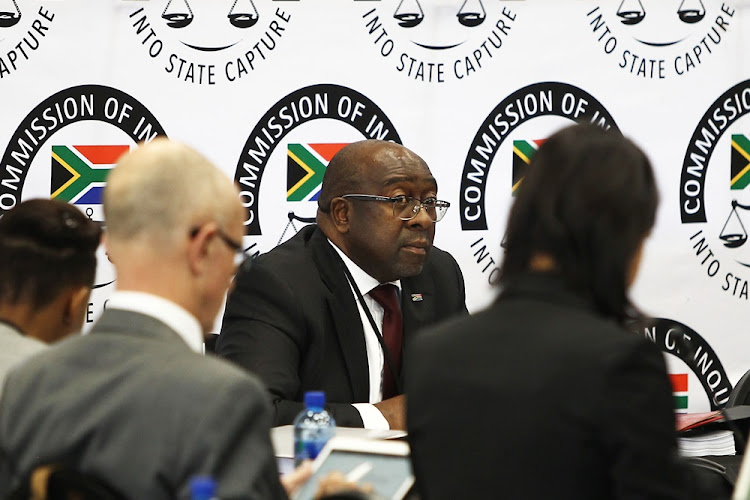 During her testimony at the Zondo Commission of Inquiry into State Capture back in August, Mentor said that Duduzane Zuma had introduced her to politically-connected businessman Fana Hlongwane.

Last week, her lawyers sent a letter to the commission saying that this was in fact, an "error".

"After our client's appearance before the commission she decided to view images [of Hlongwane] on the internet. After reflection on those images she has come to realise that they are not of the person she was introduced to [by Zuma] on the Emirates flight."