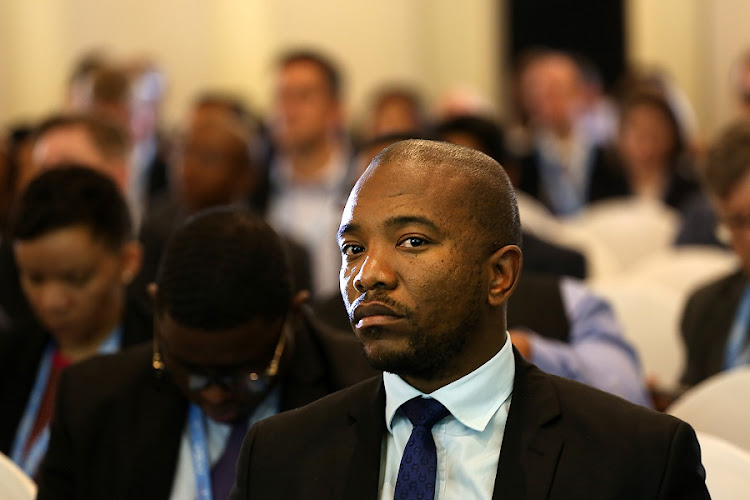 One SA Movement leader Mmusi Maimane is trending on social media after the DA lost some wards during the by-elections.
Image: Alon Skuy

Former DA leader Mmusi Maimane has found himself at the centre of reactions to the outcomes of the by-elections this week.

Many questioned who would take the fall for the DA's decline in votes after Maimane's departure.

Maimane resigned from the DA in October last year after the party's poor showing at the polls in the last general elections.

Maimane called for an independent review which found that while he was hard-working, he could be, among other things, indecisive, which led to a "lack of clarity about the party’s vision and direction".

South Africans went out in numbers in what the Electoral Commission (IEC) called the biggest by-elections held on a single day in SA's history. This week 95 wards were up for grabs in all nine provinces across SA. The elections were postponed earlier this year due to the Covid-19 pandemic.

The ANC has emerged stronger from Wednesday's hotly contested by-elections, retaining 64 municipal wards across the country, winning six new ones and ...
Politics
1 year ago

The DA lost nine wards which it previously controlled, retained 14 and won two. In the Eastern Cape, the party won one of 19 seats while the ANC won 18. The ruling party emerged the biggest winner with 70 wards. It retained 64 wards which it won from the 2016 by-elections and won six more.

TimesLIVE reported that this loss is reflective of the DA's dismal performance in last year's general elections, where its share of the vote fell from 30.78% in 2014 to 27.45%

Maimane did not directly respond to the tweets, but did say he found the election outcomes “very interesting”.

Former Johannesburg mayor Herman Mashaba was also dragged into the conversation as some said his departure from the DA also signalled “its fall.”

Mashaba did weigh in on the elections, but not the DA's loss.

It’s true, you reap what you sow. pic.twitter.com/e0EC9IYCNA

Now that DA has suffered significant losses in by-elections will any of leaders take responsibility, will there be an investigation of this performance as was the case with Maimane leadership? Will this downward trend 📉 repeat itself in 2021 local government elections? Where to? pic.twitter.com/srUzQUp9py

First they blamed Mmusi now they are going blame the media and social media.

Helen and John are leading their party to rock bottom but they will never admit that. They will play music on the titanic.

It's said that the DA has John Steenhuisen, Helen Zille & Van Damme as existing members & the rest came for the t-shirts & food since Mmusi Maimane left.

The resignation of Mmusi Maimane,Herman Mashaba and other Black People signalled the death of the DA

If @MmusiMaimane had decided not to resign as DA Leader and was at the helm for yesterday's by-elections, the knifes would be out already. It would be all *his* fault (I saw this movie many times).

Do you think the same is happening to John and Helen right now?

There is justice in watching the DA blame Mmusi Maimane for their losses and then watching what's happened after he's stepped back gracefully.

For the ANC though, its strong showing is a shot in the arm, says the party's elections head Fikile Mbalula
Politics
1 year ago

ANC upbeat ahead of 2021 elections after by-elections boost: Fikile Mbalula

The ANC believes that its good showing in this week's by-elections is a sign of good things to come in next year's local government elections.
Politics
1 year ago