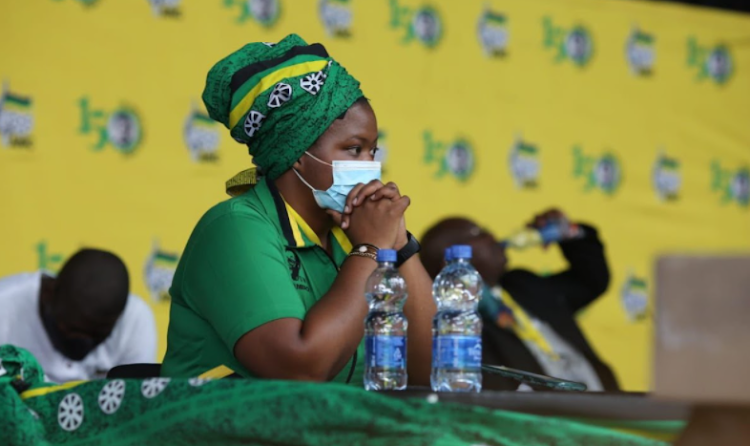 The team also wants the entire leadership of the powerful decision-making structure to attend the party's political school.

The call comes after Godongwana and Yengeni were kicked out of the meeting after they both forgot to mute their gadgets and were heard discussing the contents of the meeting on their phones with third parties. Among other issues, the meeting discussed the adoption of the “step-aside” rule for all leaders facing criminal charges.

Addressing the media at party HQ Luthuli House on Monday, the national convener of the NYTT, Nonceba Mhlauli, lamented the pair's behaviour. The issue was reportedly brought to the attention of party president Cyril  Ramaphosa.

“We made it very clear to the president [Ramaphosa] when he came to address us that what happened in the NEC meeting and the behaviour of members of the NEC was embarrassing, and that every one of them ought to be embarrassed about what happened.

The ANC Youth League may finally come to life after a resolution to hold its elective conference within six months.
Politics
1 year ago

“Beyond the conduct of the NEC members, also just the fact that voice notes were floating around ... part of what we are saying is that the ANC must investigate what happened there, who did the recording [and] how it was leaked,” she said.

Mhlauli added that “the people who said the things that they said” should also account for their behaviour.

The NYTT declared itself as a unifying structure which sought to uphold the integrity of the party at all times.

“We are not expecting them [the NEC] to be hurling insults at each other. Really, what we are saying is that the people who made those comments must account because we must ensure that the integrity of the organisation is protected,” said Mhlauli.

National task team co-ordinator Joy Maimela said the leaking of the recording of the meeting was a clear indication that the party was in “trouble”.

As revolutionaries we must rise to the occasion and play our part in restoring order.

“And as revolutionaries we must rise to the occasion and play our part in restoring order. We are happy that the ANC president agreed with the ANCYL suggestion that all NEC members, including the national officials, must go back to political school, and that comrade Godongwana and comrade Yengeni must be taken to the disciplinary committee of the ANC for their ill-disciplined and appalling conduct.

“We urge all members and leaders of the ANC at all levels to place the wellbeing and transformation of the lives of the disenfranchised people of SA above their own personal interest,” she said.

The recent appointment of 35 members of the NYTT comes nine years after the party's failure to have an elected leadership of the youth league since the expiry of office of the collective led by Collen Maine.

On Monday it revealed its intention to change the face of the organisation and acknowledged a plethora of challenges it had encountered over the past decade.

“It is therefore important to draw tangible lessons from the past while charting a new way forward for the future. The NYTT concedes that the rebuilding of the organisation is not an overnight process, it is rather a continuous process that requires all hands on deck,” added Maimela.

Newly appointed ANC Youth League convener Nonceba Mhlauli says the league has been used by leaders in its mother body as a “pocket knife” in their ...
Politics
1 year ago

It hasn’t spared the women’s league or military vets' association, so why would it be different for the youth league?
Politics
1 year ago

The ANC Youth League joins the entirety of our movement in celebrating a life worth emulating, writes ANCYL national convener Nonceba Mhlauli.
Ideas
1 year ago