‘Quite scary’ that deputy minister failed to see conflict in Bosasa doing his home security: Zondo 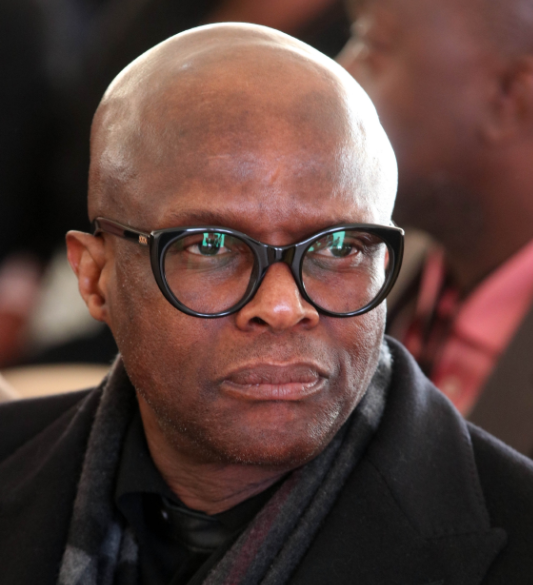 According to the state capture inquiry’s latest report, Thabang Makwetla, who was deputy minister of correctional services at the times, received private security work at his home worth more than R300,000 from Bosasa. File image
Image: ANTONIO MUCHAVE

Deputy defence minister Thabang Makwetla’s failure to see how having private security work done at his home by state contractor Bosasa was not a conflict of interest is “quite frankly scary”.

In fact, his failure to see this conflict, even five years after the fact, means he doesn’t deserve his position in government.

This is according to state capture inquiry chairperson Raymond Zondo, who has recommended Makwetla be investigated for breaching the Prevention and Combating of Corrupt Activities Act (Precca).

According to the inquiry’s latest report, which was handed to President Cyril Ramaphosa on Tuesday, Makwetla, who was deputy minister of correctional services at the time of the upgrades, received private security work at his home worth more than R300,000 from Bosasa.

The company had a long history of work with the correctional services department, which was one of its biggest sources of tender income.

Thabang Makwetla says it was released after parliament had been dissolved, meaning the matter would have lapsed
Politics
11 months ago

Zondo writes that during testimony Makwetla did not dispute that Bosasa had installed the security system at his residence, and that he testified he “did not find it strange that Bosasa would provide him with a security installation in circumstances where it had a contract with the department and had requested his intervention on its behalf regarding its rates in terms of its contract”.

“Mr Makwetla justified his response on the basis that he had requested a service from Bosasa that he was going to pay for. He said for that reason, there was no conflict of interest. He also testified that Mr Watson [the late former Bosasa CEO Gavin Watson] had requested his assistance on Bosasa’s contract rates before he had raised his problem with his home security with Mr Watson.

“Mr Makwetla testified that at the time when Mr Watson advised him he would not charge Mr Makwetla for the work, he was shocked because he thought Mr Watson would appreciate that he could not make such an offer because Bosasa was doing business with the department at the time. Mr Makwetla said he had explained this to Mr Watson.

“At the end of his evidence, Mr Makwetla confirmed that in hindsight what transpired was regrettable,” the inquiry report read.

However, says Zondo, Makwetla also confirmed that he raised the matter regarding Bosasa’s rates under its contract with the accounting office of the department.

“He claimed not to see any difficulty nor conflict of interest in him personally interfering in contractual affairs of the department nor that it may have amounted to the improper influence of a price to be agreed upon,” Zondo wrote.

The inquiry chair said Makwetla’s testimony in this regard was worrisome.

“Mr Makwetla’s protestation that the conflict of interest was not apparent to him because he said he was going to pay for the service is unconvincing. The conflict was glaring. He was getting involved in private contractual arrangements with a company doing business with his department in circumstances where Mr Watson was seeking an increase in rates outside any formal process for achieving this.

“If Mr Makwetla’s evidence that he saw no conflict of interest in this situation is true, then, quite frankly, that is scary.

“Mr Makwetla was and still is a deputy minister. Not only that, previously he was premier of Mpumalanga. What guidance would he have given to the members of his executive council in the province if he, as premier, did not know a situation such as this constituted a conflict of interest?” wrote Zondo.

Given that, five years after the incident, Makwetla still sees no conflict, is an even deeper worry.

“Mr Makwetla has had about five years to reflect on this incident since it occurred. Yet, when he gave evidence before the commission in March 2021, he still said he saw no conflict of interest in this scenario. If this is true, it means he should not be occupying such a senior position in government. It means in the department in relation to which he is deputy minister, he would advise the director-general and others that there is no conflict in a situation where there is a clear conflict of interest,” Zondo wrote.

The 900-page Zondo commission report on Bosasa contains a long list of those who should be investigated for organised crime, corruption and fraud.
Politics
3 months ago

Zondo was also critical of Makwetla for not halting the work when he saw the installation “had proceeded to an advanced stage before any quotation had been provided”.

Zondo said that the deputy minister’s version which suggests “innocent receipt” must be thrown out.

“Mr Makwetla’s supposed resolve to take up the matter with Mr Zuma [former president Jacob Zuma], and later President Ramaphosa, does not detract from the fact that he had received a form of gratification from Bosasa in order to act or exert influence on another to act and that amounts to the illegal or biased performance of a duty, or amounts to the abuse of a position of authority, or is designed to achieve an unjustified result.

This was “substantially below” the amount quoted by Bosasa, and the R300,000 quoted in testimony before the inquiry.

“Despite the fact that Mr Makwetla’s conduct in discussing the rates in terms of the Bosasa contract with the accounting office of the department was not explored further in the course of Mr Makwetla’s evidence, the evidence establishes a prima facie case of corruption in terms of sections 3 and 4 of Precca against him. The matter is accordingly referred to the relevant authorities for investigation and, if the National Prosecuting Authority so decides, prosecution,” Zondo wrote.

The Zondo commission of inquiry into state capture has been able to corroborate some of the evidence that was presented to it by Bosasa whistleblower ...
Politics
3 months ago