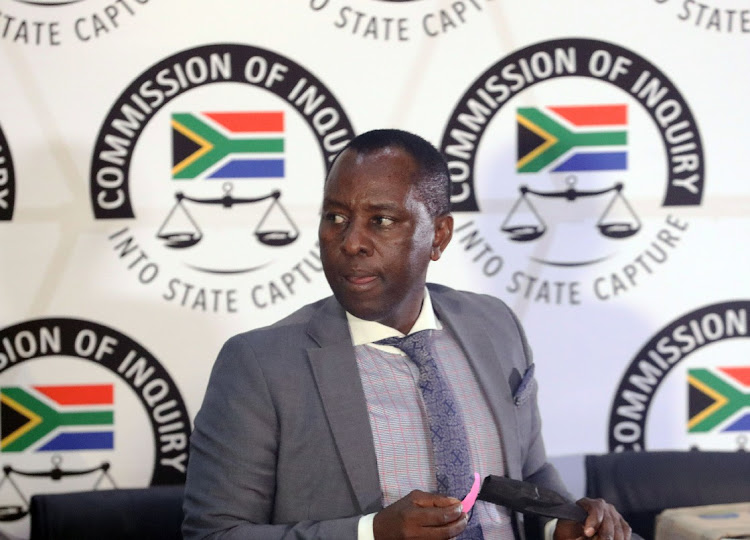 When the Free State provincial government realised it was at risk of losing R1.3bn allocated to build thousands of low-cost houses in 2010, officials quickly devised a scheme to spend the money.

“A scheme was quickly devised for the money to be spent, which led to the province spending over R500m by giving more than 100 contractors advance payments before any work was done.

“The Free State department of human settlements made payments to the contractors without any written agreement or any proof that houses had been built. No procurement process was followed in respect of the contractors and parties who supplied material,” reads the latest instalment of the state capture report.

According to part 4 of the report, which was released on Friday morning, the commission heard evidence on the Free State from Mxolisi Dukwana, who told chair of the commission Raymond Zondo about allegations of irregularities and corruption relating to:

Dukwana — who served as the MEC for economic development during ANC suspended secretary-general Ace Magashule’s tenure as premier of the province — also shared information on the interactions between them and visits to the Gupta compound where he met several of former president Jacob Zuma’s associates, including Tony Gupta.

"It can safely be concluded that Mr Zwane was a Gupta minister in the sense that he must have been appointed at their instance or request or with ...
Politics
3 weeks ago

This is where Dukwana claimed he was “offered cash in a briefcase if he signed a document which would have given the Guptas and their associates some work in the Free State”.

On the R1bn housing project, the report found that the manner in which the project was handled was “a dismal failure”.

On March 25 2010, the department of co-operative governance, traditional affairs and human settlement in the province released a statement which said R1.3bn had been allocated for the construction of housing units to address a housing backlog of more than 200,000.

Former provincial deputy director-general Kaizer Maxatshwa confirmed that contracts for the 2010/2011 financial year had already been allocated on the basis of a 45m2 house at a cost of about R500,000 per house from the Division of Revenue Act (DORA) funding in 2010.

Magashule, in his state of the province address in February 2010, announced that the size of low-cost houses in the province would increase from 50 to 60m2.

“The change caused disputes with the already-appointed building contractors who were now required to build 50m2 houses. In order to settle the disputes, it was decided that the Free State department of human settlements would go out to tender for constructors who were prepared to build the larger houses at approximately R72,000 per house.”

The tender process later collapsed after the bid adjudication committee’s resolution for a database to be established.

During his testimony at the commission, it was Zwane’s version that he was expecting a final report on the final outcome of the tender processes because that would determine the date on which they could start building. He later claimed he was unaware of the resolution.

During his second appearance, Zwane confirmed there were previously contractors appointed to the database. A new process was started and this is what gave the department 362 bids.

However, in his third appearance Zwane “conceded that the tender process had been abandoned and that there was no other comprehensive bidding process in the 2010/2011 financial year”.

Zondo’s team found that “the consequence is that none of the contractors who were subsequently appointed to build RDP houses in the 2010/2011 financial year in the Free State were appointed as a result of a competitive bidding process.”

The commission also found that, “As a result of the dispute with the previously appointed contractors as well as the collapsed tender process, the Free State department of human settlement had built no houses from its DORA allocation by halfway through the 2010/2011 financial year.”

The tender process was closed on April 2010 and cancelled on July 2010.

Maxatshwa alleged Zwane handpicked the 106 building contractors and that this irregularity should have been flagged but “he was not amenable to changing the names on the list”, reads the report.

Zwane denied the allegation and claimed the list was brought to him to approve.

At the end of the day there has been a total failure in the administration in the Free State human settlements department. That Mr Zwane should ever have been selected in the position of MEC in a provincial department of such importance is both surprising and unfortunate

“At the end of the day there has been a total failure in the administration in the Free State human settlements department. That Mr Zwane should ever have been selected in the position of MEC in a provincial department of such importance is both surprising and unfortunate,” reads the report.

The commission said it was evident during his testimony that Zwane had little understanding of his “role, learning and duties, becoming informed of the full nature of his responsibilities”.

“He was unashamed of his ignorance and brazen in his determination to allocate full responsibilities to those educated by whom he believed himself to be surrounded.”

Furthermore, it found that the head of department failed in every respect. From the initial failure to build houses and manage funds, the abandonment of the tenders process, the introduction and then implementation of the advance payment scheme.

“His performance was abysmal.”

There was absent strong leadership from Zwane on managing the HOD, the tenders and the creation of a database, among other things.

“He exhibited no shame or embarrassment in presenting himself to the commission as a person ignorant of the basic responsibilities as an MEC.”

The commission also found that Zwane was incompetent in his position.

It found that former premier Magashule should have been held accountable for his role in failing to take appropriate and effective measures that would have ensured that Zwane and his department performed their jobs.

“The only organisation that would have been able to remove Mr Magashule as premier — on the grounds that he failed to show leadership as premier and to monitor and supervise effectively the performance of Mr Zwane — would have been that of the ANC, which was responsible for his election.”

It also criticised the party for not acting against Magashule after the failed project.

The commission recommended that action be taken against Zwane and others for their role in the approval and implementation of the advance payments.

It recommended that law enforcement agencies conduct further investigations as may be necessary to enable the National Prosecuting Authority to determine whether it should charge Zwane, Moses Mpho Mokena, the former HOD and other department officials with fraud.

The manner in which the Free State provincial government, through the department of human settlements, handled its R1bn housing project was a “dismal ...
Politics
3 weeks ago