ANC Eastern Cape chair says he doesn’t care what slate people are on, as long as they do their jobs 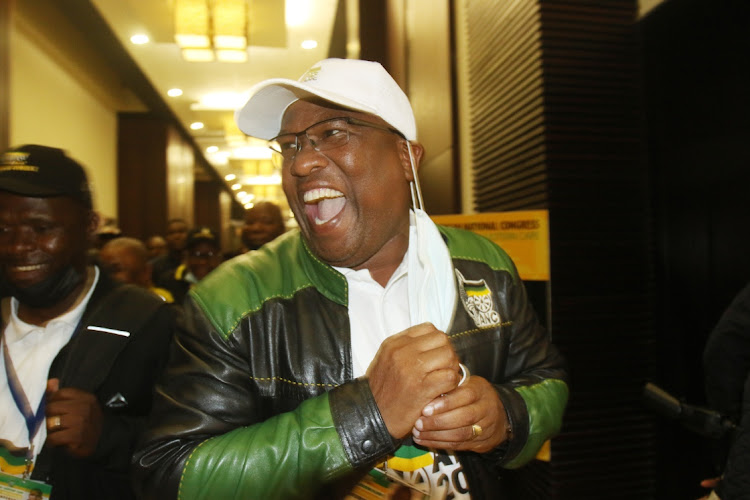 There will be no purging of the Eastern Cape losing slate after the ANC elective conference, but performance reviews of those in government will take place, says re-elected chairperson Oscar Mabuyane.

Speaking to the media shortly after all of his slate’s contenders emerged victorious on Monday, he said it was now time to move on with work.

Mabuyane, who beat Babalo Madikizela, the province’s MEC of public works, was responding to allegations of ANC leaders’ tendency to remove from power those who contest them during internal conferences.

“There is no purging. These are lies. They must be rejected with contempt because it’s just people who are creating a narrative.

“There will be no reshuffling, but there will be performance reviews. It is going to happen. That is an open secret,” Mabuyane said.

Oscar Mabuyane has retained the ANC Eastern Cape's chairmanship with a win against contender Babalo Madikizela.
Politics
1 week ago

As examples, he made reference to two leaders in a different slate from him during the eighth provincial conference — Phumulo Masualle, the deputy minister of public enterprises, and deputy speaker of the provincial legislature Mlibo Qoboshiyane.

Masualle is a former premier of the Eastern Cape, while Qoboshiyane was formerly an MEC in the provincial cabinet.

“It happened after the eighth provincial conference — people who were contested, we supported them. Whether you speak of comrade Phomolo, all those comrades are in strategic positions via ANC deployment. We deployed comrade Mlibo,” Mabuyane said.

“I don’t know who has been purged — comrades in strategic positions in council legislatures are not necessarily people who were supporting [our] perspective.”

“I [expect] the ANC to remove me as well if I [do not] do my work as a premier. Factions can’t be used as a refuge. Just do your work and you will be assessed like any member of the ANC.”

Re-elected provincial secretary Lulama Ngcukayitobi added that they see their emergence as winners as an opportunity to advance the party’s renewal project.

“The ANC is in a process of purging itself of wrongdoing — both of factionalism and corruption, and people who are not prepared to serve the people,” he said.

Zolile Williams, the newly elected provincial treasurer of the ANC in the Eastern Cape, will not be drafting his resignation letter from his ...
Politics
1 week ago

Re-elected Eastern Cape ANC provincial chair Oscar Mabuyane has reiterated his and the province’s support for the return of Cyril Ramaphosa as ...
Politics
1 week ago

Zweli Mkhize’s ghost loomed large at the ANC Eastern Cape provincial conference as his backers showed their hand at the chaotic start of the ...
News
2 weeks ago