Leadership 'excited' to hand over improved party in province 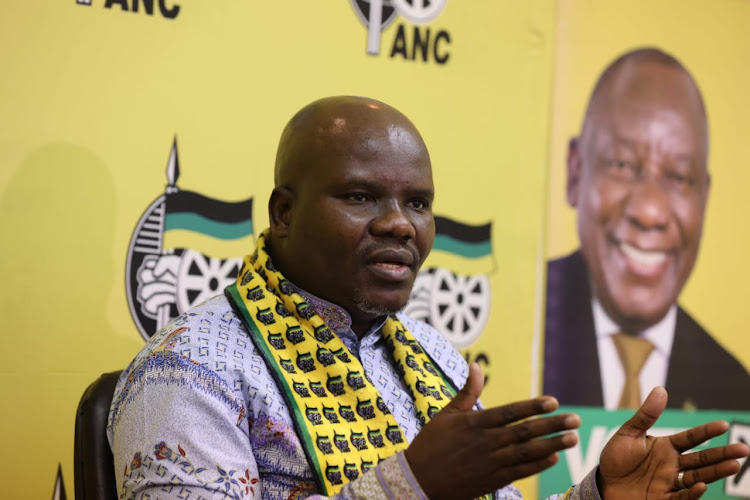 The outgoing ANC leadership in KZN this weekend is set to hand over a party in a better state.

This is according to the KZN provincial secretary Mdumiseni Ntuli, who said on Thursday that reflecting on their work over the past four years the party’s leadership was “excited” that it would be handing over an improved ANC to the provincial conference.

The ANC in KZN will be electing new leadership at the conference this weekend.

Ntuli, outgoing chairperson Sihle Zikalala and treasurer Nomusa Dube-Ncube will present reports at the event on the party's performance under their leadership. These reports include a political overview by Zikalala, an organisational report by Ntuli and a financial report by Dube-Ncube.

Ntuli told the media that, despite challenges including the deadly July riots, the provincial executive committee (PEC) has had many successes, internally in the party and in government as well.

He made reference to the decline in the political killings which had become synonymous with the province for years. This decline, he said, showed that the party was doing well in uniting the deeply divided ANC comrades in the province.

The manner in which the province, and the country, dealt with the Covid-19 pandemic was also admirable, Ntuli said.

The province also boasts the biggest party membership with almost 200,000 members and the biggest electoral support in the country.

“We are excited that we are bringing back to the ninth provincial conference an organisation that is not only stable but also united.

“This PEC has essentially steered the organisation to a point of having at least all 11 regional executive committees of the ANC being duly elected, properly constituted and with none being caught in ...  internal conflict that we have seen in the past ...” Ntuli said.

“We say that this isa fundamental progress for the ANC in KwaZulu-Natal ... we have understood from the time we were elected that we have the biggest responsibility in the ANC, largely because we are the biggest province in terms of membership [and] electoral support ... and that of course imposes a particular burden on us being privileged to be elected to lead the ANC in KZN.”

Ntuli hailed the province’s handling of the pandemic and how the party continued to grow, though the Covid-19-imposed lockdown meant the party could not campaign as it normally would.

“Besides Covid-19 and the burden it imposed on us, which resulted in the ANC and everybody in the country having at least a year-and-a-half, if not two years, of inactivity, where the ANC as a mass organisation was not able to mobilise and organise ...” Ntuli said.

“... the work the ANC succeeded to do with those major constraints is work that we believe the delegates at the ninth provincial conference will be proud of.”

Ntuli also attributed the successes to the leadership elected from different slates, as this meant that the PEC was able to serve everyone.

The ANC in KwaZulu-Natal believes Zandile Gumede will adhere to the decisions on the step-aside rule by declining nomination at the party’s elective ...
News
3 weeks ago

Whether he does so in court or elsewhere, the president must take the nation into his confidence, says provincial secretary Mdumiseni Ntuli.
Politics
3 weeks ago

eThekwini, KwaZulu-Natal’s biggest region in the ANC, is yet to decide on who it will be supporting at the province's elective conference — a day ...
Politics
3 weeks ago