The SA Open has no shortage of South African star power 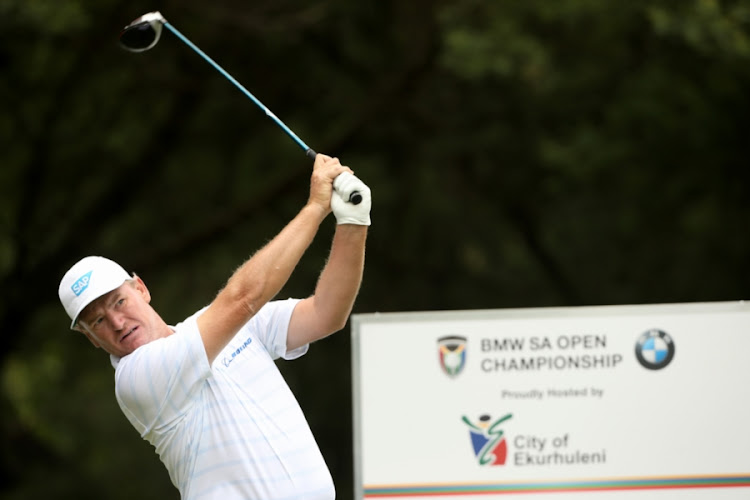 Ernie Els during the previews of the 2018 BMW SA Open Championship at Glendower Golf Club on January 10, 2018 in Johannesburg, South Africa. EDITOR'S NOTE: For free editorial use. Not available for sale. No commercial usage.
Image: Luke Walker/Sunshine Tour/Gallo Images

It doesn’t have the eye dimming sparkle it had a year ago when Rory McIlroy thrilled large galleries from tee to green‚ but the SA Open‚ which starts at Glendower on Thursday‚ has some local star power.

McIlroy‚ who lost out to Graeme Storm in a highly climactic sudden death play-off that went back and forth up the 18th hole‚ injured his back during the tournament and it was to have a profound impact on his early season activity.

In the Northern Irishmen’s absence‚ tournament host Ernie Els has tried to ensure all the top local talent is assembled.

Most eyes‚ however‚ will be on the top ranked South Africans who have been gathered under the banner ‘the boys are back’.

The defence of his SA Open title never got off the ground last year so it is perhaps understandable that the gifted Stone recalls little of the event.

He‚ however‚ remembers his triumph two years ago like it was yesterday.

“It doesn’t feel like it’s been two years‚ if I’m completely honest‚" he said.

"The memories from the victory‚ obviously‚ are still fresh.

"I can’t actually remember last year’s event too much‚ which is probably a good thing because I didn’t play that great.”

He has liked what he’s seen about the course where he proved a popular winner in 2016.

“Glendower is in great shape this year. It’s actually probably the best I’ve seen it which is saying something because every year has been good.

“The rough’s up‚ the greens superb and really‚ really quick.

"So‚ it should be a very fun and interesting week.”

“I have mostly good memories but I was runner up here in the SA Open in 1994.

"Last year I didn’t have good memories but hopefully I’ve come back with a better game this year‚” said Goosen‚ who is hoping to turn back the clock.

Immelman‚ the 2008 Masters champion‚ is coming into the event cold.

“I haven’t played in a tournament since last year’s Scottish Open‚" Immelman said.

"I’ve practiced hard over the last month or so and my game feels pretty good.”

He’ll be in the same morning group as Els and Immelman.

Donaldson and Molinari are grouped together‚ while Schwartzel and Grace will be joined by Chris Wood.

Tiger Woods hopes to play a full 2018 schedule, he said on Friday, while at the same time declining to commit even to competing in February’s Genesis ...
Sport
4 years ago

The PGA Tour on Monday said it has suspended Australian Mark Hensby for one year for violating the sport's anti-doping policy.
Sport
4 years ago

Wearing his blue Stetson hat‚ Finland’s Tapio Pulkkanen is more than ready for a shootout on the weekend of the Joburg Open with South African Erik ...
Sport
4 years ago