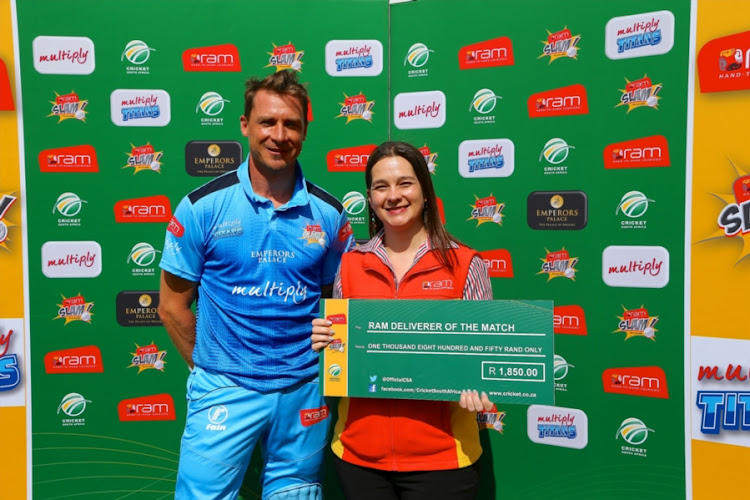 Dale Steyn will be back in whites for the first time in more than a year when a SA Invitation XI play Zimbabwe in a tour match in Paarl this month.

Steyn was sidelined in November last year when he broke his shoulder and injured three major muscles while bowling in the first test against Australia at the WACA in Perth last November.

He made his return to action last month and has bowled 14 overs in four T20s for the Titans this season.

Steyn features in a 15-man squad named for the match in Paarl‚ which will be played from December 20 to 22 and will serve as a warm-up for the four-day‚ day/night‚ pink-ball test between South Africa and Zimbabwe at St George’s Park starting on December 26.

AB de Villiers‚ who has opted out of all 17 tests South Africa have played since January last year and has played only one first-class match for the Titans this summer‚ is also in the squad.

As is Chris Morris‚ who has played two T20s for the Titans since recovering from a back injury.

But he also hasn’t played first-class cricket since the test series against Bangladesh in September and October‚ and the other members of South Africa’s top five all faced more significantly more balls in the two matches than his 206 deliveries.

Cricket SA‚ SACA reach settlement - but where are the numbers?

Players who signed with franchises in the aborted inaugural edition of the T20 Global League (T20GL) will be paid up to 60% of the value of their ...
Sport
4 years ago