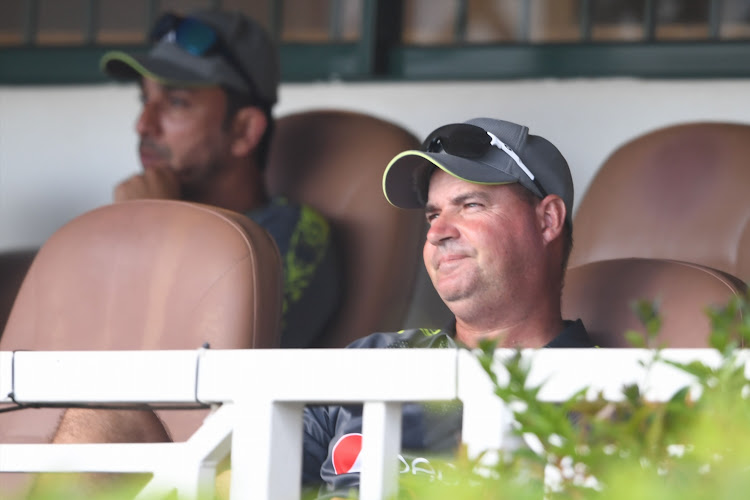 Pakistan coach Mickey Arthur has insisted that his team return home a better side with important lessons learnd despite having lost to the Proteas in all the formats during their disappointing two-month tour to South Africa.

The Proteas beat Pakistan 3-0 in the Test series‚ 3-2 in the ODIs series and 2-1 in the T20 series but Arthur said his team have learned from playing on spicy South African wickets‚ and they also ticked an important box with regards to World Cup preparations.

“We have been on the road for four-and-half months‚ at hotels‚ if you factor in that we played against Australia and New Zealand in the United Arab Emirates (UAE)‚” he said after their 27-run T20 win over Proteas at SuperSport Park in Centurion on Wednesday might.

“I genuinely believe that we are a better team than we were before arriving in South Africa last year.

“We are a better team for our World Cup preparations and playing in foreign conditions and I am proud with the way the guys have stuck to their guns.

Proteas speedster Lungi Ngidi says he's not worried about the choker's tag that's normally associated with the South Africans ahead of an ...
Sport
3 years ago

“We gained valuable knowledge and confidence on playing against the frightening South African fast bowling attack.

“Throughout the South African tour‚ we have seen how guys have grown because this is a tough place to tour and no Asian team comes here and win. For us to have competed throughout the series was pleasing.

“I am incredibly happy how the young boys have grown during this tour. We will certainly come back a far better team in future‚ there were only three guys in the Test team who have toured SA before.”

Arthur also gave credit to the Proteas‚ who were brilliant at times‚ especially in the Test series‚ where they won by convincing margins of six wickets‚ nine wickets and 107 runs at SuperSport Park‚ Newlands and Wanderers respectively.

The plot around Ottis Gibson’s possible return to England is thickening‚ what with one of his former charges there voicing dressingroom support for ...
Sport
3 years ago

“Full marks to South Africa because they played the crunch moments well during the tour. I have been very impressed with this South African team in all the formats.

“They have lots of talent and they unleashed more young players in this T20 series and guys keep on stepping to the plate. I think they are in a good position.”

He praised the Pakistan Cricket Board (PCB) for backing Sarfaraz Ahmed as captain after he left the camp early following a ban by the International Cricket Council (ICC) for his racist remarks on Andile Phehlukwayo.

“It is a good decision. I spoke to the chairman this week and we had a long discussion about it‚” Arthur said.

“There has been a long speculation about him and the Pakistan media is vicious‚ as you can imagine‚ and it is a tough environment when you are not winning.

Sri Lanka are accustomed to overseas batting struggles, but their mountain will be that much higher without their two best batsmen in Angelo Mathews ...
Sport
3 years ago

“’Safi’ [Sarfaraz] was feeling the pressure but we can now focus on preparing for the World Cup.”

Arthur said that he hopes for a good reception when Pakistan arrive back home.

“I hope the Pakistan media and the public sees the positives from this tour.

"I am doing a press conference in Lahore on Friday morning and I am hoping that they see it for what it is‚ and the fact that Pakistan doesn’t have the history of winning here.

“I hope they see how Babar Azam‚ Imam ul-Huq and a couple of our young players are developing because that is the biggest takeaway from the tour.”