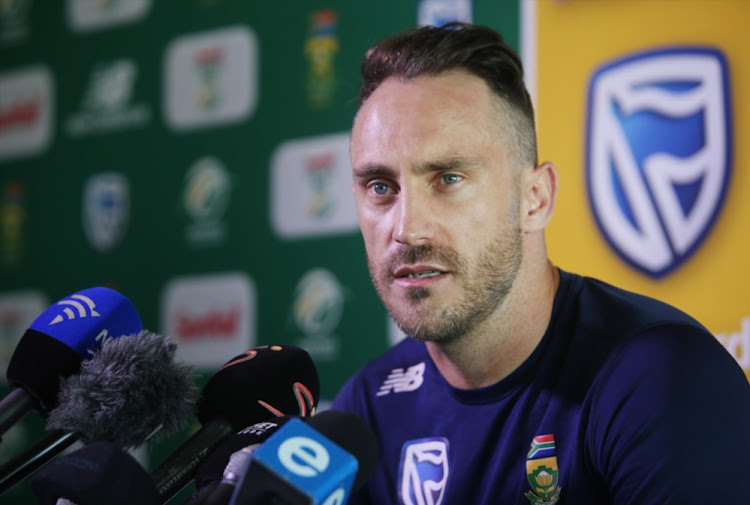 Faf du Plessis maintains he is still the captain of South Africa’s men’s T20 team‚ even though he won’t even be in the squad in India next month.

But there is less confusion about his retirement.

Having hinted previously that next year’s T20 World Cup will be his international swansong‚ he has confirmed that to be the case.

In an interview with the Mumbai Mirror‚ Du Plessis was quoted as saying: “CSA [Cricket South Africa] are going to use opportunities through the season to bring in different captains in white-ball cricket to prepare for when I’m going to be done after the T20 World Cup.

"I’m still the captain of the T20 team and very much part of it.” 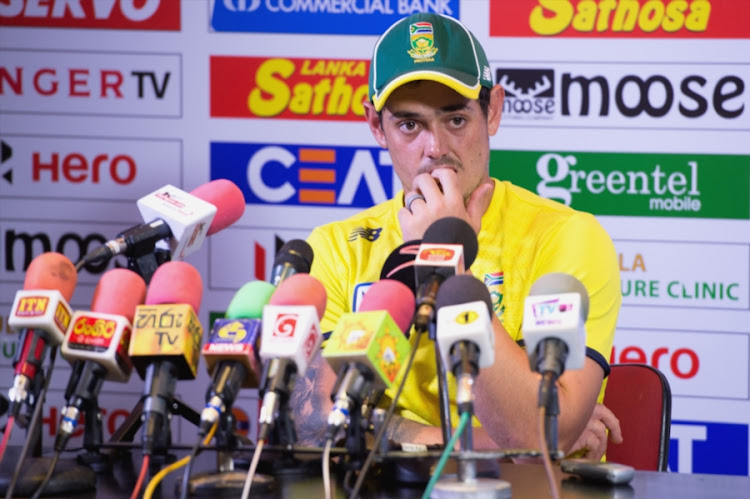 Quinton de Kock was named captain of the T20 side that will tour India in October.
Image: Sameera Peiris/Gallo Images

Quinton de Kock was named on Tuesday as South Africa’s captain for the three-match series‚ with Du Plessis set to arrive in India in time to take the reins for the Test series that will follow in October.

Asked last month to confirm that Du Plessis would miss the T20 series because he had agreed to play in the Euro T20 Slam‚ which was due to end on September 22 — the same day the third match of the India-South Africa rubber — team management said‚ “He is only going in as a replacement for Rashid [Khan] so he will come back early to join the India squad.”

Du Plessis denied to the Mirror that he had chosen club over country: “Not at all. If I am there then a young captain can’t run his own ship.

“Always he will look over his shoulder [to find out] what I’m thinking. It’s about growing leaders in a year’s time when I’m done.” 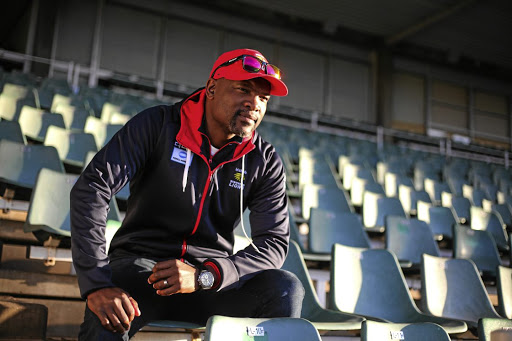 Highveld Lions coach Enoch Nkwe is in charge of the team on an interim basis and will be at the helm during the tour of India.
Image: Alaister Russell

The situation was complicated further on Wednesday when the Euro T20 Slam was cancelled because of money troubles two weeks before it was scheduled to start.

Du Plessis was to have played for the Belfast Titans with Dale Steyn signed up by the Glasgow Giants.

And that despite Cricket South Africa’s acting director of cricket‚ Corrie van Zyl‚ telling Sport24 on Tuesday that Steyn‚ who came home from the Cricket World Cup without playing a game because of a shoulder injury‚ was “not yet medically ready and our information makes that very clear”.